Artistic representation of RFA One being launched from Andøya.

Augsburg, Germany. Rocket Factory Augsburg AG (RFA), a participation of space technology company OHB SE, will be establishing a launch site for a micro launcher together with Norwegian company Andøya Space. The two partners have now signed a letter of intent to this effect. The site is to provide launch services for small satellites from 2022.

"This partnership is of key importance as it will enable RFA and Andøya Space to launch the first satellite from continental Europe on a European launch vehicle," said Dr. Stefan Brieschenk, Chief Operation Officer of RFA.

Jörn Spurmann, Chief Commercial Officer of RFA, added: "We are convinced that with Andøya Space we have found the best partner to offer our customers our end-to-end launch service from 2022 onwards".

Andøya Space is building the new launch complex on the island of Andøya, 35 kilometres south of the existing launch site for suborbital flights. This new site will provide independent integration facilities and access to two launch pads with the necessary support infrastructure for operators of launchers in the 1.5 ton payload class.

RFA is supported by space technology company OHB SE and Munich-based venture capital firm Apollo Capital Partners as strategic investors. The company is currently developing a launcher system called RFA ONE with a payload capacity of 1.5 tons. The launcher is intended to place small satellites in a low earth orbit from Europe. The first launch is planned for 2022. RFA has recently qualified the tank system of the upper stage of the launch vehicle in cryogenic tests and is currently preparing hot fire tests of the main engine in Esrange, Sweden.

"We are convinced that Rocket Factory Augsburg is one of the most advanced small satellite launch vehicle companies in Europe. Having them commit to Andøya Space as a partner is of great significance to us. RFA has the technical capabilities, innovative culture and enthusiastic team that we need in a partner to move our project forward. We look forward to supporting them in their missions into polar and sun-synchronous orbits," says Odd Roger Enoksen, CEO and President of Andøya Space.

Rocket Factory Augsburg AG (RFA), the leading launch service provider based in Germany, signed a ground breaking MoU with Norway based Andøya Space, to implement a launch site for the RFA ONE launch system to provide end-to-end launch services for small satellites. 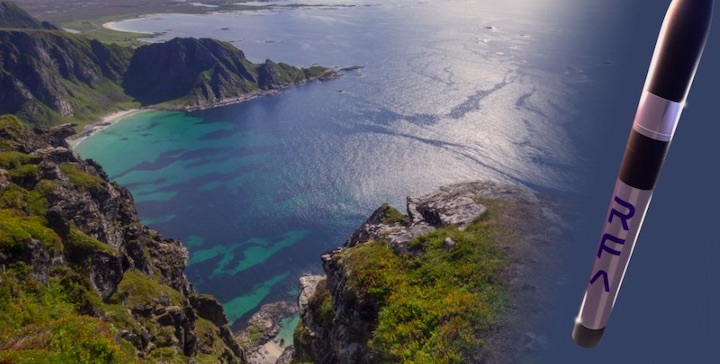 “This partnership is pivotal, it allows RFA and Andøya to launch the first satellite into orbit from continental Europe with an European launcher” said Dr. Stefan Brieschenk, Chief Operation Officer of RFA.

Jörn Spurmann, Chief Commercial Officer of RFA, added, “Andøya Space is the most advanced micro launcher spaceport project in Europe. We believe to have found the best partner to start with the delivery of our end to end launch service to our customers in 2022.”

Andøya Space is developing the new launch complex on Andøya island, 35 km south of their existing sub-orbital launch site. This new site will provide operators of vehicles in the 1.5t payload class with independent integration facilities and access to two launch pads with necessary support infrastructure.

Rocket Factory, a start-up backed by the German satellite manufacturer OHB as a strategic investor and Munich-based venture capital firm Apollo Capital Partners, currently is developing a launcher system called RFA ONE for small satellites with a payload performance of up to 1.500kg to low earth orbit (LEO). The first launch is scheduled for 2022. The company recently qualified the upper stage tank system during cryogenic tests and is currently preparing hot-fire tests of the main engine in Esrange, Sweden.

“We are convinced that Rocket Factory is one of the most progressive SSLV companies in Europe. Having them commit to Andøya Space as a partner is of great significance to us. We are developing an efficient multi-user launch site in Norway, and Rocket Factory has the technical capabilities, the same innovative culture, and the enthusiastic team we need in a partner to help us take the spaceport initiative forward. We look forward to supporting them in their missions to polar- and sun synchronous orbits.”, said Odd Roger Enoksen, CEO and President of Andøya Space.

RFA is at the forefront of the global new-space launch vehicle development, with its state-of-the-art staged-combustion engine technology. This high-performance engine design, coupled to lowest-possible-cost production techniques, is essentially new to Europe, and through the support of OHB, RFA has managed to acquire key technologies and key talent that will propel the business case of the RFA One launch vehicle to dominate the market on a global scale. Recent firing tests have demonstrated that RFA is on a winning path to establish Europe’s most efficient and powerful rocket engine technology. Recently, RFA won the first round of the micro-launcher competition of the German Space Agency DLR, which granted RFA a letter of support to submit a proposal to ESA’s Boost! programme.

Since its foundation in August 2018, RFA established a team of 75 (as of September 2020) New Space veterans from 20 different nationalities having a demonstrated track record from previous small launcher projects. An own turbopump prototype was developed from scratch and has undergone first successful tests mid-2019. The Upper stage tank qualification under cryogenic conditions was successfully conducted beginning 2020. At the same time an engine test site is being implemented in Sweden, which will host the hot-fire test of the RFA staged combustion engine from September 2020 onwards. On top, the avionics system test readiness will be given by fall 2020 and RFA will be happy to report about first successful hardware in the loop test results. All system developments being executed in parallel, RFA is happy to present the status of the upcoming integrated stage test next the year. For more information, visit: www.rfa.space 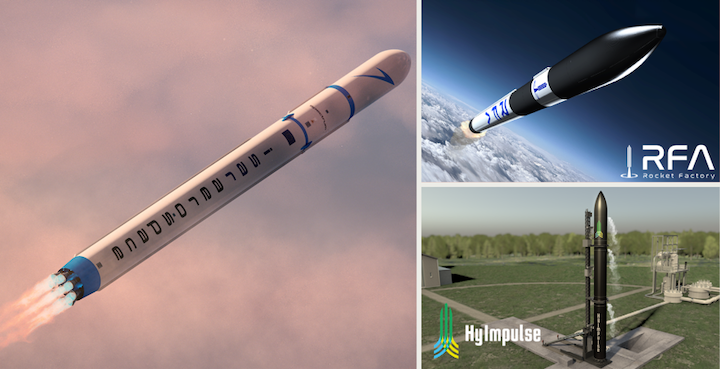 The three support contracts announced Nov. 3 are worth 500,000 euros each and are the first awarded under Boost!, an ESA program that aims to foster new commercial space transportation services. The agency adopted Boost! during Space19+, an ESA ministerial-level council meeting held in November 2019, and announced an open call for proposals in April.

Each of the three Boost! contracts outlines specific outcomes the funding will assist the companies in achieving over the next six months.

HyImpulse is developing the three-stage SL1 launch vehicle, which is designed to carry payloads of up to 500 kilograms to low Earth orbit. The vehicle is expected to make its debut in 2022.

Under its Boost! contract, Neuenstadt am Kocher, Germany-based HyImpulse plan to use the ESA funding to finalize the SL1’s design and develop ground support equipment.

Rocket Factory Augsburg, the launch arm of German space technology company OHB SE, is developing its three-stage RFA One launch vehicle, which is designed to carry 1,300 kilograms to a 300-kilometer polar orbit. The vehicle is slated for a late 2021 maiden launch from Norway’s Andøya Spaceport.

The funding provided under Rocket Factory Augsburg’s Boost! contract is expected to support the development of a first-stage demonstrator for the RFA One.

Isar Aerospace is working on its two-stage Spectrum vehicle, which is designed to carry payloads of up to 1,000 kilograms to low Earth orbit. The maiden flight of the Spectrum vehicle is currently slated for 2021.

HyImpulse, Rocket Factory Augsburg, and Isar were submitted for consideration to receive ESA Boost! funding as the first-round winners of the German space agency, DLR’s microlauncher competition. The three-stage competitive development drive will award a combined 25 million euros in funding supplied by Germany’s Federal Ministry for Economic Affairs and Energy (BMWi) and managed under the ESA Boost! program.