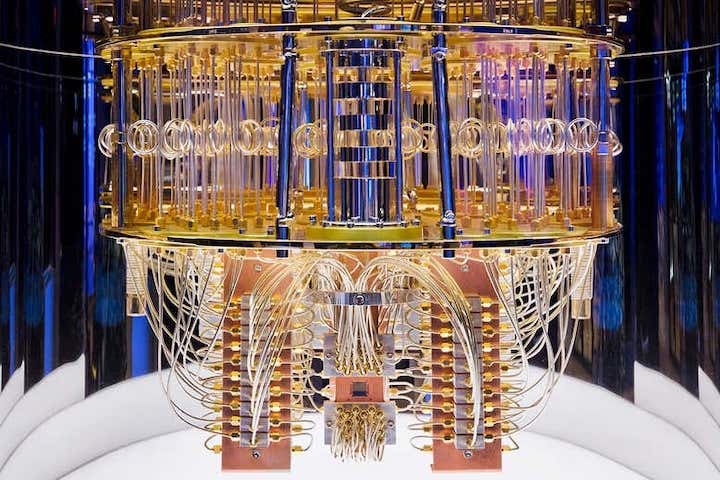 Radiation from space could be a big problem for quantum computers, because cosmic rays can disturb their fragile inner workings and limit the kinds of calculations they may one day perform.

Quantum computers are made of quantum bits, or qubits, which are used to store and manipulate quantum information. When designing qubits, one of the most important factors is the coherence time, which is the amount of time a qubit can remain in a particular state.

“The longer you have, the more calculations you can do, the more complex calculations, and the more reliable those calculations are,” says Brent VanDevender at the Pacific Northwest National Laboratory (PNNL) in Washington state. “Even a few milliseconds is not really long enough to do general-purpose quantum computing.”

He and his colleagues used two qubits to test how much radiation in the environment affects the coherence time of a type of qubit based on superconductors. Superconductors use pairs of electrons to carry charge, but previous experiments have shown that those pairs are split apart far more often than expected, which lowers coherence time.

The researchers found that background radiation, both from nuclear decay events that happen naturally in all sorts of materials and from cosmic rays that penetrate everything, can account for all those extra broken pairs of electrons.

That radiation isn’t a problem for quantum computers yet because there are other sources of noise that are more prevalent, they say, but as quantum computers get better over the next decade, it could be a limiting factor. Some of the radiation can be stopped by using a lead or concrete shield around the computer or placing it underground like physicists do with other experiments that are sensitive to cosmic rays.

However, if quantum computing is to become more widespread, the idea of putting all the computers underground “starts to get ludicrous and becomes an argument for other kinds of qubits”, says VanDevender. Instead, he and his colleagues are working to make qubits that can tolerate a few broken electron pairs without losing their coherence.

That could have a surprising benefit for other physics experiments, which have detectors that look for radiation caused by dark matter particles or neutrinos. These often need high sensitivity to broken electron pairs. “If you can design a qubit that is less sensitive to these broken pairs, you can almost certainly design a physics detector that is more sensitive,” says Ben Loer, also at PNNL, who worked on the study.