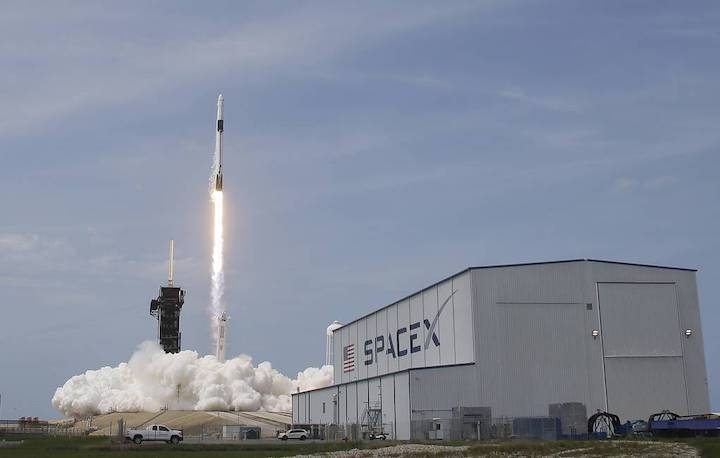 "We looked online, and just happened to realize there was a launch," said Mike Smits from Milwaukee, who's enjoying vacation with his family.

Smits is a self-professed space nerd, and when he saw the latest SpaceX launch fell during their trip, he had to watch.

"We really lucked up, it didn't scrub, it didn't push, the weather held out," he said.

In years' past, with fewer launches heading up, there were fewer chances to see one.

But that's changing at a rocket engine pace.

"It's an exciting time at the Cape," said Mark Bontrager, the Spaceport Operations vice president for Space Florida.

He's says we are seeing the fruits of their labor for the past decade since the shuttle program came to a halt.

"With an incredible launch cadence since the 70s or late 60s when we were testing missiles here," Bontrager said.

Early Wednesday on August 26 at 2:16 a.m., a United Launch Alliance Delta IV-Heavy rocket will send up a classified spy satellite for the National Reconnaissance Office.

Turn the page to the next night, a Space X Falcon 9 is set to launch the SAOCOM satellite for Argentina's space agency.

And if SpaceX's next Starlink mission meets a targeted August 28 date, that will be three launches in three days.

"When you know the level of effort and take the range, and turn it from one rocket to another in three days, it speaks to the capability of this team," said Bontrager. "What we call the Cape Canaveral Spaceport."

Smits is thrilled to have seen a launch in person, and with the launch assembly line in full gear, there may be more to watch in the future.

"Seeing it with my own eyes is awesome," he said with a smile.

Space Florida has a goal of increasing the space industry economic ​impact in Florida from $2 billion to $10 billion in the coming years.