But will Captain Kirk really "beam up?" 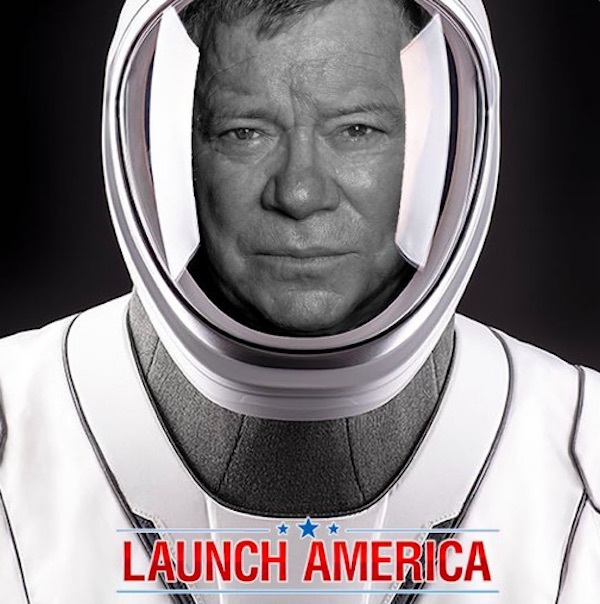 The actor who played astronaut Captain Kirk on "Star Trek" hinted during an online San Diego Comic-Con panel that he may be interested in going to space after all, although he wants to make sure it's safe.

William Shatner, moderating a panel about NASA's future in space, appeared to step back from previous statements in 2013 about Virgin Galactic, Richard Branson's private space tourism company, then saying he was so scared of human spaceflight that he would never venture on a rocket himself.

That said, in May of this year Shatner tweeted at NASA, tongue-in-cheek, asking if he could join the SpaceX Crew Dragon Demo-2 commercial spaceflight to the International Space Station (ISS). "Just in case; the suit does fit!" he tweeted with a picture of himself added to a photo of a SpaceX suit. So perhaps the 89-year-old actor is changing his mind.

"There's a possibility that I’m going to go up for a brief moment and come back down," Shatner said during the Comic-Con panel Saturday (July 25), which was focused on NASA's Artemis program that aims to put people on the moon in 2024, referring to going on a commercial suborbital flight in the future.

Shatner added, however, that the "O-ring problem" still keeps him worried about seeking astronaut wings for real. He was referring to the 1986 Challenger space shuttle explosion, which killed seven astronauts. Its numerous causes included a failure in a solid rocket booster seal, called an "O-ring."

NASA implemented numerous fixes after Challenger, as well as another fatal accident that claimed seven astronauts on board space shuttle Columbia in 2003. The agency has said it is very focused on safety for the Artemis program, even though the Trump administration accelerated its timeline for landing the first crew from 2028 to 2024. Bill Gerstenmaier, who served as NASA's human spaceflight chief for 14 years, and his successor Doug Loverro, who held the position for only seven months, resigned or were transferred in the last year.

The new associate administrator for NASA's Human Exploration and Operations Mission Directorate, Kathy Leuders, said earlier this month that 2024 is not a guaranteed date for the human landing due to safety considerations as well as possible further delays induced by the novel coronavirus pandemic. For example, NASA's massive Space Launch System rocket completed a key test in early July that was delayed a few months due to COVID-19, the disease caused by the novel coronavirus. 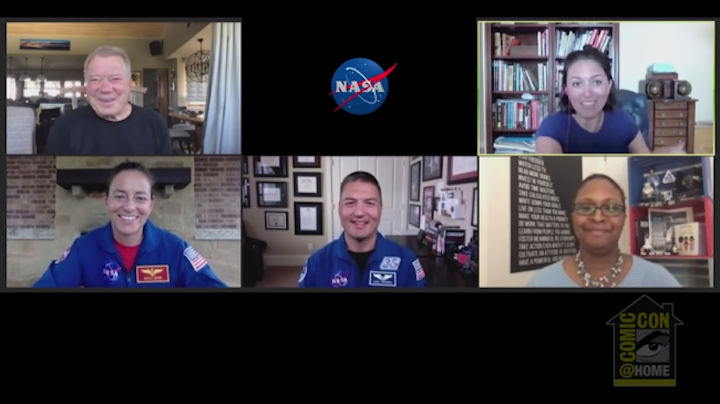 Much of the Comic-Con panel about Artemis served as an informal defense as to why it is taking "so long," in Shatner's words, to put people on the moon now compared with the 1960s. Numerous factors likely underlie the situation, including the fact that NASA's share of the federal budget is much less in the 2020s than it was in the 1960s, when technological superiority in space against the Soviet Union was deemed a national priority.

NASA participants on the panel, however, pointed to safety and developing advanced systems as some of the reasons why Artemis is moving along carefully. The Apollo program landed 12 people on the moon between 1969 and 1972 after it was first worked on in earnest in the early 1960s; the 51st anniversary of the first human moon landing took place days before the panel, on July 20.

"Our systems are much safer and much more technologically advanced than in the past," said NASA astronaut Nicole Mann. Astronauts will also be spending a lot longer on the lunar surface, Mann said. Instead of a few days on the surface, NASA eventually plans advanced excursions for its crews that could last a month or more — either in habitats, or in advanced rovers, or both.

Artemis astronauts, unlike their Apollo counterparts, will be supported by a space station called Gateway in lunar orbit, Mann added — a space station that will take time to build on top of the spacesuits, habitats and other systems astronauts will use on the surface. (In March, however, Loverro announced Gateway is no longer on the "critical path" for human landings to simplify the effort needed to put boots on the moon.)

One big change compared with the Apollo program will be how flexible and modular the Artemis spacesuits will be. NASA space technologist Lindsay Aitchison told panel participants that one of the main goals is to "fit the entire cadre of the astronaut corps in a much smaller set of parts" — which, presumably, would avoid problems such as spacesuit sizing in older ISS Extravehicular Mobility Unit spacesuits that delayed the first all-female spacewalk that happened in 2019.

The Artemis spacesuit will also have bearings in the joints that will allow astronauts to bend, twist and pick up items with much more flexibility than Apollo astronauts, who had to "bunny hop" on the surface to overcome the stiff spacesuit available to them. Shatner asked about how mobile the astronauts would be, referring to Apollo 14 astronaut Al Shepard's efforts to play golf on the lunar surface in 1971. "They'll play golf, but they'll have a much better stroke this time," Aitchison assured him about Artemis astronauts.

More advanced tech is coming down the pipe for human missions, too. NASA space tech engineer LaNetra Tate pointed to numerous technologies expected to advance human spaceflight as it prepares for Mars exploration, ranging from the Perseverance rover expected to launch to the Red Planet this summer, to the solar electric propulsion tech that will be far more efficient than chemical propulsion in bringing astronauts further into space.

Tate added that all kinds of science fiction shows inspired her to pursue an advanced degree for her Ph.D., which eventually led her from watching space shuttles launch from her backyard in Florida to working at NASA's headquarters in Washington, D.C.

Tate said it's great to be able, through science fiction and through science reality, to "share the excitement and inspiration that we inspire at NASA, and being able to extend that to my son — who's now part of this great 'Artemis generation'. We're trying to inspire the next generation of scientists and researchers."