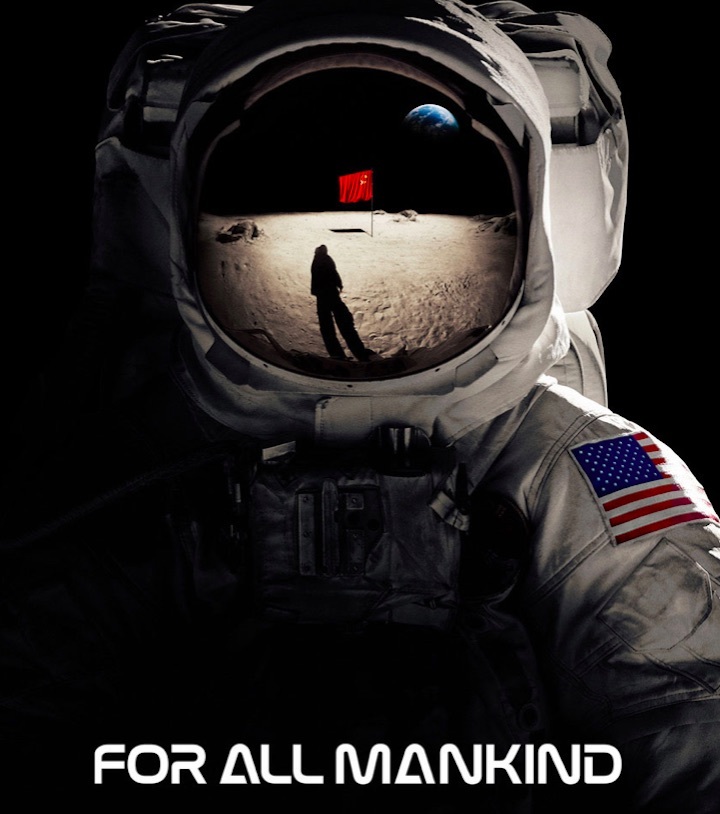 Apple has released a first look at the second season of its alternate space history series, "For All Mankind." (Apple TV+)

The space race between the United States and Soviet Union will charge into uncharted territory — and history, based on the first look at the second season of "For All Mankind."

Creator Ronald D. Moore previewed the series' second installment during a San Diego Comic-Con@Home virtual panel that streamed Saturday (July 25) on YouTube. "For All Mankind," which debuted on the Apple TV+ premium service in November 2019, explores what might have happened to both countries' space programs had the Soviets beaten the Americans to landing the first man on the moon 50 years ago.

The real-life history of NASA's Apollo moon landing program served as the jumping off point for the series' first 10 episodes, which were set between 1969 and 1974. The second season leaps a decade ahead into the early 1980s.

The new, minute-long teaser opens on a view of Earth and the moon from deep space. The majesty, though, is fleeting, as the voice of Ronald Reagan warns, "the greatest threat that the United States faces is posed by the Soviet Union."

"History has asked much of the Americans of our time, much we have already given. Much more we must be prepared to give," says Reagan. "We must maintain peace through strength as long as necessary."

Underscoring — and scoring — the president's words, are the opening beats of the Eurythmics' 1983 song "Sweet Dreams (Are Made of This)." (As a side note, the music video for the same track began with Annie Lennox backdropped by footage of a Saturn V launch and the Apollo 11 astronauts, making the song an appropriate choice.)

The "For All Mankind" teaser includes scenes showing an upgraded Apollo-style mission control, an expanded version of the Jamestown moon base (as first established in season one) and a space shuttle launch. The video also reveals 10 astronauts walking on the moon at the same time — almost as many as the dozen who have ever walked on the moon, in pairs of just two, in actual history — and Soviet cosmonauts wearing what looks to be Sokol-inspired pressure suits on the lunar surface.

It is another pair of scenes, though, that really stand out as diverting the "For All Mankind" timeline from our own.

A brief segment shows the space shuttle Columbia much farther out into space than the real vehicle ever flew or was capable of reaching. The planet Earth is seen in full, suggesting that the winged orbiter may be near or on its way back from the moon.

And then there are the armed American astronauts.

In several quick clips, spacesuited crew members are shown on the moon holding semi-automatic weapons that are styled similarly to the look of Apollo lunar tools. Why the astronauts are bearing guns, or why a military leader (an officer in some type of Space Force?) recommends "the moon go to Defcon 3" is left unanswered.

"Once we do this thing, there is no going back," cautions astronaut Ed Baldwin (Kinnaman), just before the teaser fades to the title card announcing season two.

A premiere date for the new season has not been released. Season one of "For All Mankind" remains available for streaming on the Apple TV+ service.

Comic-Con@Home panel with the cast and crew of Apple TV+'s "For All Mankind." Click to enlarge video. (Comic-Con International) 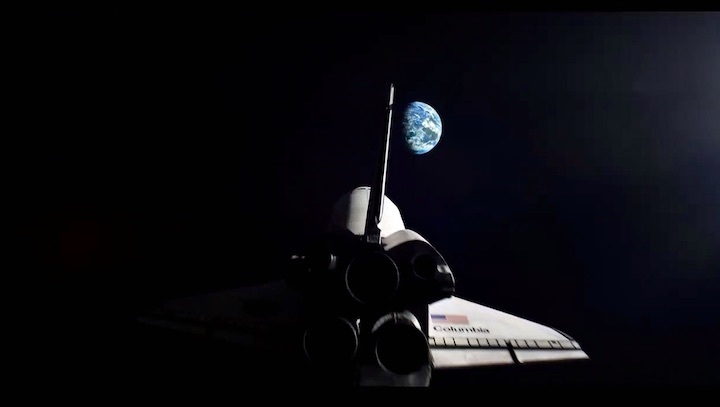 Space shuttle Columbia heads back to Earth — from the Moon? — in the the first teaser for the second season of Apple TV+'s "For All Mankind." (Apple TV+) 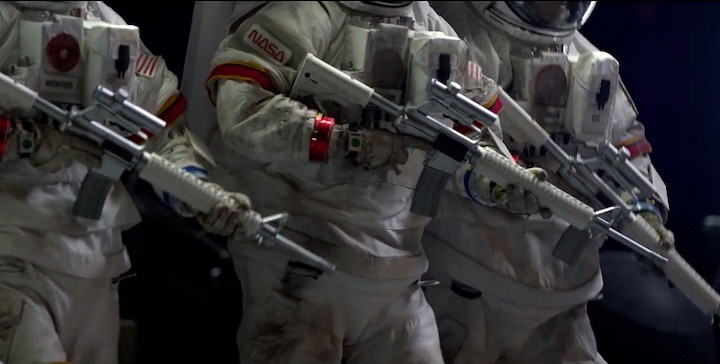 NASA astronauts take up arms on the moon in the first teaser for the second season of Apple TV+'s "For All Mankind." (Apple TV+)
Quelle: CS
Raumfahrt - 'For All Mankind' enters the shuttle era in first look at season two
121 Views
Created with page4