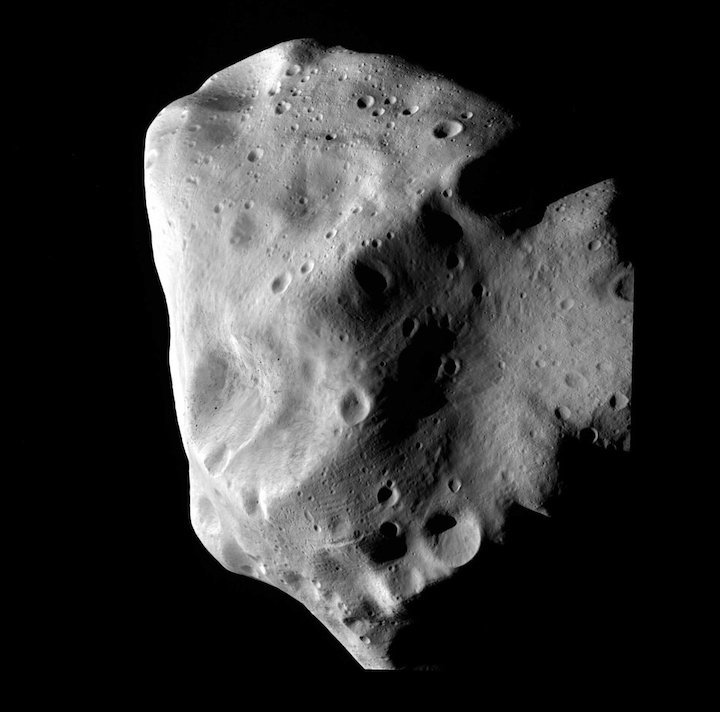 ESA’s Gaia space observatory is an ambitious mission to construct a three-dimensional map of our galaxy by making high-precision measurements of over one billion stars. However, on its journey to map distant suns, Gaia is revolutionising a field much closer to home. By accurately mapping the stars, it is helping researchers track down lost asteroids.

Gaia charts the galaxy by repeatedly scanning the entire sky. Over the course of its planned mission, it observed each of its more than one billion target stars around 70 times to study how their position and brightness change over time.

The stars are so far from Earth that their movements between images are very small, hence why Gaia has to measure their positions so accurately to even notice a difference. However, sometimes Gaia spots faint light sources that move considerably from one image of a certain region of the sky to the next, or are even only spotted in a single image before disappearing.

To move across Gaia’s field of view so quickly, these objects must be located much closer to Earth.

By checking the positions of these objects against the catalogues of known Solar System bodies, many of these objects turn out to be known asteroids. Some, however, are identified as potentially new detections and are then followed up by the astronomy community through the Gaia Follow-Up Network for Solar System Objects. Through this process, Gaia has successfully discovered new asteroids.

These direct asteroid observations are important for solar system scientists. However, Gaia’s highly accurate measurements of the positions of stars provide an even more impactful, but indirect, benefit for asteroid tracking.

“When we observe an asteroid, we look at its motion relative to the background stars to determine its trajectory and predict where it will be in the future,” says Marco Micheli from ESA’s Near-Earth Object Coordination Centre. “This means that the more accurately we know the positions of the stars, the more reliably we can determine the orbit of an asteroid passing in front of them.”

In collaboration with the European Southern Observatory (ESO), Marco’s team took part in an observation campaign targeting 2012 TC4, a small asteroid that was due to pass by the Earth. Unfortunately, since the asteroid was first spotted in 2012, it had become fainter and fainter as it receded form Earth, eventually becoming unobservable. Where it would appear in the sky at the time of the upcoming campaign was not well known.

“The possible region of the sky where the asteroid might appear was larger than the area that the telescope could observe at one time,” says Marco. “So we had to find a way to improve our prediction of where the asteroid would be.”

“I looked back at the initial observations from 2012. Gaia had since made more accurate measurements of the positions of some of the stars in the background of the images, and I used these to update our understanding of the asteroid’s trajectory and predict where it would appear.”

“We pointed the telescope towards the predicted area of the sky using the data from Gaia and we found the asteroid on our first attempt.”

“Our next goal was to accurately measure the asteroid’s position, but we had very few stars in our new image to use as a reference. There were 17 stars listed in an older catalogue and only four stars measured by Gaia. I made calculations using both sets of data.”

“Later in the year, when the asteroid had been observed multiple times by other teams and its trajectory was better known, it became clear that the measurements I made using just four Gaia stars had been much more accurate than the ones using the 17 stars. This was really amazing.”

Hear Marco describe his work spotting risky asteroids - "the only natural disaster we can do something about" - in the latest ESA podcast! This same technique is being applied to asteroids that were never lost, allowing researchers to use data from Gaia to determine their trajectories and physical properties more accurately than ever before.

This is helping them update asteroid population models and deepen our understanding of how asteroid orbits develop, for example, by measuring subtle dynamical effects that play a key role in pushing small asteroids into orbits that could see them collide with Earth.

In order to make such accurate measurements of the positions of other stars, Gaia has a complicated relationship with our own.

Gaia orbits around the second Lagrange point, L2, of the Sun-Earth system. This location keeps the Sun, Earth and Moon all behind Gaia, allowing it to observe a large portion of the sky without their interference. It is also in an even thermal radiation environment and experiences a stable temperature.

However, Gaia must not fall entirely into Earth’s shadow, as the spacecraft still depends on solar power. As the orbit around the L2 point is unstable, small disturbances can build up and see the spacecraft heading for an eclipse.

Gaia’s flight control team at ESA’s ESOC mission control centre in Darmstadt are responsible for making corrections to the spacecraft’s trajectory to keep it in the correct orbit and out of Earth’s shadow. They ensure that Gaia remains one of the most stable and accurate spacecraft ever. On 16 July 2019, the team successfully performed a crucial eclipse avoidance manoeuvre, moving Gaia into the extended phase of its mission and allowing it to keep scanning the sky for several more years.