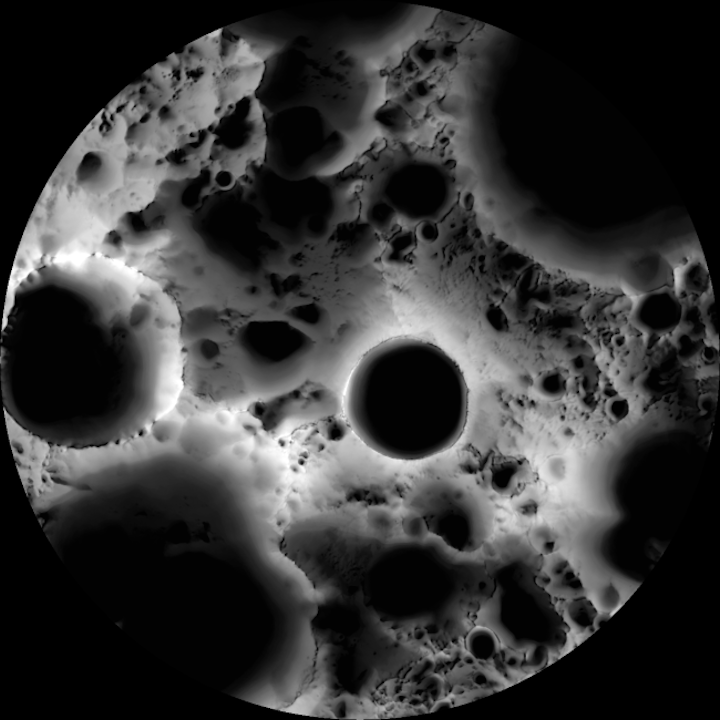 An image of the moon's south pole shows illumination over time, with the depths of Shackleton Crater near the center of the frame.
(Image: © NASA/GSFC/Arizona State University)

Listen to a couple ideas about humanity's future on the moon and you'll likely hear about the game-changing potential of a substance you probably have in your freezer: water ice.

Would-be explorers have high hopes they can harvest ice hidden below the moon's surface, both for astronauts to drink and to make rocket fuels to make round trips cheaper. But the image of robots tearing up the lunar surface and processing frozen water out from other compounds skips a step in considering resources on the moon. Ice will never be the first resource humans use on the moon, experts emphasized at a recent scientific conference.

Instead, it will be sunlight.

"The first and easiest resource that we have there is solar energy," Jake Bleacher, a geologist and chief exploration scientist at NASA headquarters in Washington, said during the Lunar Surface Science Virtual Workshop held digitally on May 28.

Energy means power, particularly for operating instruments on the lunar surface, as well as for supporting the long-term base on the moon that NASA plans to build as part of the agency's Artemis program, the short-term goal of which is to land humans at the south pole by 2024.

The two resources are direct opposites and both rely on how the moon aligns with the sun. Unlike Earth's, the axis on which the moon rotates is more or less perpendicular to the plane of the solar system, which contains the sun, Earth and moon. It's Earth's axial tilt that gives us seasons, as one hemisphere tilts to receive more sunlight, making incredibly long days at the pole, then much less for a near-constant polar night.

Not so on the moon. There, the daily cycle is constant. At the poles, the lack of tilt means light and dark are governed in large part by terrain, as more elevated locations block sunlight from reaching lower areas.

On the dark side of this divide are permanently shadowed regions, many in the craters that scar the moon's surface, where temperatures are always cold enough that water ice remains frozen. On the light side of the divide are locations sometimes nicknamed the "peaks of eternal light" — and it's here that the first lunar resource harvesters would go, exploration experts say.

"The polar location, which was specified by the [Artemis program mandate from the National] Space Council, is enabling because of the existence of the locations of near-permanent sunlight," Sam Lawrence, a planetary scientist at NASA's Johnson Space Center in Houston, said during his own presentation on the same day. "It is the illumination that's a resource."

Nevertheless, it's the potential for water ice that prompts the most discussion during these meetings and stars in NASA's written visions for how lunar exploration will become sustainable under the Artemis program.

"We heard a lot about the polar volatiles story and, to be sure, it's a good one," Lawrence said. "But it's the illumination that is the resource we're actually going after with the Artemis missions."

Raumfahrt - Yes, there's ice on the moon. But it's not the 1st lunar resource we'll use.
273 Views
Created with page4