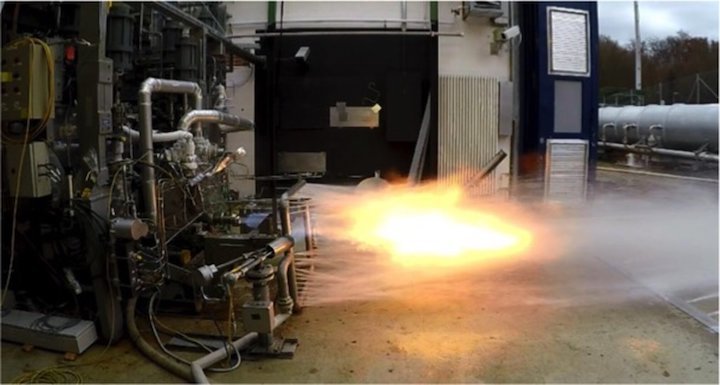 ESA’s Prometheus is the precursor of ultra-low-cost rocket propulsion that is flexible enough to fit a fleet of new launch vehicles for any mission and will be potentially reusable.

At the Space19+ Council meeting in Seville, Spain last November, ESA received full funding to bring the current Prometheus engine design to a technical maturity suitable for industry. Developed by ArianeGroup, Prometheus is now seen as key in the effort to prepare competitive future European access to space.

By applying a design-to-cost approach to manufacturing Prometheus, ESA aims to lower the cost of production by a factor of ten of the current main stage Ariane 5 Vulcain 2 engine.

Features such as variable thrust, multiple ignitions, suitability for main and upper stage application, and minimised ground operations before and after flight also make Prometheus a highly flexible engine.

In the short term it is likely that operational engines will benefit from the application of Prometheus technologies.

ALM builds a structure layer by layer, which is much quicker and easier than the traditional process of cutting away bulk material. Complex, optimised parts, impossible to manufacture via classical methods, can be created using less material and energy, and in far fewer manufacturing steps.

Components manufactured and now ready to test include the turbo pump’s turbine, pump inlet and gas generator valves. March will see the delivery of the chamber valves and on-board rocket engine computer for engine management and monitoring – the part that makes this a ‘smart’ engine and potentially reusable.

Engineers will assemble the M1 full-scale demonstrator at the end of this year for testing on the ground in 2021.

Further Prometheus engines will be built for testing into the future.

Prometheus represents a breakthrough in terms of cost and manufacturing and its robust design is the baseline for future evolutions of Ariane to 2030.