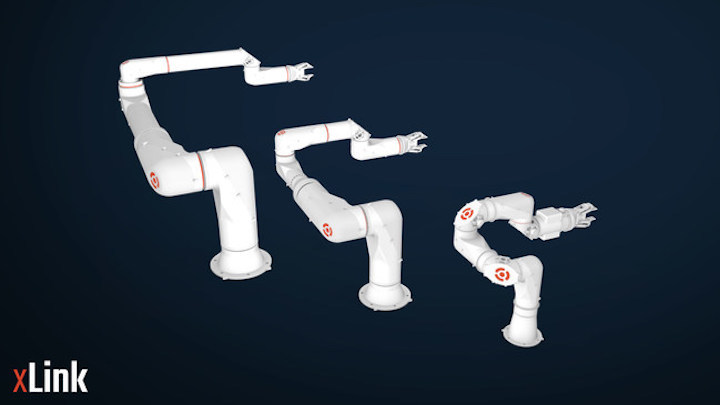 At a price point as low as 1/10th the cost of existing solutions, xLink™ puts robotic arm technology within a range of a whole new category of missions where robotics were previously cost-prohibitive. In addition to redefining the market price point, the xLink™ system also replaces the previous standard of multi-year development cycles, with delivery times as short as six months.

While xLink™ marks a brand-new technology, Motiv Space Systems is no stranger to space-rated robotic arms. The company was responsible for developing and delivering the robotic arm on NASA's JPL Mars 2020 Perseverance rover. In developing the xLink™ system, engineers at Motiv leveraged the high-reliability space flight elements and techniques from the Mars 2020 mission and combined them with modular, cost-effective technologies from Motiv's own ground-based RoboMantis™ line of robotics.

As a highly modular system, xLink™ can be configured to meet a user's unique needs, whether that's a 4-DOF trenching arm for lunar operations or a multi-armed robot for on-orbit construction. xLink™ is equipped with a range of actuation capabilities as well as force-torque sensors, tool changing capabilities, and end effectors. The system can also be enabled with Motiv's xLink™ control software, which enables new use cases for a wide range of applications including on-orbit assembly, satellite servicing, lunar and planetary vehicles, and more. "Motiv's xLink™ robotic system will fundamentally change what's possible to do in space at this price point," said Chris Thayer, President, and CEO of Motiv Space Systems. "Our hope is that this enabling technology will unlock the potential of a whole set of new space ventures that presently cannot afford this kind of on-orbit capability."

xLink's™ first scheduled deployment is on NASA/Made in Space's Archinaut One on-orbit manufacturing and assembly technology demonstration mission. The mission is currently scheduled for launch in 2022.

About Motiv Space Systems: Headquartered in Pasadena, California, Motiv Space Systems takes pride in designing both ground and space-rated robotic solutions for a range of application demands. As the respected team who provided the primary robotic arm for NASA's JPL Mars 2020 Perseverance rover, Motiv Space Systems leverages technologies from both earth and space to offer cost-effective solutions for robotics in a variety of industries. Their newly launched xLink™ Space-Rated Modular Robotic Arm System is highly capable and has a profoundly flexible architecture, redefining the market for space-rated robotic arms in terms of both cost and capabilities.