Don't stop them now! Rocket Lab to pay homage to rock band Queen in next launch for NASA

"Don't Stop Me Now" is preparing for launch. 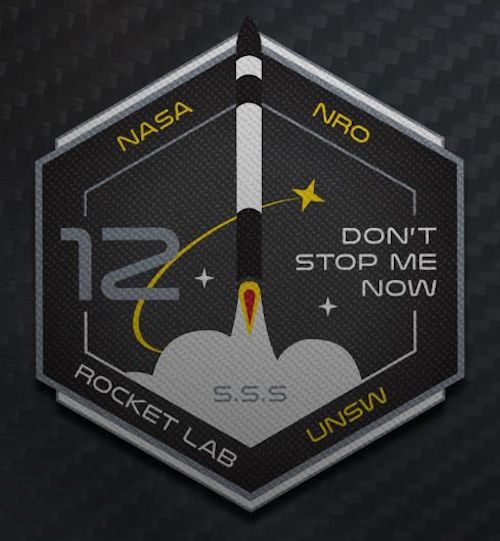 Space startup Rocket Lab has planned a ride-share mission for its 12th launch, colorfully named "Don't Stop Me Now" after a 1978 Queen song.

With the launch, the space technology company plans to send payloads into space for NASA, the National Reconnaissance Office (NRO) and other customers, Rocket Lab announced in a statement.

The launch window for this mission will last about two weeks and will open March 27, with the Electron rocket ready to lift off from Rocket Lab's usual launchpad on New Zealand's Mahia Peninsula.

"We created Electron to make getting to space easy for all, so it's gratifying to be meeting the needs of national security payloads and student research projects on the same mission," Peter Beck, Rocket Lab founder and CEO, said in the statement.

The NASA-supported payload aboard this mission is a satellite from Boston University called ANDESITE, which stands for Ad-Hoc Network Demonstration for Extended Satellite-Based Inquiry and Other Team Endeavors. This satellite is designed to measure the magnetosphere (the region of space dominated by Earth's magnetic field) and examine electric currents flowing as a part of "space weather" — activity initiated by the sun. NASA and other agencies have a keen interest in following space weather to better protect satellites and Earth infrastructure (such as power lines) from the sun's activity.

With this mission, the NRO will send three of its payloads. While Rocket Lab has not yet provided many details about the payloads, in the statement the company said that these payloads were procured under the Rapid Acquisition of a Small Rocket (RASR) contract vehicle to put small satellites in space quickly and cost-effectively. Rocket Lab's first dedicated NRO launch took place Jan. 31, 2020.

Also on board will be the M2 Pathfinder satellite, a joint initiative of the University of New South Wales Canberra Space and the Australian government. This satellite is designed to test communications and other technologies "that will assist in informing the future space capabilities of Australia," Rocket Lab said.

Although Rocket Lab is currently launching these payloads from New Zealand, the company will soon also be launching from the Mid-Atlantic Regional Spaceport on Wallops Island in Virginia. This new launchpad will provide even easier and cheaper access for American customers seeking to launch their satellites , Rocket Lab has said. The first mission to launch from this new pad is expected in 2020. 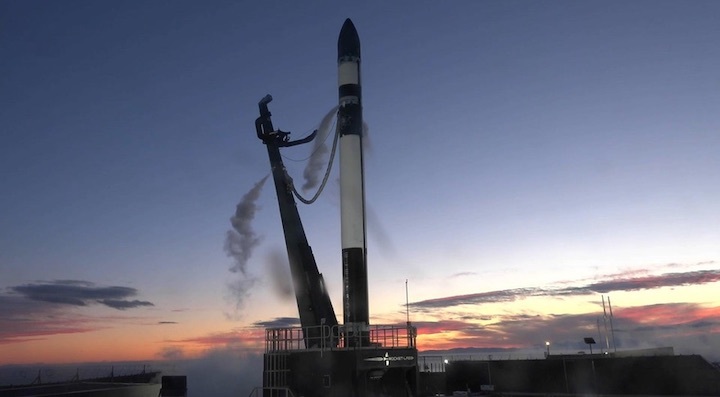 WASHINGTON — Rocket Lab announced March 24 that it was delaying the next launch of its Electron rocket from New Zealand as the government there institutes a near-total lockdown to combat the coronavirus pandemic.

The company said in a statement that the launch, which had been scheduled for March 30 from its Launch Complex 1 in New Zealand, would be postponed, and did not set a new date. “We are working with the government, health officials and our customers to determine when launch operations can resume,” the company said.

The decision to postpone the launch came after the government of New Zealand announced March 23 that it was moving to Level 4, or its highest response level to the pandemic, effective just before midnight local time March 25. Under Level 4, residents are instructed to remain at home and only essential businesses allowed to remain open.

What the government considers essential is very limited. “Only the businesses absolutely essential to ensure the necessities of life, like supermarkets and pharmacies, can stay open. If in doubt, the business premises should be closed,” Paul Stocks, deputy chief executive of New Zealand’s Ministry of Business, Innovation and Employment said in a March 24 statement.

The order does allow businesses deemed a “critical part of the supply chain for essential services” to remain open, but does not include the broader “critical infrastructure” exemptions found in similar orders in the United States that have allowed aerospace companies to remain open.

Days earlier, Rocket Lab said it was moving ahead with the launch. Company spokesperson Morgan Bailey said March 19 that the launch was still scheduled for March 30, with all the payloads and the launch team in place in New Zealand. The company confirmed those launch plans in a March 21 statement, adding that it was “working with our customers and local government authorities to minimize any potential disruption to our future missions planned in the months ahead.”

The government order would also halt production of Electron rockets at the company’s New Zealand factory. Rocket Lab said in its statement that it has vehicles completed that can be ready once launches resume. “We’re fortunate to have enough launch vehicles ready that we can effectively manage a pause in production and still have vehicles available for launch as soon as conditions allow,” it stated.

The delayed mission, ironically named “Don’t Stop Me Now” by the company, carried three payloads for the National Reconnaissance Office as well as student-built cubesats from Boston University and the University of New South Wales.

The Electron mission joins a small but growing list of launch attempts postponed by the coronavirus pandemic. Earlier March 24, the Argentine space agency CONAE announced the launch of its SAOCOM 1B satellite on a SpaceX Falcon 9, scheduled for March 30 from Cape Canaveral, has been delayed. CONAE said that “restrictions imposed by the COVID-19 pandemic” raised questions about whether the agency had the resources to support the launch of the satellite as well as its on-orbit commissioning.

Launches from the European spaceport in Kourou, French Guiana, have also been placed on hold since March 16 because of French restrictions on non-essential activities. That has delayed the return to flight of the Vega rocket, which had been scheduled for March 23.

A United Launch Alliance Atlas 5 launch remains scheduled for March 26 from Cape Canaveral. The U.S. Space Force’s 45th Space Wing said March 24 that it did not foresee other launches there being delayed because of restrictions imposed by the coronavirus pandemic on spaceport activities. 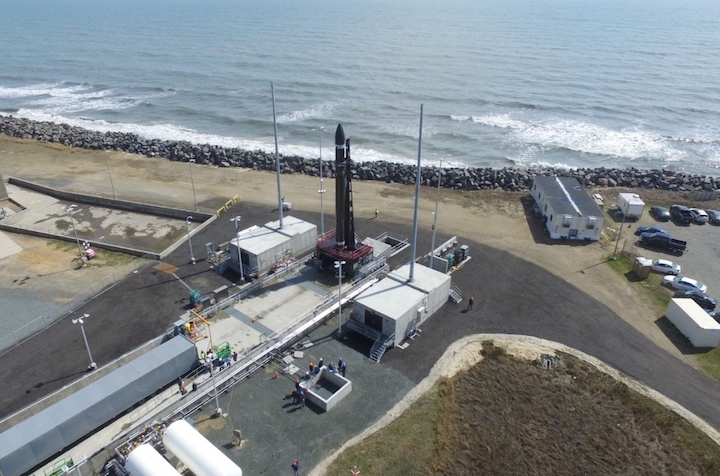 Rocket Lab has rolled out the first Electron rocket that will lift off from Launch Complex 2 (LC-2), the company’s launch site at Virginia’s Mid-Atlantic Regional Spaceport (MARS). Rocket Lab has also performed several tests on the rocket and ground equipment to verify pad systems. LC-2’s maiden launch, carrying the sole payload of the STP-27RM mission, is set to take place in the third quarter of 2020.

To help reduce the load on Launch Complex 1 in New Zealand, and to allow Electron to reach different orbits, Rocket Lab began a search for where to construct a second launch complex. The new site – named Launch Complex 2 – would be located somewhere in the United States.

Ultimately, Rocket Lab decided on building LC-2 at MARS – primarily due to having lower launch traffic than other facilities, along with the ability to reach lower-inclination orbits.

MARS has historically only launched one or two missions per year – leaving plenty of room on the range schedule for Electron to launch up to 12 times per year.

LC-2 would be built next to the existing MARS Pad 0A, where Northrop Grumman’s Antares rocket launches from.

On the same day as the selection announcement – October 17, 2018 – ground was broken for Launch Complex 2. Construction on the site began in earnest in February 2019.

Throughout 2019, LC-2 was constructed at a quick pace. By October, the launch mount and strongback had been installed at the pad.

LC-2 was officially opened on December 12, 2019 – setting a record for the fastest launch pad construction to date.

Recently, Rocket Lab has been testing and validating the systems at the new pad. This included raising the site’s first Electron rocket vertical and performing a test of the engine igniters.

Tests of powering and communication were also performed on the vehicle.

Rocket Lab has noted that the launch site tests occurred before the Virginia government ordered non-essential businesses to close due to COVID-19. Currently, only essential personnel are on-site to ensure the safety of pad equipment. 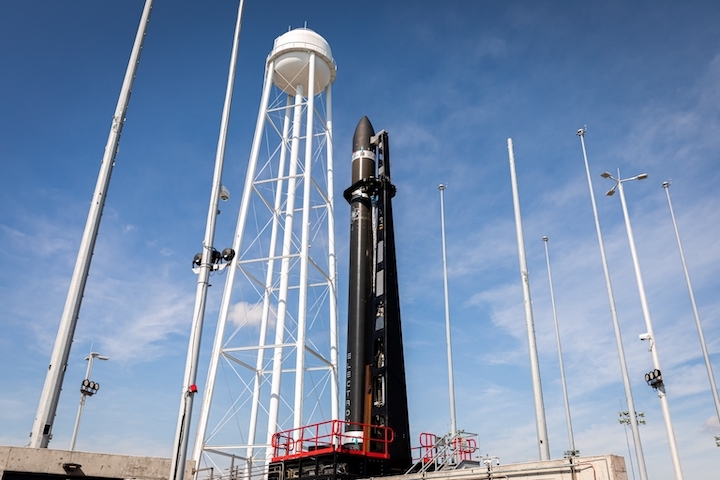 The first Electron raised vertical at LC-2 for tests of the rocket and ground systems. Credit: Rocket Lab

Currently, the company still has to complete NASA certification for its Autonomous Flight Termination System (AFTS).

If there is a major issue during launch – such as a deviation of trajectory or loss of tank pressure – the AFTS will destroy the rocket to ensure the safety of people and structures nearby.

AFTS is preferred over a manual system because it simplifies the launch process and range preparations.

Rocket Lab has already flown several missions with an active AFTS from Launch Complex 1 in New Zealand. When the first Electron lifts off from LC-2, it will mark the first time an AFTS flies from MARS.

NASA expects the certification to be finished in time for a launch in Q3 2020.

Rocket Lab is also continuing work on an Integration and Control Facility (ICF) near MARS. As its name suggests, the ICF will be where simultaneous integration of multiple Electron rockets and their payloads will take place. In addition, the facility will include office space and a launch control center.

From the ICF, completed Electron rockets will be moved to LC-2 and raised vertical for launch.

The first mission from LC-2 will be the STP-27RM mission for the US Air Force’s Space Test Program. Previously, the mission was expected to launch in the second quarter of 2020. However, due to delays from COVID-19-related closures, launch has been pushed back to the third quarter.

For the mission, Electron will carry a single microsat to Low Earth Orbit. The satellite will determine the capability for smallsats to monitor space weather. The microsat is part of the Air Force Research Laboratory’s Monolith program.

STP-27RM is the second Electron flight for the Space Test Program, following STP-27RD in May 2019.

In 2021, another Electron will launch from LC-2, carrying NASA’s Cislunar Autonomous Positioning System Technology Operations and Navigation Experiment (CAPSTONE) to a near-rectilinear halo orbit around the Moon. This pathfinder mission will verify that the unique orbit can be used for the future Gateway station as part of the Artemis program.

LC-1B is being constructed near LC-1 in New Zealand to ensure that a launch pad is always available.

Currently, it takes about 4 weeks after a launch to return LC-1 to flight readiness. With two launch pads, the company can process a rocket on one while refurbishing the other. The new pad is expected to be finished in late 2020.

Counting down to next Rocket Lab launch 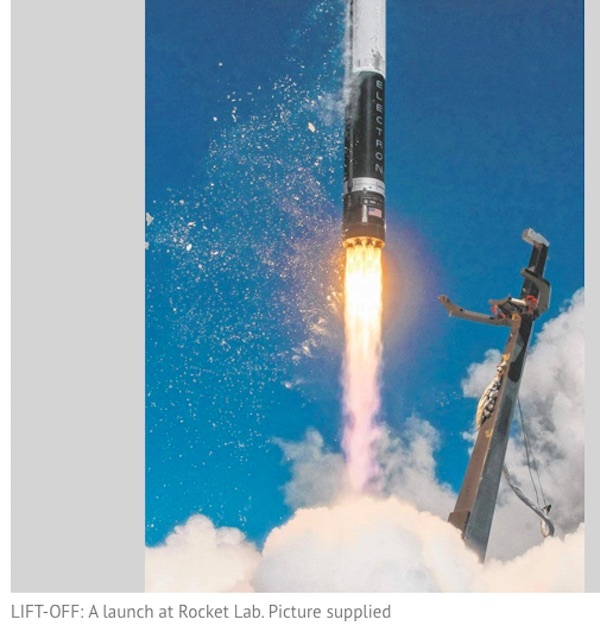 Following the easing of Covid-19 restrictions, Rocket Lab went ahead with testing yesterday for its next Mahia launch at Launch Complex 1.

The mission will launch payloads for the National Aeronautics and Space Administration (NASA) and the University of New South Wales (UNSW) Canberra Space.

It will also include a classified payload from the US Government's National Reconnaissance Office (NRO),

Rocket Lab's 12th Electron launch was originally scheduled for March 27 but was postponed in response to the country's Level 4 restrictions.

With restrictions now easing and some businesses able to reopen with safety measures in place, launch operations have resumed safely and crews at Launch Complex 1 completed a successful wet dress rehearsal yesterday.

The launch is scheduled to take place from Rocket Lab Launch Complex 1 at Onenui Station.

A new 14-day launch window for the mission will be confirmed soon.

The Electron launch vehicle and the Launch Complex 1 ground systems remained in a state of readiness throughout the Covid-19 lockdown in preparation for a quick return to launch operations.

Enhanced health and safety processes will be implemented for this launch in line with government health advice to protect Rocket Lab personnel.

“Our focus in recent years has been to structure Rocket Lab's teams and operations in a way that enables rapid production and launch capability in order to respond quickly to our customers' needs and spool up launch operations within days,” Rocket Lab chief executive Peter Beck said.

“We built our team and facilities with a focus on flexibility and responsiveness, and while we didn't think a global pandemic would be the reason for demonstrating rapid launch capability, we're able to put it into practice now.”