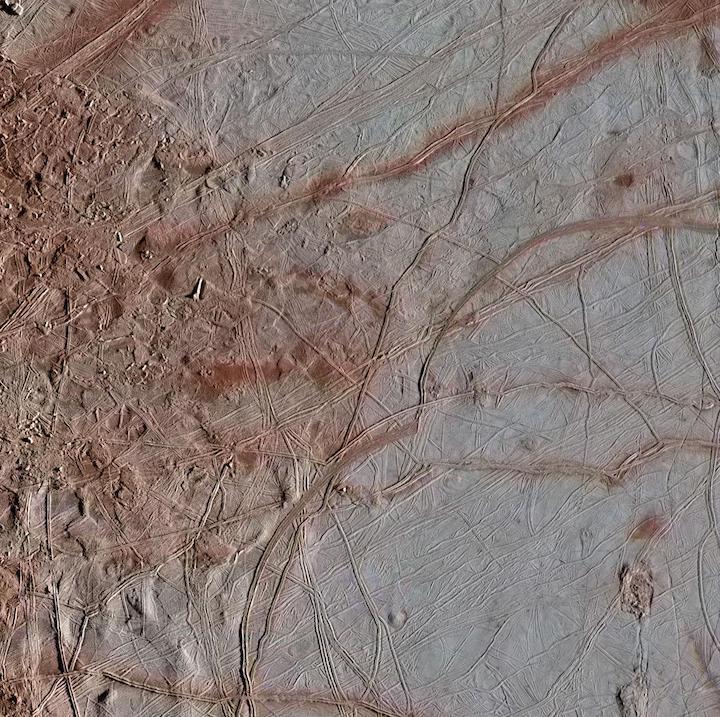 In this gallery of three newly reprocessed Europa images, details are visible in the variety of features on the moon's icy surface. This image of an area called Chaos Transition shows blocks that have moved and ridges possibly related to how the crust fractures from the force of Jupiter's gravity. Image Credit: NASA/JPL-Caltech/SETI Institute 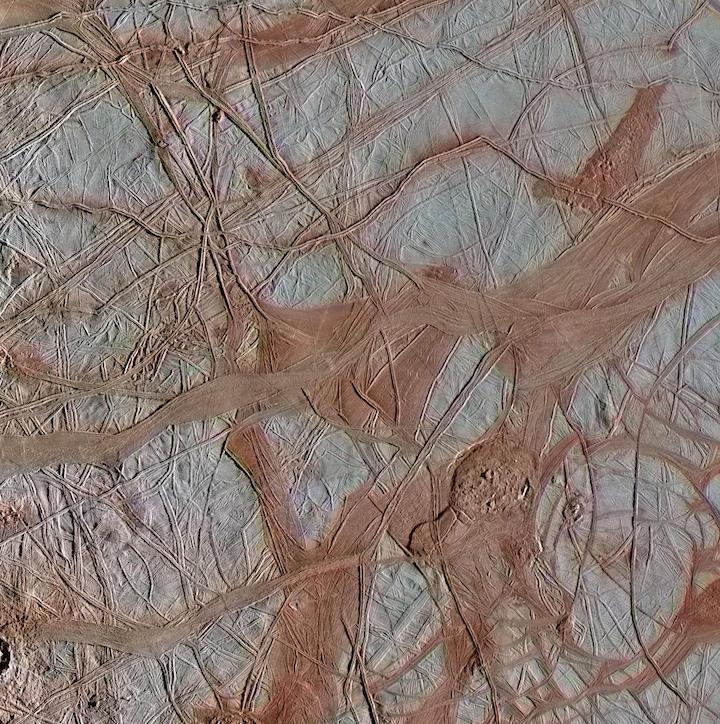 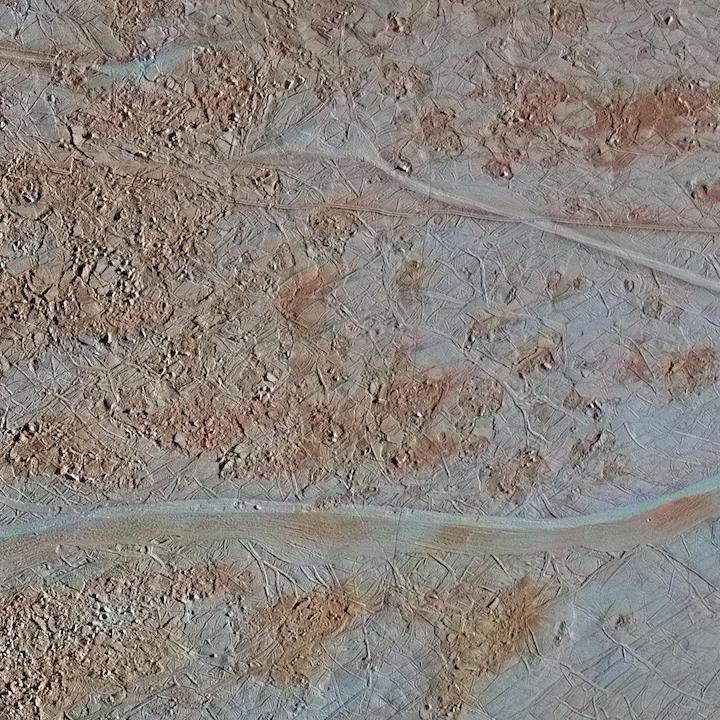 This image shows chaos terrain where blocks of material have shifted, rotated, tilted and refrozen. Scientists use this as a puzzle for clues about how the surface has changed. The area is called Chaos Near Agenor Linea for its proximity to the wide band of that name at the bottom of the image. Image Credit: NASA/JPL-Caltech/SETI Institute

Although the data captured by Galileo is more than two decades old, scientists are using modern image processing techniques to create new views of the moon's surface in preparation for the arrival of the Europa Clipper spacecraft. The orbiter of Jupiter will conduct dozens of flybys of Europa to learn more about the ocean beneath the moon's thick icy crust and how it interacts with the surface. The mission, set to launch in the next several years, will be the first return to Europa since Galileo.

"We've only seen a very small part of Europa's surface at this resolution. Europa Clipper will increase that immensely," said planetary geologist Cynthia Phillips of NASA's Jet Propulsion Laboratory, a division of Caltech in Pasadena. As a Europa project staff scientist, she oversees a long-term research project to reanalyze images of the moon. 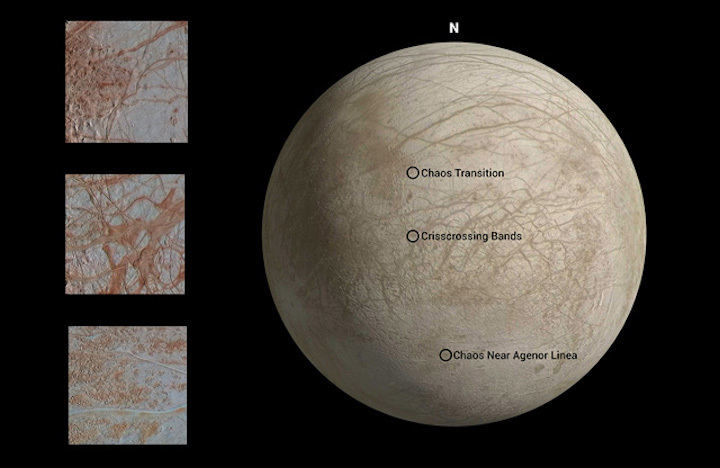 The above map shows locations where each image, showcasing a variety of features, was captured by Galileo during its eighth targeted flyby of Jupiter's moon Europa. Image Credit: NASA/JPL-Caltech

All three images were captured along the same longitude of Europa as Galileo flew by on Sept. 26, 1998, in the eighth of the spacecraft's 11 targeted flybys of Europa. High-resolution images revealing features as small as 500 yards (460 meters) across were taken through a clear filter in grayscale (black and white). Using lower-resolution color images of the same region from a different flyby, technicians mapped color onto the higher-resolution images - a painstaking process.

Enhanced-color images like these allow scientists to highlight geologic features with different colors. Such images don't show Europa as it would appear to the human eye, but instead exaggerate color variations to highlight different chemical compositions of the surface. Areas that appear light blue or white are made of relatively pure water ice, and reddish areas have more non-ice materials, such as salts.

Planetary scientists study high-resolution images of Europa for clues about how the surface formed. At an average of 40 million to 90 million years old, the surface we see today is much younger than Europa itself, which formed along with the solar system 4.6 billion years ago. In fact, Europa has among the youngest surfaces in the solar system, one of its many intriguing oddities.

The long, linear ridges and bands that crisscross Europa's surface are thought to be related to the response of Europa's icy surface crust as it is stretched and pulled by Jupiter's strong gravity. Ridges may form when a crack in the surface opens and closes repeatedly, building up a feature that's typically a few hundred yards tall, a few miles wide and can span horizontally for thousands of miles.

Areas of so-called chaos terrain contain blocks that have moved sideways, rotated or tilted before being refrozen into their new locations. To understand how they might have formed, scientists study these blocks as if they are jumbled puzzle pieces.