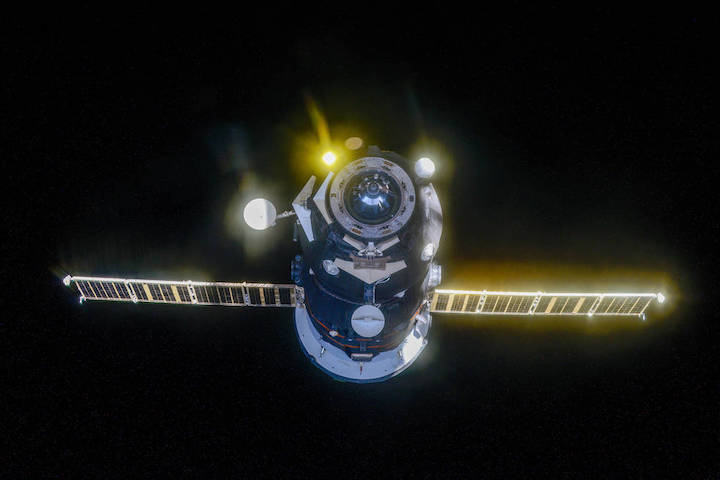 NASA Television will provide live coverage of the launch and docking of a Russian cargo spacecraft delivering almost three tons of food, fuel, and supplies to the International Space Station beginning at 9:30 p.m. EDT Friday, April 24.

The uncrewed Russian Progress 75 is scheduled to launch on a Soyuz rocket at 9:51 p.m. (6:51 a.m. Saturday, April 25, Baikonur time) from the Baikonur Cosmodrome in Kazakhstan.

The spacecraft is expected to dock to the Earth-facing port of the Zvezda Service Module on the station’s Russian segment at 1:12 a.m. Saturday, April 25. NASA TV coverage of rendezvous and docking will begin at 12:30 a.m.

Progress 75 will remain docked at the station for more than seven months, departing in December for its deorbit into Earth’s atmosphere.

For almost 20 years, humans have lived and worked continuously aboard the International Space Station, advancing scientific knowledge and demonstrating new technologies, making research breakthroughs not possible on Earth. As a global endeavor, 239 people from 19 countries have visited the unique microgravity laboratory that has hosted more than 2,800 research investigations from researchers in 108 countries. 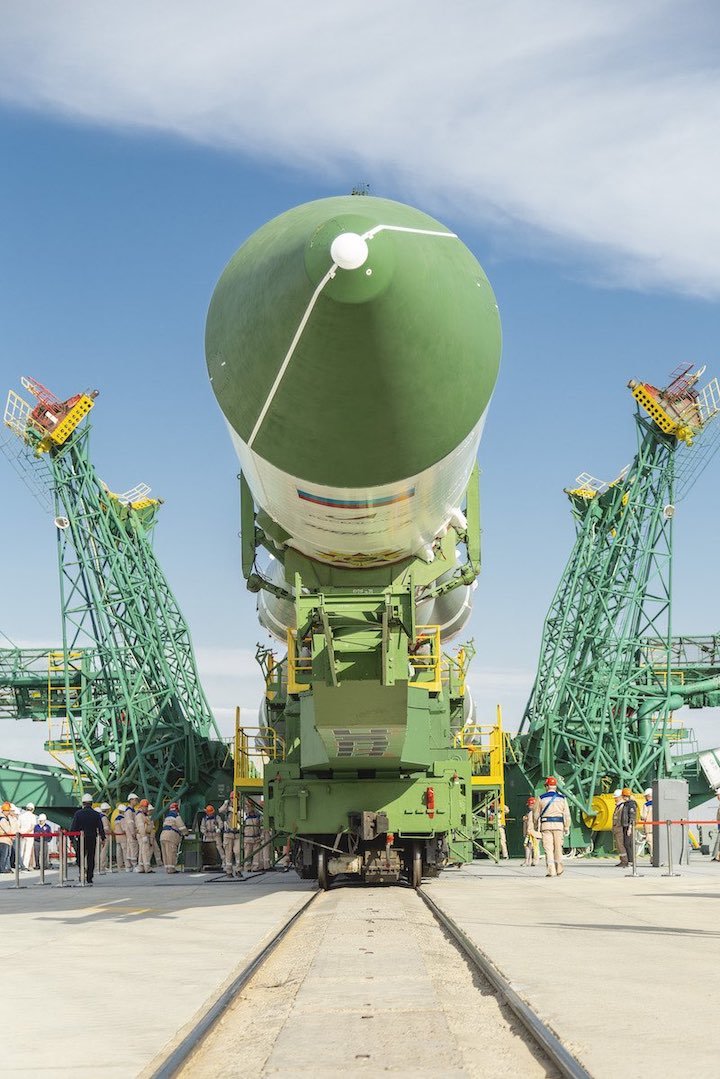 Continuing support of the International Space Station amid the coronavirus pandemic, Russian teams transferred a Soyuz rocket to a launch pad in Kazakhstan on Wednesday in preparation for liftoff Friday (U.S. time) with a Progress resupply freighter.

Adorned with a commemoration to mark the 75th anniversary of the end of World War II, the Soyuz-2.1a rocket rolled out to the Site 31 launch complex Wednesday morning at the Baikonur Cosmodrome.

The rocket rode a specially-designed rail transporter for the trip from its assembly hangar — known by the Russian acronym MIK — to the launch complex on the Kazakh steppe.

After arriving at the launch pad, the Soyuz was raised vertical over a cavernous flame trench and gantry arms folded into position around the rocket. Russian technicians began pre-launch checkouts, and connected propellant and pressurant lines in preparation for fueling of the three-stage rocket.

The Soyuz will be filled with kerosene and super-cold liquid oxygen propellants in the final hours before launch, which is set for 9:51 p.m. EDT Friday (0151 GMT; 6:51 a.m. Baikonur time Saturday).

The rocket will take off with the Russian Progress MS-14 spacecraft loaded with nearly 2.8 tons of food, supplies, propellant, water and compressed air for the space station. The mission marks the 75th launch of a Progress supply ship to the space station since 2000.

The launch is timed to occur around the time the space station flies over the Baikonur Cosmodrome, allowing the Progress supply ship to reach the orbiting lab in less than three-and-a-half hours. The fast-track, radar-guided rendezvous will occur over two orbits of Earth, resulting in an automated docking with the space station’s Zvezda service module at 1:12 a.m. EDT (0512 GMT) Saturday.

After docking, the three-man space station crew will open hatches to the Progress supply ship and begin unpacking the spacecraft’s pressurized cabin. The Progress MS-14 spacecraft is scheduled to remain docked at the station through late 2020, when it will depart with trash and re-enter the Earth’s atmosphere for destruction over the South Pacific Ocean.

The arrival of the space station’s next Progress supply shipment will occur a week after the departure of the research lab’s last crew. Russian cosmonaut Oleg Skripochka and NASA crewmates Jessica Meir and Andrew Morgan landed in Kazakhstan on April 17, leaving veteran NASA astronaut Chris Cassidy in command of the International Space Station.

Cassidy and his Russian crewmates — Anatoly Ivanishin and Ivan Vagner — launched April 9 for their long-duration expedition on the station, expected to last more than six months.

A Northrop Grumman Cygnus spacecraft that arrived at the space station in February is scheduled to depart the orbiting complex May 11. Like the Progress, the Cygnus freighter will carry trash away from the station and burn up in the atmosphere.

A Japanese HTV cargo ship is scheduled for launch May 20 from the Tanegashima Space Center in Japan. Loaded with several tons of experiments and a fresh set of solar array batteries, the HTV cargo carrier is due to arrive at the space station May 25.

Then SpaceX’s Crew Dragon spaceship is set for its first launch with astronauts as soon as May 27 from the Kennedy Space Center in Florida. NASA astronauts Doug Hurley and Bob Behnken will fly aboard the Crew Dragon, with docking at the space station set for May 28 to begin a mission lasting several months. 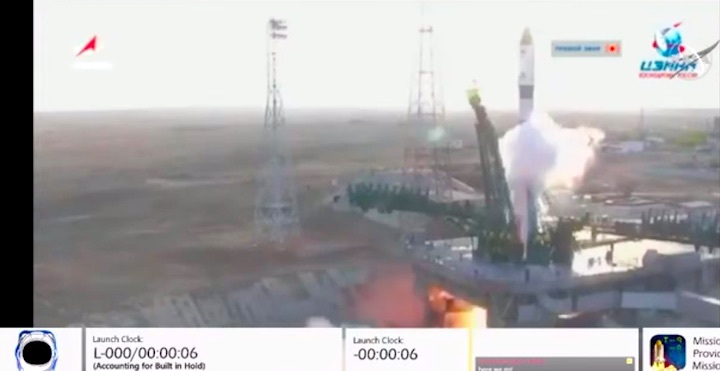 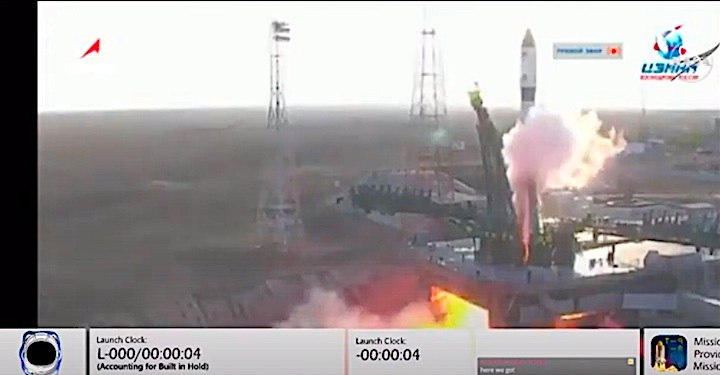 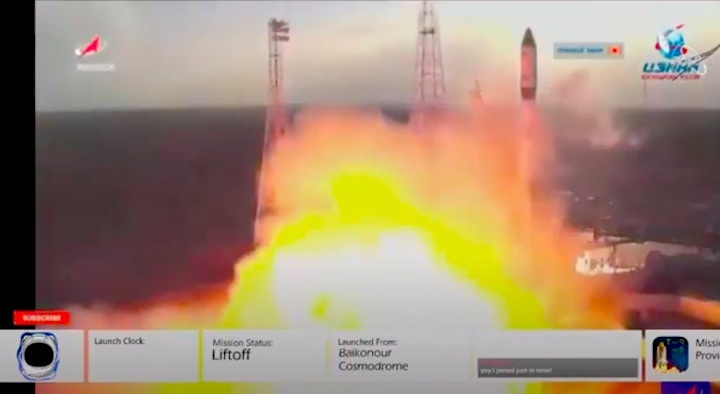 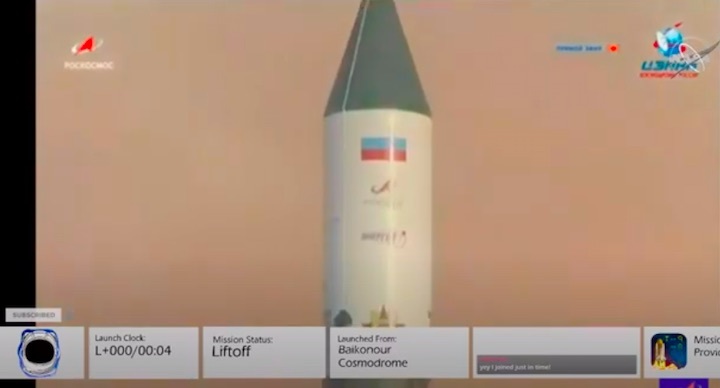 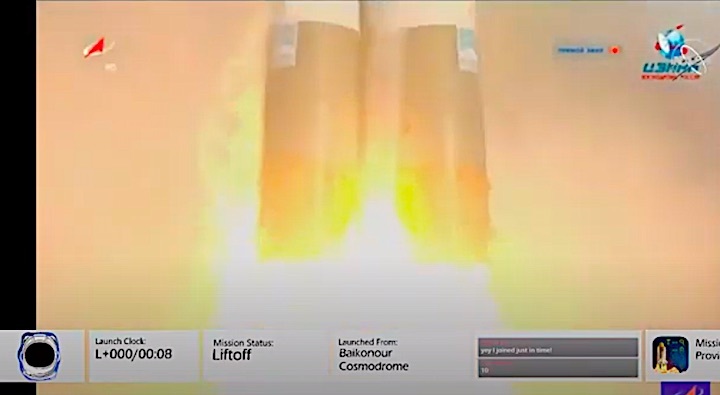 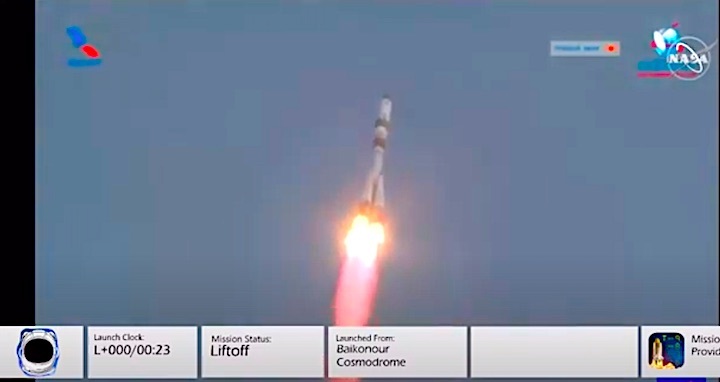 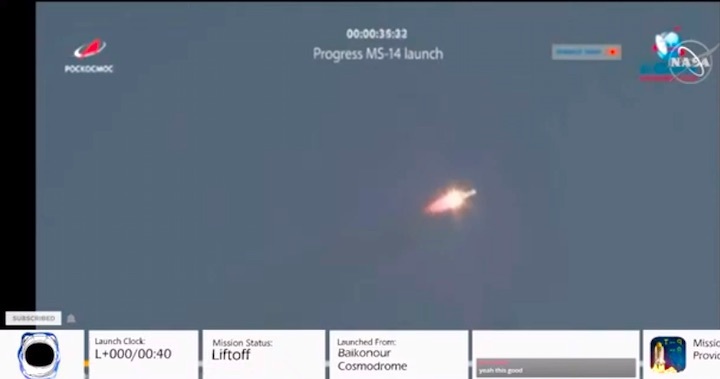 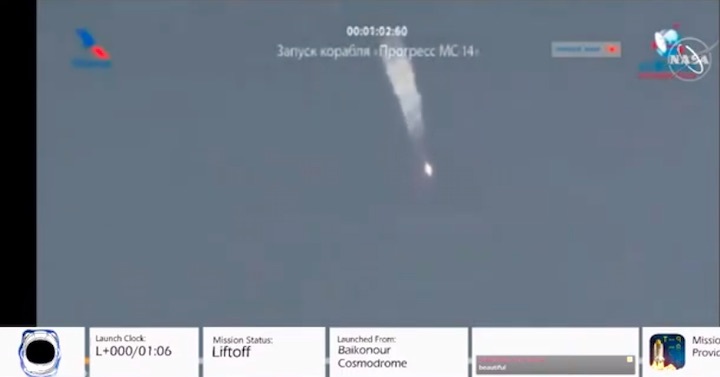 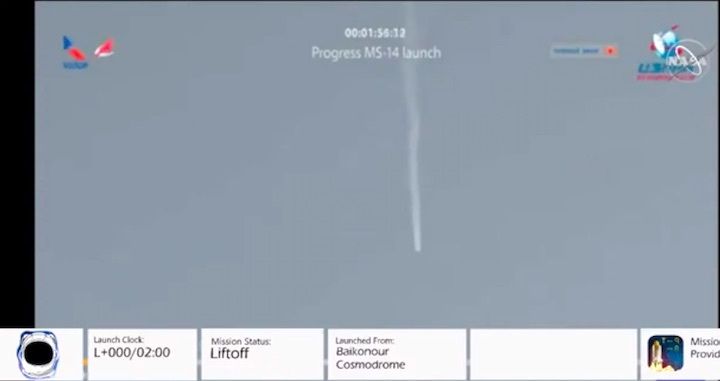 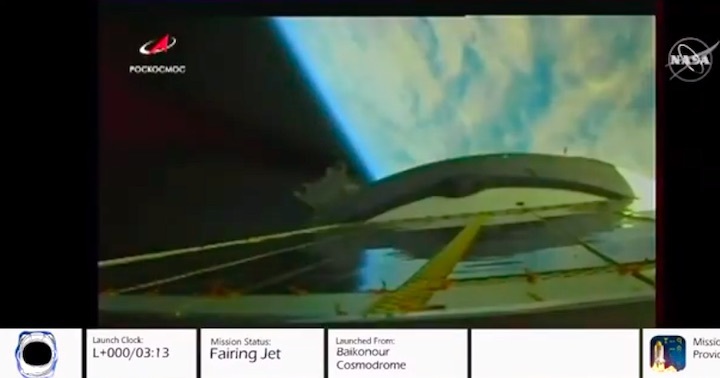 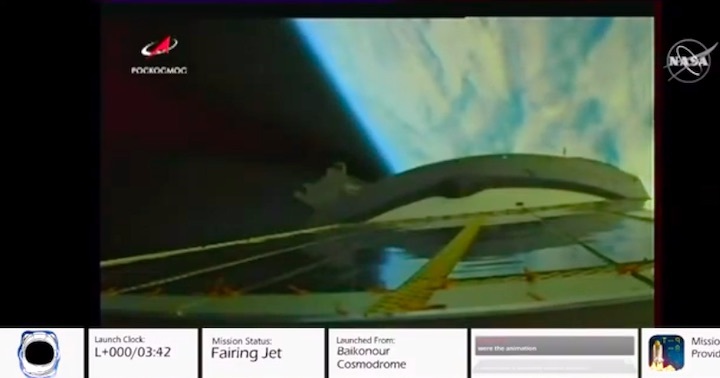 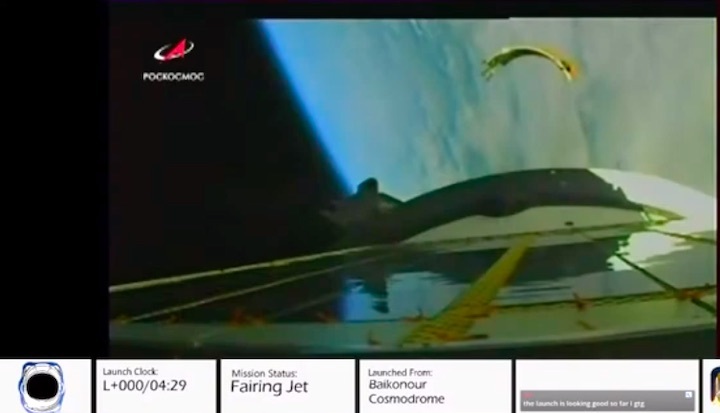 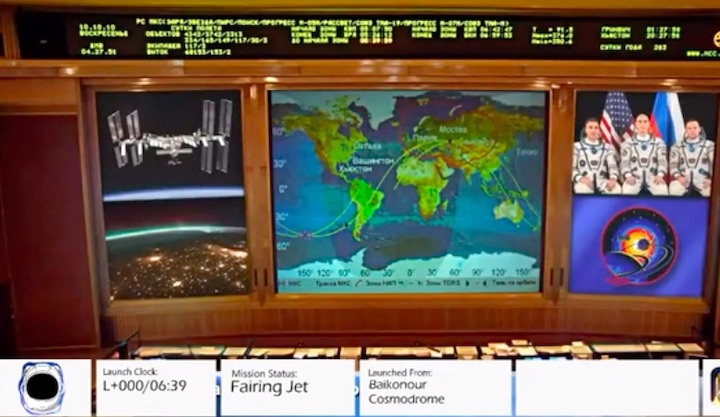 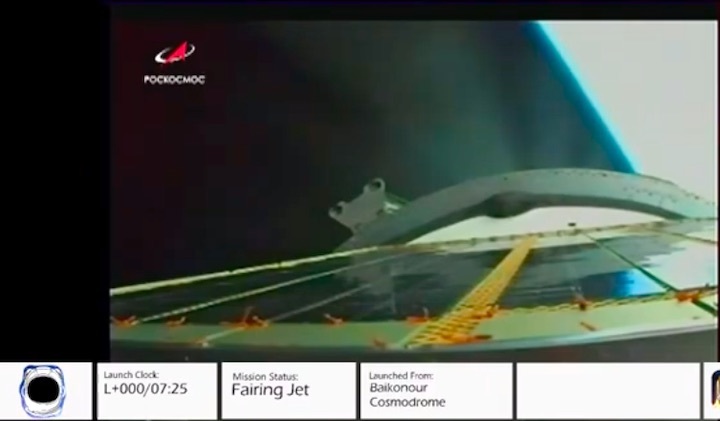 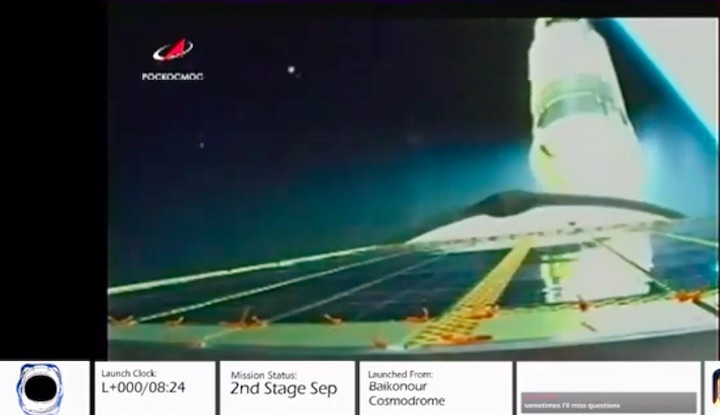 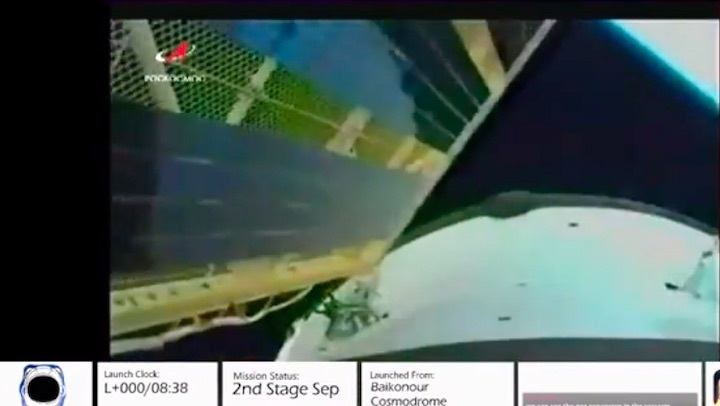 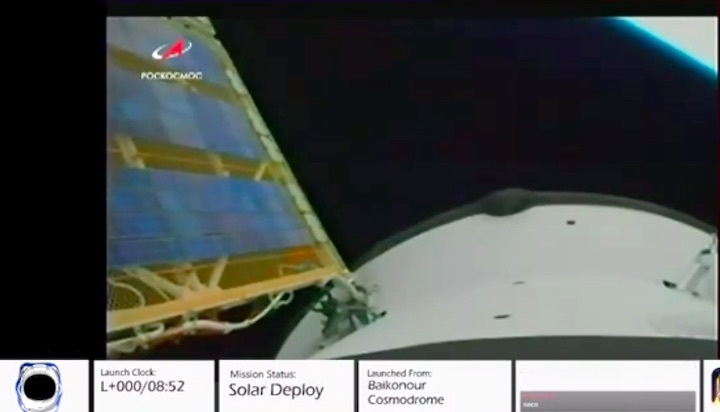