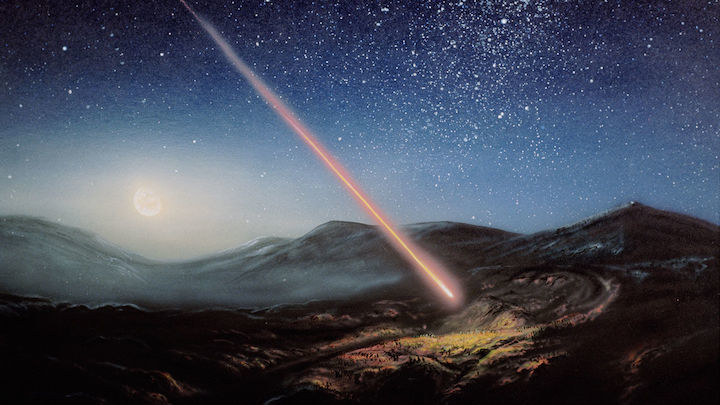 Although tales of people being killed by meteorite impacts date back to biblical times. But few deaths, if any, have been documented. Now, Turkish researchers have uncovered the earliest evidence that a meteorite killed one man and paralyzed another when it slammed into a hilltop in what is now Iraq in August 1888.

Documents chronicling the event were found in Turkish state archives, the team reports online today in Meteoritics & Planetary Science. According to one of three letters written by local authorities in the region shortly after the event, the killer meteorite was one of several that fell during a 10-minute interval. Reports of a fireball seen in a city nearby suggest the object approached the area from the southeast before it blew up high in the atmosphere (artist’s representation of a meteorite strike pictured above).

In addition to the human casualties, some crops and fields were significantly damaged, the letters report. One of the letters was also supposedly accompanied by a sample of the meteorite, but the researchers have yet to find that object in Turkish archives or museums, they note.

Further searches of the millions of documents recently digitized may yield more information about the event.