Astrophysical observations have shown that Neptune-like water-rich exoplanets are common in our galaxy. These “water worlds” are believed to be covered with a thick layer of water, hundreds to thousands of miles deep, above a rocky mantle.

While water-rich exoplanets are common, their composition is very different from Earth, so there are many unknowns in terms of these planets’ structure, composition and geochemical cycles. In seeking to learn more about these planets, an international team of researchers, led by Arizona State University, has provided one of the first mineralogy lab studies for water-rich exoplanets. The results of their study have been recently published in the journal Proceedings of the National Academy of Sciences.

“Studying the chemical reactions and processes is an essential step toward developing an understanding of these common planet types,” said co-author Dan Shim, of ASU's School of Earth and Space Exploration.

The general scientific conjecture is that water and rock form separate layers in the interiors of water worlds. Because water is lighter, underneath the water layer in water-rich planets, there should be a rocky layer. However, the extreme pressure and temperature at the boundary between water and rocky layers could fundamentally change the behaviors of these materials.

For their experiment, the team immersed silica in water, compressed the sample between diamonds to a very high pressure, then heated the sample with laser beams to over a few thousand degrees Fahrenheit.

The team also conducted laser heating at the Argonne National Laboratory in Illinois. To monitor the reaction between silica and water, X-ray measurements were taken while the laser heated the sample at high pressures.

What they found was an unexpected new solid phase with silicon, hydrogen and oxygen all together. 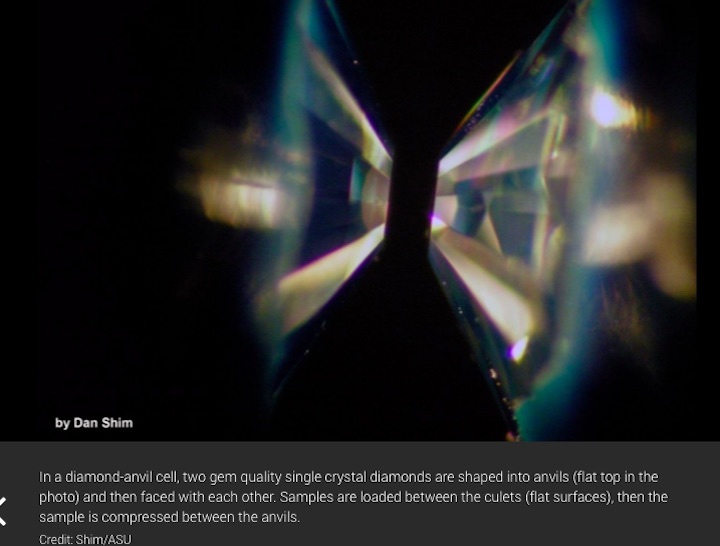 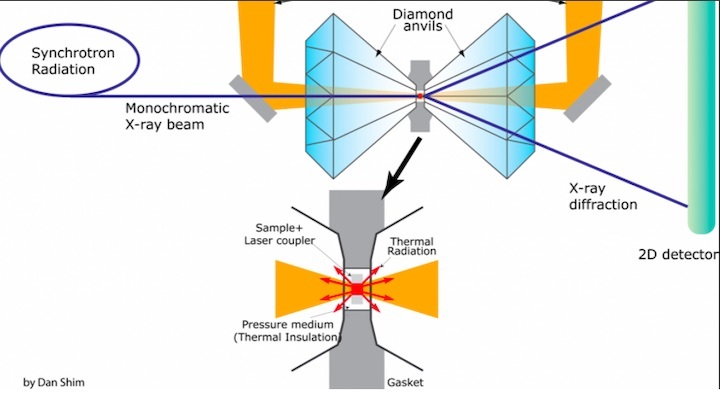 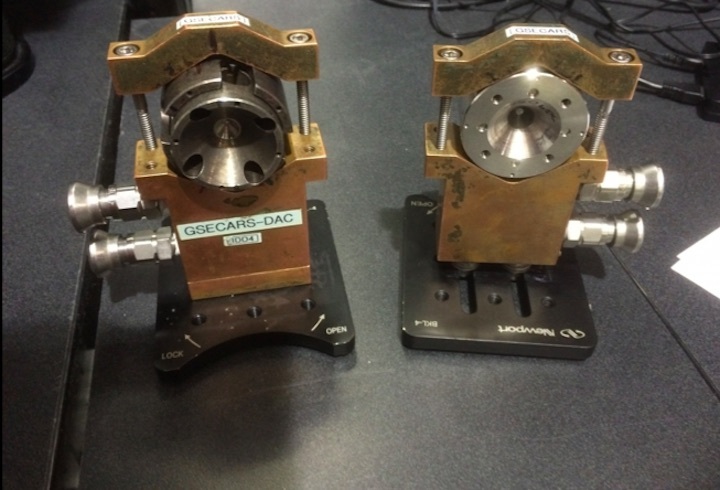 The researchers hope that these findings will advance our knowledge on the structure and composition of water-rich planets and their geochemical cycles.

“Our study has important implications and raises new questions for the chemical composition and structure of the interiors of water-rich exoplanets,” Nisr said. “The geochemical cycle for water-rich planets could be very different from that of the rocky planets, such as Earth.”