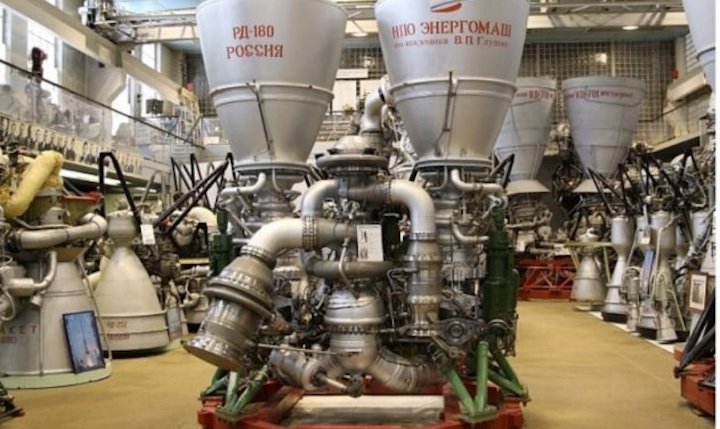 "The RD-180 engine … will be used on the first stage of the Soyuz-6 rocket that may eventually replace the Soyuz-2 medium-class launch vehicle, and also in the central block of the super-heavy rocket. We have already started active work to adapt the RD-180 to the rocket’s new version," the Energomash CEO was quoted as saying in a statement circulated by Russia’s State Space Corporation Roscosmos on Tuesday.

As the Energomash chief stressed, the engine for the Soyuz-6 rocket will have enhanced fire protection, new filters, coatings, modern materials and a new control system. It will also be outfitted with a high-speed emergency protection system capable of "responding to a problem at an earlier stage" and instantly shutting down the engines.

The RD-180 will also be used as the groundwork for reusable rockets, the chief executive said.

"Our engines can be used for up to 10 times and that is why we will continue developing the necessary potential for creating reusable rockets," he explained.

The Energomash chief executive told TASS in December that the Russian RD-180 engine would be adapted for the new Soyuz-6 medium-class carrier rocket by 2024. He said at the time that active work would start in 2020.

Russia’s State Space Corporation Roscosmos plans to create the Soyuz-6 rocket using the Soyuz-5 launch vehicle as its basis. The flights tests of the new carrier rocket are due to begin at the Baikonur Cosmodrome in Kazakhstan in 2025. Roscosmos Chief Dmitry Rogozin earlier said that the new Soyuz-6 carrier rocket might get the name of Amur. The new rocket may be tested at the first launch site of the Baikonur spaceport (the ‘Gagarin Start’ launch pad), he added.