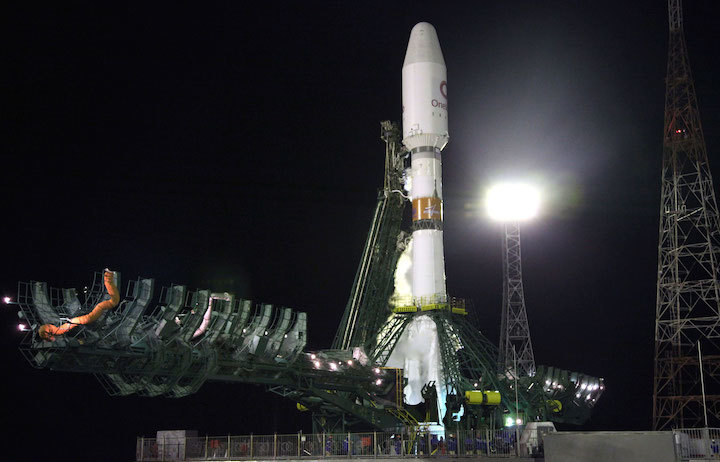 Launches of two satellites from the Kourou spaceport in French Guiana have been preliminary postponed for September, CEO of Russia’s state space corporation Roscosmos, Dmitry Rogozin, said on Sunday.

"Our Soyuz-2 is actively used there. The French like this carrier rocket very much and use our Soyuz rockets to launch their satellites," he said in an interview with the Komsomolskaya Pravda radio station. "We planned two launches in February and March. One in the interests of the United Arab Emirates, the satellite was already installed, as was our Fregat booster. The second launch was linked with a French satellite."

However, in his words, Roscosmos stopped works at Kourou after French specialists had been evacuated from there over coronavirus infection cases. "These two launches have been postponed to September," Rogozin said.

It was reported earlier that 21 Russian specialists would be evacuated from Kourou in a period from April 27 to 30.

A UAE’s Falcon Eye 2 satellite was originally planned to be launched on March 6. Later, a source in Russia’s space industry told TASS the launch has been postponed for one day because of problems with the Fregat booster. Later on, the client and Airianspace company decided to replace the booster and postpone the launch.