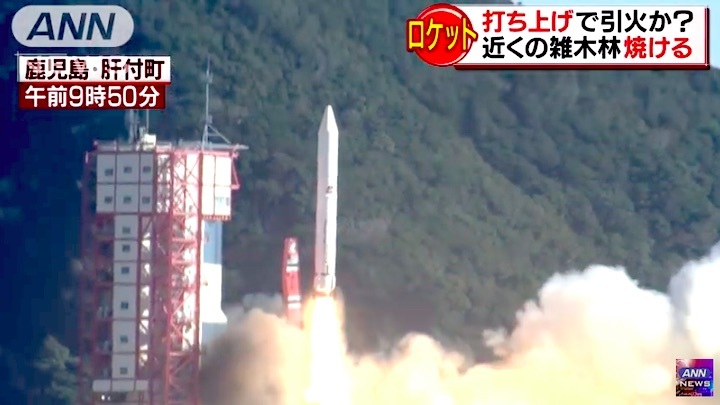 Japan's space agency is aiming to send a micro explorer to orbit the Moon, possibly in the first half of the 2020s, using a solid-fuel Epsilon rocket, a source familiar with the matter said Monday.

The Japan Aerospace Exploration Agency's planned use of solid fuel is uncommon for space exploration but the ease with which it can be handled and cheapness give it advantages compared to liquid propellants, which take time to load on rockets.

Past lunar explorations, such as the Soviet Union's Luna mission and the United States' Apollo program, used liquid-propellant rockets.

JAXA is trying to strengthen its presence amid international competition over lunar exploration by creating a simpler method to send a space probe and ultimately wants to attract orders from universities and private companies.

JAXA's Epsilon rocket is designed to carry small satellites at a lower cost. Artificial intelligence technology cuts labor and launch costs, with just two personal computers needed to control it from the ground.

In the project, the Epsilon will be fitted with a fourth stage called a "kick stage," to which a space probe housing a micro explorer will be attached.

Once the rocket is launched into orbit, the kick stage will thrust the space probe carrying an ultra-small explorer further toward the Moon.

For the transportation probe, JAXA is considering modifying its Smart Lander for Investigating Moon, also known as SLIM, which can house two micro explorers each weighing about 50 kilograms.

The agency plans to launch the lander on an H-2A rocket in fiscal 2021.