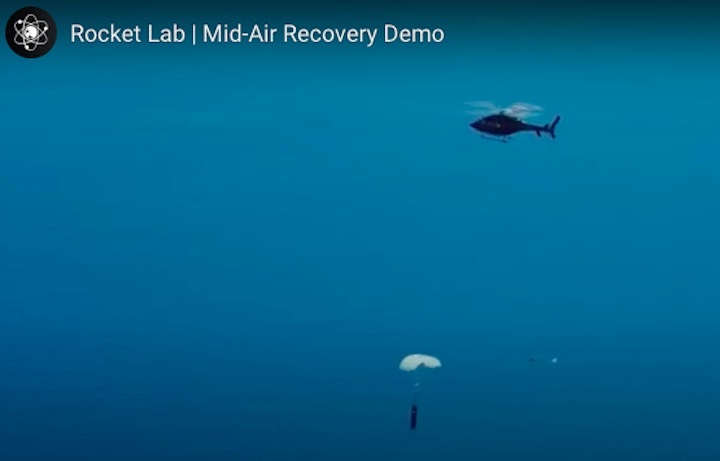 In the ongoing quest to one day reuse its rockets after launch, Rocket Lab has successfully tested out a way to catch a rocket falling out of the sky using a pair of helicopters. A few weeks ago, the company dropped a dummy rocket from one helicopter and caught the falling vehicle in midair with another helicopter, shown in a new video released by Rocket Lab today.

The air show, done “several weeks” ago, before quarantine restrictions started taking effect, was meant to demonstrate a critical part of Rocket Lab’s plan to eventually recover its vehicles. In August, the company detailed a way to essentially catch its Electron rocketwhen it comes back from space. According to the plan, the vehicle will fall back to Earth after launching to space and guide itself down through the atmosphere. It will then deploy a parachute to slow its fall, while a helicopter snags the parachute line in midair to prevent the rocket from hitting the ocean.

The helicopter demonstration showed off the last part of that plan, with a black helicopter successfully catching the dropped dummy rocket at around 5,000 feet above open ocean. Rocket Lab has already demonstrated other maneuvers needed to make its Electron rocket reusable as well. In December and January, the company successfully guided two Electrons as they returned to Earth through the atmosphere following launches, keeping the vehicles intact on the way back down.

Once Rocket Lab puts all of the steps together, the company could potentially reuse its caught Electron rockets on future flights instead of manufacturing entirely new vehicles for each launch. It’s the same method SpaceX has used for its rockets for years now, though the company has taken to landing its vehicles post-flight instead of catching them.

Rocket Lab will have to wait to perfect its rocket-catching method. The company has opted to stand down from launches for the time being to protect personnel during the pandemic. The company says most of its employees are working from home while “a few essential personnel remain at [Rocket Lab’s] facilities to keep critical systems running.”