Without protection from radio interference, a giant observatory on the moon’s hidden hemisphere could prove unworkable 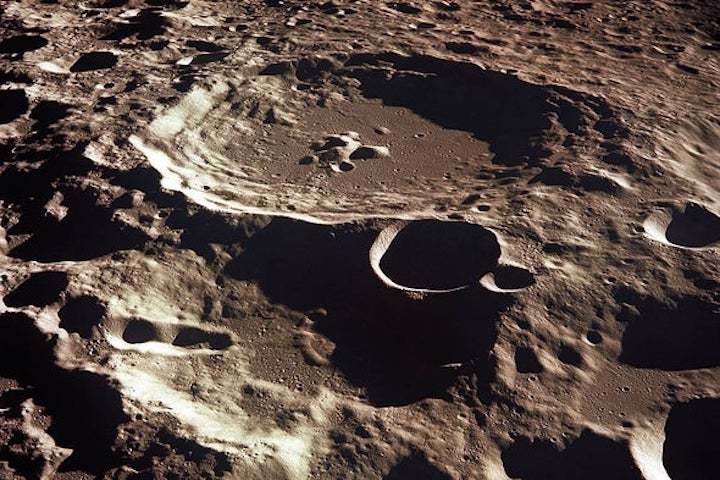 As countries and private companies race to return to the moon, the need to protect the lunar far side—the hemisphere of Earth’s companion that always faces away from our planet—continues to grow. For decades, scientists have argued that the far side’s unique combination of accessibility and isolation makes it vital real estate for a plethora of space science activities. Nevertheless, the quickening pace of public and private lunar exploration could soon overwhelm this viewpoint.

At least, that possibility is feared by Claudio Maccone, a space scientist at Italy’s National Institute for Astrophysics. He is also a member of the International Academy of Astronautics (IAA), which aired his concerns—and potential solutions—at a meeting held via teleconference on March 25.

Maccone’s preferred approach to preserving the far side’s sanctity would be a so-called protected antipode circle, or PAC, a circular piece of terrain measuring roughly 1,820 kilometers in diameter in that hemisphere. Near the center of the proposed PAC site lies the 80-kilometer-wide Daedalus Crater, a lunar feature with a rim high enough to act as a shield against electromagnetic interference for any astronomical observatories situated inside it. “We want to protect the lunar far side—which is ideal for a future radio telescope or phased-array detectors—from any human-made radio pollution,” Maccone says.

Turning PAC or any other far side–protecting proposal into more than a pipe dream, however, is far from easy, especially in the midst of the modern-day “moon rush.” This factor “complicates matters terribly” because the U.S., China, Russia and other spacefaring countries are now plotting out their lunar plans, Maccone says. “My intention is to start negotiations” for a kind of real estate protection strategy to keep a select slice of the moon’s far side radio-noise-free “while we are still in time to do so!”

The political framework for lunar safeguards was established in 1967 with the signing of the United Nations’ Outer Space Treaty, which prohibits, among other things, any treaty-bound country from monopolizing the moon, in full or in part, for self-serving economic gain. “Back in 1967, however, it was hard to envisage a time when private investors could reach the moon by their own means,” Maccone says. “So nobody knows what will happen when some private investors land on the moon.”

Some have already tried: witness last year’s failed touchdown attempt by the Israeli Beresheet lunar lander, a public-private project that crash-landed hardy microorganisms called tardigrades onto the moon’s surface, which brought up questions of international laws concerning space. A troubled Maccone contends there may soon be commercial lunar firms that will flout treaty-based restrictions by espousing the claim “We have money and pollute as we please.”

“This is not what private investors say, but this is my interpretation of what they mean,” Maccone says. “And it is a sad sentence, in my opinion.” So can private companies be trusted to voluntarily stay away from an area such as a PAC on the lunar far side? “Almost certainly not,” he says. Therefore, it is imperative to reach some kind of international accord as soon as possible.

“The United Nations’ Committee on the Peaceful Uses of Outer Space should approve the PAC,” Maccone asserts, noting he briefed the committee on the idea nearly a decade ago. “These matters are legally uncertain,” so negotiations are urgent among scientists, space lawyers and commercial space groups, he adds.

In an address to the participants at the IAA’s March meeting, Jan Wörner, head of the European Space Agency, said both private and public sectors should support regulations to protect the moon for shared use. Specifically, he said, care should be taken in installing communications relays to and from the far side, which cannot currently be directly contacted from Earth.

“From my point of view,” Wörner advised, “this needs coordination.... We need some regulation,” and that regulation should be defined as soon as possible. What has to be avoided, he said, is a free-for-all in which each entity creates its own separate communications scheme for the lunar far side, forming a tangle of systems that could make useful scientific observations even harder to achieve there.

BIG PLANS FOR A BLUE MOON

Another influential participant in the IAA meeting was Steve Squyres, chief scientist at the Kent, Wash.–based aerospace company Blue Origin, which is backed by billions of dollars from Jeff Bezos of Amazon fame and fortune. Blue Origin’s ambitions include developing a new heavy-lift rocket, dubbed New Glenn, that can send the company’s in-preparation Blue Moon lander to our natural satellite.

The very first time the Blue Moon lander flies, Squyres said, it will be capable of delivering two metric tons to the lunar surface—and further upgrades to its cargo capacity are already being planned. “We expect this to be a fundamental game changer for lunar exploration. I’m encouraging all of my colleagues in the scientific community to start thinking big,” he added.

Squyres said that the craft could land almost anywhere on the moon, including the entirety of the far side. “This is a vehicle that is capable of supporting substantial lunar far side exploration in the future,” he said. Lunar scientists are already planning potential payloads for Blue Moon, Squyres added, such as the Farside Array for Radio Science Investigations of the Dark Ages and Exoplanets, mercifully shortened to FARSIDE. Proposed by Jack Burns of the University of Colorado Boulder and Gregg Hallinan of the California Institute of Technology, this nascent NASA-funded project would be a rover-deployed array of low-frequency radio antennas meant to study the early universe and worlds orbiting other stars. Additionally, FARSIDE could be used to observe a wide variety of objects and phenomena in and around our own solar system.

“My goal as chief scientist at Blue Origin is to make [it] the aerospace company worldwide that is most committed to science,” Squyres told the IAA meeting’s participants. “For the lunar far side, we are committed to preserving a radio-quiet environment while we deliver payloads there. We are also glad to participate in international discussions of how to protect radio astronomy on the lunar surface.”

Meanwhile Maccone is resolute that all future planners need to prioritize preserving the precious space resources that still remain unpolluted by humankind. Working on this problem for the IAA since the 1990s, he feels that only the U.N. might have sufficient authority to protect the far side and keep its unique radio-noise-free environment safe. “But time is money, and the ‘moon settlers’ may well reach the moon before the United Nations comes to agree about any official decision concerning far side protection,” he concludes.