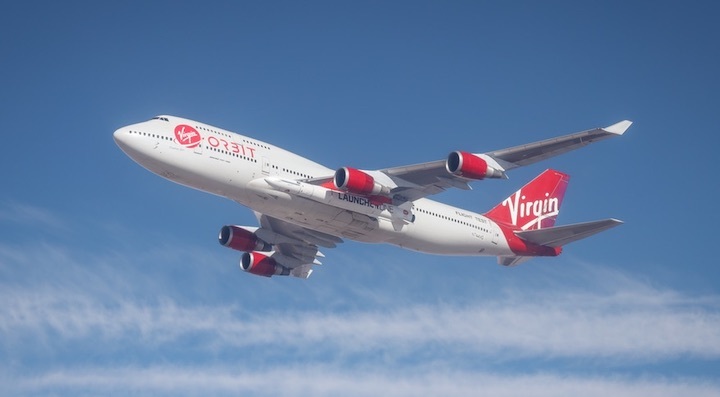 WASHINGTON — Virgin Orbit announced April 2 it has identified an airport in Japan as a potential site for launch operations, joining airports in the United States and Great Britain as hosts for the air-launch company.

Virgin Orbit said that, working with ANA Holdings and Space Port Japan Association, it selected Oita Airport on the island Kyushu as its preferred site. The company and Oita Prefecture, the local government, will work together on a technical study to confirm the feasibility of carrying out launch operations from the airport starting as soon as 2022.

Oita Airport has a single runway 3,000 meters long. The airport is primarily used for domestic flights by several airlines, as well as flights to Seoul.

“As Japan looks to establish a regional launch hub for Asia, we’re very excited to work alongside Oita to enable launch operations for space ventures, stimulate the local economy and facilitate the growth of Japan’s broader space ecosystem,” Dan Hart, chief executive of Virgin Orbit, said in a statement.

Virgin Orbit announced in June 2019 that it was working with ANA Holdings, parent company of airline ANA, on bringing its LauncherOne system to Japan. Part of that memorandum of understanding included identifying an airport in the country that could host the launch system.

Oita Airport joins a growing list of airports that Virgin Orbit has identified as launch sites for its system, which uses a Boeing 747 aircraft modified to carry the LauncherOne rocket under its left wing. Initial flights will be based at Mojave Air and Space Port in California, and Virgin Orbit announced in April 2019 its intent to fly out of Andersen Air Force Base on the island of Guam.

Virgin Orbit is also working to establish launch operations at Cornwall Airport Newquay, also known as Spaceport Cornwall, in England. The local Cornwall government, along with the U.K. Space Agency, have agreed to fund improvements at the airport to accommodate Virgin Orbit, with a first flight there as soon as late 2021.

LauncherOne has yet to make its first orbital launch. That mission was scheduled for early this year but has been postponed, in part because of the coronavirus pandemic. Company spokesman Kendall Russell said April 2 that a “limited number” of employees are working on site again after the company took a one-week pause last week to implement procedures to ensure the health of employees. Most employees, though, are teleworking.

Virgin Orbit is still preparing for a captive carry test flight “in the coming weeks,” he said, the last major milestone before the launch attempt.