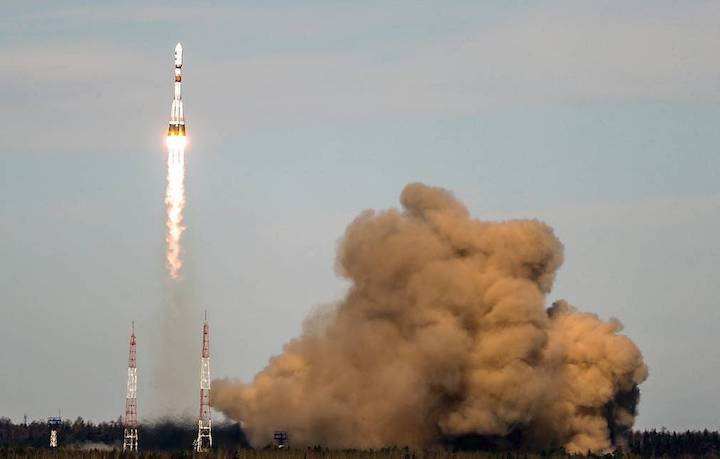 A Soyuz-2.1b carrier rocket with a Glonass-M satellite has been launched from the Plestesk spaceport in Russia’s northwestern Arkhangelsk Region, the Russian Defense Ministry said on Monday.

"At 21:28 Moscow time on Monday, March 16, a combat duty unit of the Russian space troops of the aerospace forces conducted a successful launch of a Soyuz-2.1b medium-class carrier rocket with a Glonass-M navigation satellite from the Russian Defense Ministry’s spaceport in the Arkhangelsk Region (Plesetsk spaceport)," it informed.

The Fregat booster with a Glonass-M satellite has separated from the carrier rocket, the Russian defense ministry said.

Russian space troops have already assumed control of the spacecraft

Russia’s Fregat booster has put the Glonass-M satellite into the designated orbit following Monday’s launch, a source in the Russian Defense Ministry’s department of information and mass communications told journalists on Tuesday.

"The Soyuz-2.1b medium-lift launch vehicle successfully put the Glonass-M spacecraft into the designated orbit as scheduled," the source said.

Russian space troops have already assumed control of the spacecraft. Stable telemetry communication has been established with the satellite, and its systems are operating normally.

The launch took place at 21:28 Moscow time on Monday, from the Plesetsk space center in northwestern Russia. The booster and the satellite separated from the carrier rocket ten minutes later.