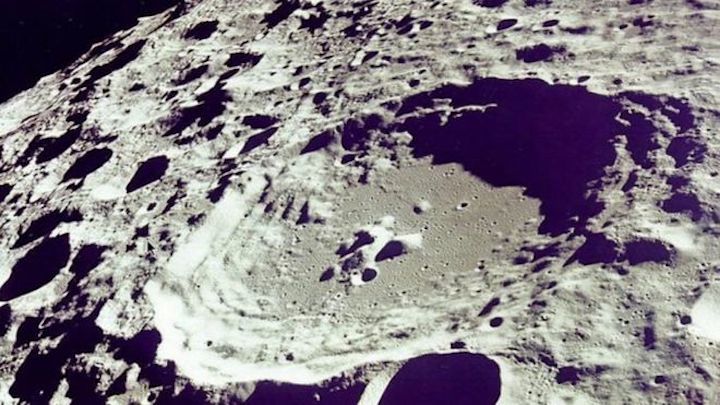 "Moon dust" could be a vital source of fuel, building material and even drinking water for astronauts, according to the Open University.

Researchers in Milton Keynes are investigating ways humans can "live off the land" when they set foot on the moon.

The team is basing its study on lunar soil collected by Neil Armstrong during the first moon landing in 1969.

PhD student Hannah Sargeant said: "We have to account for every milligram."

Minute samples of moon rock collected during the NASA Apollo 11 mission are held in the Department of Physical Sciences at the Open University (OU) in Milton Keynes.

The concept involves heating the soil so oxygen within it reacts with added hydrogen - to create water.

"Water is one of the most critical resources we need for space exploration - not just for the life support needs of humans but also to make rocket fuel," said Ms Sargeant.

New techniques developed in Milton Keynes have found much higher concentrations of water in some rocks than were evident in the original investigations.

Dr Mahesh Anand, professor of planetary science and exploration at the OU, has pioneered the search for water on the Moon for 10 years.

He has also been collaborating with scientists in Cologne, Germany, to "melt" moon dust to create lunar bricks for use in future building projects in space.

Research fellow Dr Simon Sheridan has been developing a "mass spectrometer" on a prototype of the Moon rover Luvmi, which is being designed to "sniff" gases on the surface in the search for water.

Ms Sargeant said: "The production of water, either from frozen deposits at the lunar poles or generating water from the rocks themselves, will be the first step to enable such long-term space exploration missions."