SpaceX’s South Texas team of Starship engineers and technicians – including CEO Elon Musk himself – are working around the clock to manufacture hardware that will likely become the company’s next Starship prototype in the near future.

Over the last few days, SpaceX has made quick progress churning out shiny steel rings and wrapping up propellant tank domes – the next round of full-scale Starship hardware. To better build the first flight and orbit-capable prototypes, not to mention hundreds or even thousands of Starship spacecraft and Super Heavy boosters in the years to come, SpaceX teams and contractors have spent the last two months aggressively expanding the company’s Boca Chica, Texas facilities. In fact, the very same company that built Tesla’s newest tent-based Model 3 assembly line – Sprung Instant Structures – has erected part of a massive, new Starship factory.

Finally giving the company’s grizzled South Texas team a large, climate-controlled space to work from, CEO Elon Musk has also been spending more and more time at SpaceX’s upgraded Boca Chica facilities. Most recently, the executive gave Twitter followers the first official glimpse inside one of the new Starship production tents, revealing several giant spacecraft parts in various stages of completion. It’s currently unclear what the destiny of that new Starship hardware will be, but a few recent clues seem to point in one specific direction.

On January 10th, SpaceX intentionally – and largely successfully – ‘popped’ a Starship propellant tank to determine the quality of partially-upgraded manufacturing and assembly techniques. Built in just two weeks, Musk revealed shortly after the test that the baby Starship tank – filled with water – had made it to 7.1 bar (103 psi) before bursting.

While fairly meaningless on its own, it apparently means that the test tank survived well past the pressures Starships will need for orbital flight, although it only managed a safety margin of ~18%. To be fully flightworthy, Musk says that SpaceX wants Starship tanks to survive pressures of at least 8.5 bar (125 psi) – a margin of ~40% – before it considers the giant spacecraft safe enough for humans. 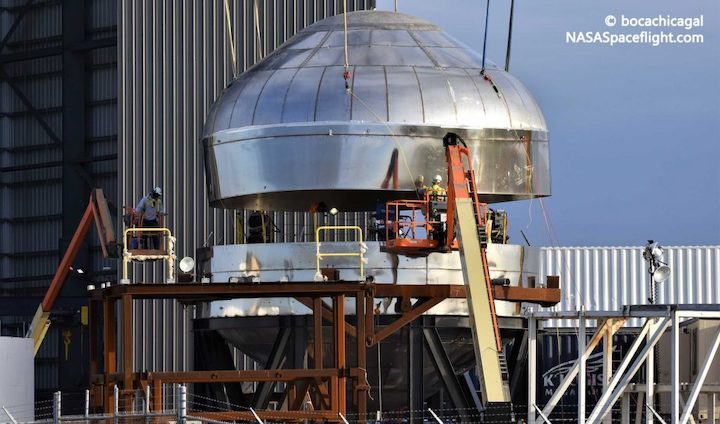 Given that the 7.1 bar the test tank reached is more than enough to support “orbital flight”, albeit with a less-than-optimal safety margin, it would be reasonable to assume that SpaceX would choose to immediately green-light the first flightworthy Starship spacecraft, deemed SN01 (serial number 01) by Musk. While that first prototype would thus be unable to launch humans and fulfill its ultimate goal as a Starship, it would give SpaceX experience building a second full-scale prototype (following Mk1) and give the company time to gradually upgrade its production facilities and manufacturing hardware.

Musk sketched out a number of possible improvements even before SpaceX tested its miniature Starship tank to destruction, indicating that “more precise parts” and an enclosed, wind-protected welding shop should be enough to raise Starship’s safety margin to ~40%. A step further down the road, Musk raised autogenous laser welding as a possibility for future production upgrades, although the advanced welding method would require a truly controlled environment and much more precise parts and manufacturing hardware. 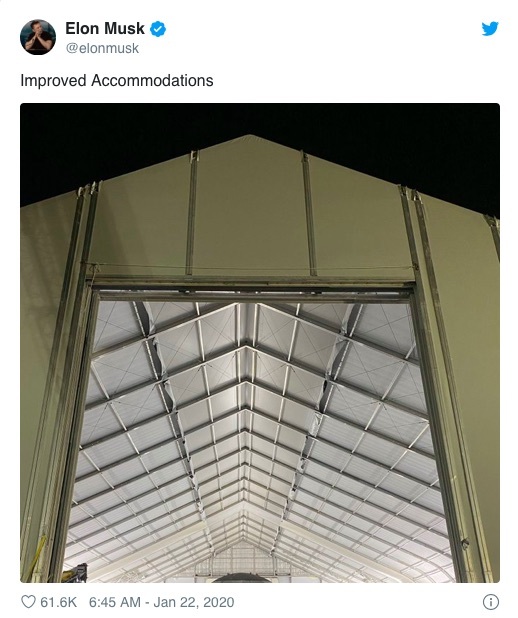 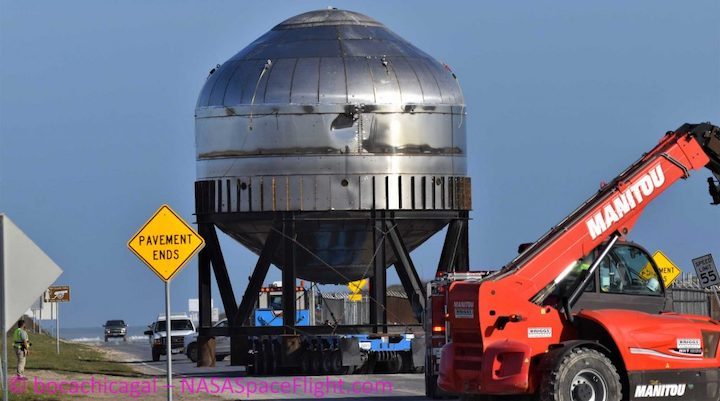 In the last 24 hours, SpaceX has filed for a number of road closures for the highway adjacent to its Boca Chica Starship facilities, a sign that some form of rocket hardware transport and testing is imminent. As such, it now seems much more likely that SpaceX has decided to spend at least a few more weeks building and testing a second (and possibly a third) Starship tank prototype before kicking off the production of the next full-scale rocket.

Intriguingly, SpaceX has also received several large shipments of liquid nitrogen (LN2), a neutral cryogenic fluid often used to simulate cryogenic propellants without risking a massive explosion or fire. That LN2 wont last forever in SpaceX’s storage tanks, confirming that some form of cryogenic testing is imminent. The most likely explanation is that SpaceX is in the late stages of manufacturing a second tank prototype, soon to be shipped about a mile down the road to the company’s nearby test and launch facilities.

If SpaceX is planning to perform a burst test with liquid nitrogen, it will likely be quite the spectacle – much closer to Starship Mk1’s spectacular failure than the milder demise of the first miniature Starship tank. SpaceX has roadblocks scheduled every day for the rest of the week, so stay tuned to find out when exactly Starship’s next big test is expected.