Aurora, also known as the northern lights, are a sight to behold as they dance across the sky when solar winds collide with the Earth’s atmosphere.

However, they also contribute to a process that has an adverse impact on the Earth’s ozone as nitric oxide is created during the auroral light show.

To better understand the abundance of nitric oxide in the polar atmosphere, NASA will launch the Polar Night Nitric Oxide or PolarNOx experiment from the Poker Flat Research Range operated by the University of Alaska, Fairbanks. 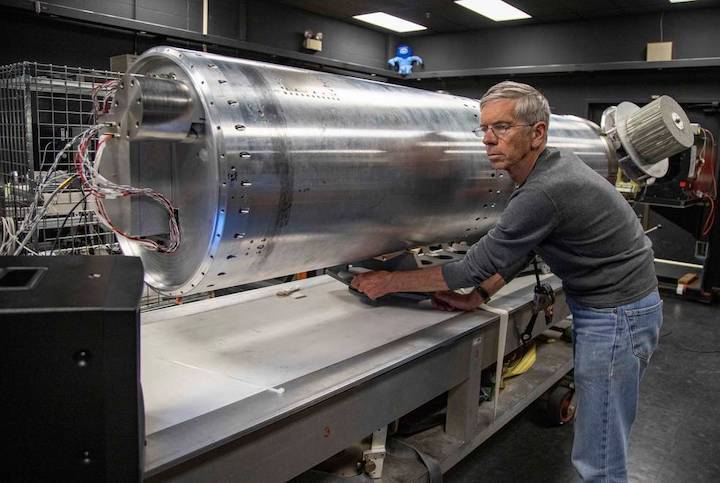 “Nitric oxide under appropriate conditions can be transported to the stratosphere where it will catalytically destroy ozone,” Bailey said. “Those changes in ozone can lead to changes in stratospheric temperature and wind and may even impact the circulation near Earth’s surface.”

Nitric oxide in the northern regions exists between 53 and 93 miles altitude. During the rocket flight a star tracker will lock on to the star Gamma Pegasi.

“PolarNOx will observe starlight with a high spectral resolution UV spectrograph operating near 215 nanometers. Attenuation of the starlight by NO is used to obtain an NO altitude profile," said Bill McClintock, co-investigator and lead instrument scientist from the Laboratory of Atmospheric and Space Physics, University of Colorado in Boulder. 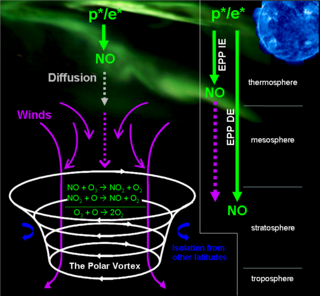 “The payload with the spectrograph is targeted to fly to an altitude of 161 miles. The goal is to get the most time possible observing both the star brightness above the nitric oxide and where the peak NO exists between 62 and 68 miles altitude,” McClintock said.

This is the second flight of PolarNOx from Poker Flat. “In 2017 we experienced an electronics failure during the flight. While we did get the important part of the data, the mission wasn’t a total success. We did upgrade the electronics for this reflight so we look forward to a much more successful mission,” Bailey said.

The University of Alaska Fairbanks Geophysical Institute has established a subscription-based text messaging service for anyone interested in receiving updates and links to launch range communications or stream broadcasts. Subscribers also will be notified when the count drops below T-10 minutes, at which time a launch is likely to occur. To subscribe to the messaging service text PFRRLAUNCHES to 33222.

PolarNOx is supported through NASA's Sounding Rocket Program at the agency's Wallops Flight Facility at Wallops Island, Virginia, which is managed by NASA's Goddard Space Flight Center in Greenbelt, Maryland. NASA's Heliophysics Division manages the sounding-rocket program for the agency.