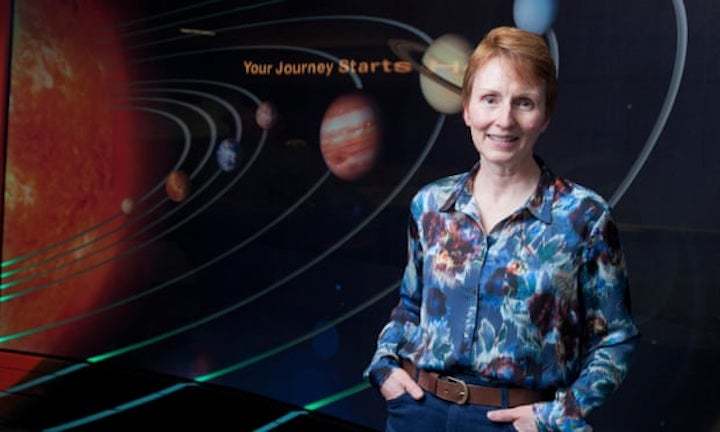 Almost everything about my childhood was normal and mundane. Our nuclear family lived in a comfortable house in suburban Sheffield. I went to school at the local comp. No one exciting ever visited. It meant I thought only normal things could happen to me.

When I was choosing my A-levels, a German teacher found me in a corridor and pointed out that if I were to pick physics and chemistry, I’d be the only girl in those classes. That was the first time I considered my gender in relation to science, and I decided pretty quickly that it wasn’t going to stop me.

I’ve never defined myself by my gender, and I continue not to do so. People often describe me as the first British woman in space, but I was actually the first British person. It’s telling that we would otherwise assume it was a man. When Tim Peake went into space, some people simply forgot about me. A man going first would be the norm, so I’m thrilled that I got to upset that order.

Self-belief and a can-do attitude changed my life. I heard the job ad for Britain’s first astronaut on the radio while driving home from work. I ticked all the boxes, but thought they wouldn’t choose me so I wouldn’t bother. By the time I got home I’d realised that if I didn’t actually apply, then they couldn’t choose me. As my mum used to tell me: ‘If you don’t try something, you’ll never know what might have happened.’

There’s no greater beauty than looking at the Earth from up high – and I’ll never forget the first time I saw it. After take-off we left the atmosphere and suddenly light streamed in through the window. We were over the Pacific Ocean. The gloriously deep blue seas took my breath away.

Doing nothing is my idea of hell. Even if I’m waiting for the family to leave the house, I’ll be busy watering the plants, tidying up, practising a piece on the piano in my hat and gloves. I know some people enjoy taking it slow, but I can’t help but feel I’m just wasting my time.

There’s a very short distance between my heart and my head, and that is useful in increased G-force.

Aliens exist, there’s no two ways about it. There are so many billions of stars out there in the universe that there must be all sorts of different forms of life. Will they be like you and me, made up of carbon and nitrogen? Maybe not. It’s possible they’re here right now and we simply can’t see them.

My one true love are mountains. Being up there in nature is serene, and puts life in perspective. There’s something about their grandeur which makes insignificant my life and its problems. But it’s also the little things - a crystal in a rock; the small snail moving across a path - which remind me there’s so much wonder to be found if you just open your eyes to it.

Being in space taught me that it’s people, not material goods, which truly matter. Up there we had all we needed to survive: the right temperature, food and drink, safety. I gave no thought to the physical items I owned on earth Earth. When we flew over specific parts of the globe, it was always our loved ones we thought of down below us. 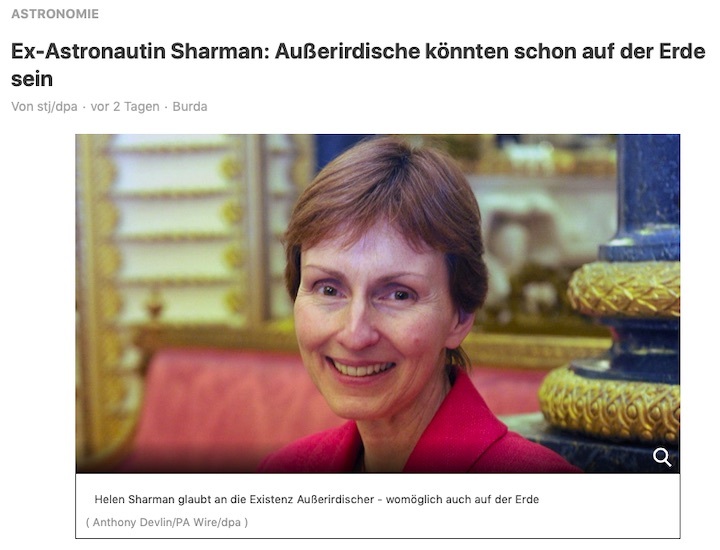 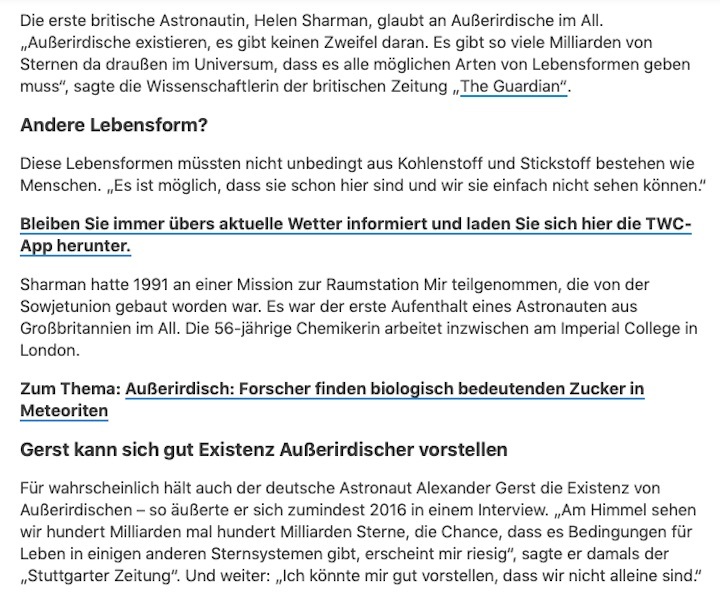 Raumfahrt - Helen Sharman: ‘There’s no greater beauty than seeing the Earth from up high’ Michael Segalov The astronaut, 56, on self-belief, G-force – and being the only girl in science class
1053 Views
Created with page4