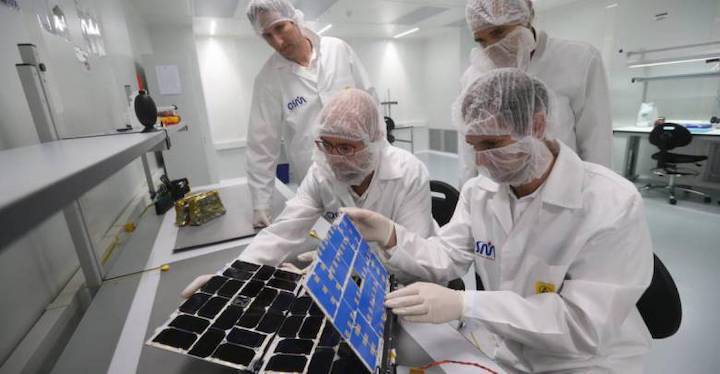 Two vast frontiers stretch almost beyond our reach, the oceans and outer space. Prince Albert I was instrumental in bringing science to bear on the oceans, pioneering environmental projects in advance of today’s scientists and on which they can now benefit. During Prince Albert II’s reign, Monaco is currently venturing in the exploration of the last and arguably the most exciting frontier – space. Monaco is already the leading European country to engage with NASA via Axiom, an organisation partnering NASA on Space travel.

Monaco has seeds planted in a new fast growing area of applied science – the use of nanosatellites (ultra small and light satellites) to explore near space and gather important data that helps us understand more about our changing climate and telecommunications.

The Giant Monacosat in High Orbit

Did you know that right now above us Monacosat has a satellite flying at thirty five thousand kilometres above the earth and weighing thousands of kilos, 4.800 kilos to be exact. That satellite was engineered to cover more than 1.6 billion people which is 19% of the World population holding 7 billion people. Imagine – it englobes more than 90 countries.

It’s a giant compared to a nanosatellite. These new much tinier versions have recently been made possible due to rapid advances in technology, particularly advances in the miniaturization of components. It’s a revolution similar to what happened with computers and telephones. No need to weigh tons and cost hundreds of millions of euros to reach Earth’s orbit at 500 kilometres in near-space as opposed to 35.000 kilometres.

And so the occupation of space is now opening up in particular to a private company in Monaco which can create powerful satellites for millions instead of many multiples of that. Their low-costs make it possible to fulfil the Monaco company’s vision of even sending up entire fleets or constellations of nanosats. The first constellation in which Monaco is a partner is called Cicero. 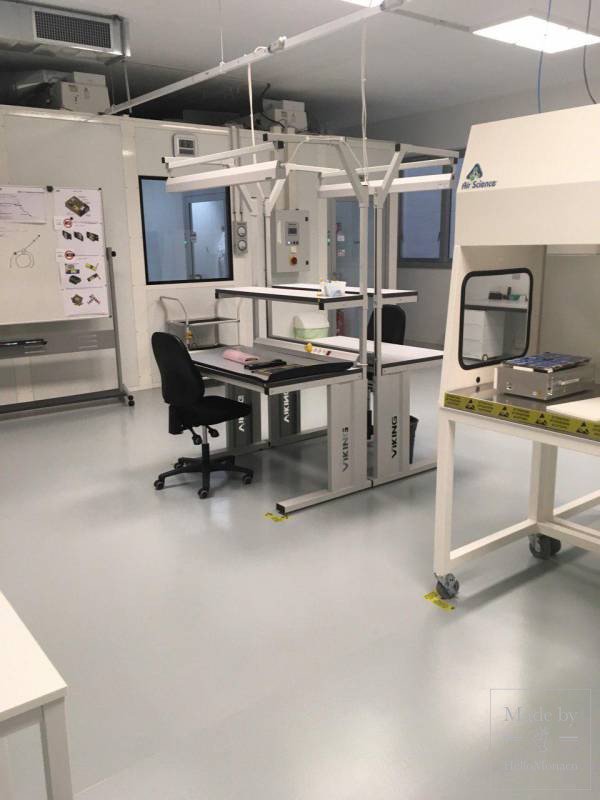 A Space Program Ideal for Monaco

And the key feature that Francesco Bongiovanni its founder seized on – which sparked his idea that this is an ideal business for Monaco to diversify into – is that nanosatellites and their components can be engineered by small teams of young brilliant people in a small space. And Monaco is lightning fast and nimble at raising capital when the right business idea comes along.

A World First for Monaco

And so on 300 square meters of the fifth floor of the Triton building in Fontvieille a seed is growing that is part of Monaco’s future. There the young futuristic company called Orbital Solutions is working on a nanosatellite. It is aptly named OSM1 Cicero – it is the key to a modern healthy business with high added value – SPACE. Already honoured by a visit from Prince Albert this year, a significant milestone awaits Orbital Solutions just around the corner – OSM1 Cicero is targeted to be officially registered in the United Nations as Monaco’s first nanosatellite in orbit – the first in history and a powerful statement that Monaco has a Space program.

Keep a sharp eye on this Monaco business. It is on the cusp of a world first – if they make their targeted March 2020 launch date they will be the fastest entrepreneurial start-up to ever successfully launch a nanosatellite.

Francesco Bongiovanni is aiming high not just at the sky – he has already secured exclusive European rights to the world’s most sophisticated data-sensing technology to be included in Monaco’s satellite. And he has visions of tempting NASA to consider his Monaco created space-engineering company to design a high-tech payload on a future mission to the moon.

Difficult to imagine that Monaco’s Orbital Solutions current jewel OSM1 Cicero is a satellite that is only slightly bigger than a shoebox – and you can carry it; it weighs in at about ten kilos.

Imagine a budget of just over one million euros will now create a satellite. An international team of Orbital Solutions engineers have been busy designing their satellite to include a multitude of modules with sophisticated circuitry. Green energy solar collectors power the battery. It is a super high tech dwarf which in the lexicon of the space industry is baptized a “nanosatellite”.

Harvard educated Francesco Bongiovanni not only holds a doctorate in engineering but is a knight of Monaco’s Order of Saint Charles for his humanitarian and biodiversity protection endeavours; he worked with the Principality to rebuild homes in Indonesia for people devastated by a tsunami; and again with the Principality helped to protect threatened fish species and coral near Papua New Guinea. Passionate about music he would love to write more symphonies but for now he is 24/24 steering Orbital Solutions to play a role in protecting the environment both on Earth and in Space.

Francesco told HelloMonaco that he has concluded a deal for the launch at Kourou in French Guiana in a Vega Rocket managed by ArianeSpace. It is scheduled for March 2020.

Francesco Bongiovanni interviewed with HelloMonaco about this exciting pet project that occupies him nights, days and weekends.

HelloMonaco: Why is the Space nanosatellite business a perfect fit for the Principality?

Francesco Bongiovanni: “Serendipity led me to an interest In nanosatellites – and then the light bulb went on: this is an ideal high-added value business for Monaco – nanosatellites can be produced in a small space – a perfect fit for the Principality. Monaco can stake out a niche in a high growth sector of the Space industry.”

HelloMonaco: Can a Space business and in particular nanosatellites help find solutions to our environmental problems?

Francesco Bongiovanni: “My goal is definitely to create a new high-tech business sector for Monaco in Space. And also to focus this business on finding solutions for our climate and our environment on Earth and in Space. Our first nanosatellite will gather data on climate. With climate change intensifying, the accuracy of atmospheric information is of paramount importance. Through a remote sensing technique called radio occultation ,the OSM1 Cicero will collect raw data in order to perfect specialized prediction models. Better predictive models could be a game changer in solving climate problems. We can also build satellites to measure greenhouse gas emissions such as methane. 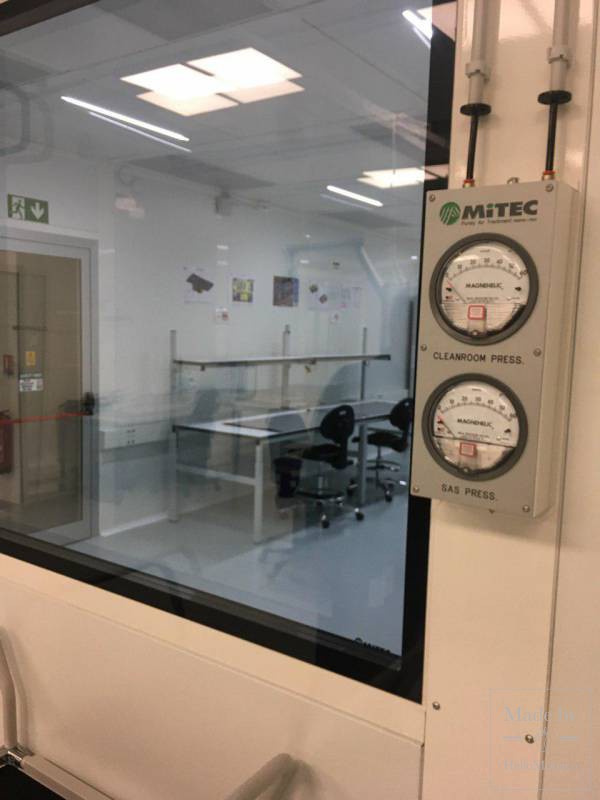 HelloMonaco: What about solutions to environmental problems in Space itself?

Francesco Bongiovanni: “In future there is the possibility that Monaco play a role using nanosatellites to solve the problem of Space debris. This will require injections of more capital and Monaco has great expertise in creative financing.

HelloMonaco: Do you envision Monegasques scientists working in a Monaco Space program?

Francesco Bongiovanni: “If in future as we grow there are budding brilliant Monegasque scientists working abroad Monaco will be one of the key places in the world with a Space program where they can return to to apply their talents. Because there are many opportunities to use sophisticated data and components, to expand our Space program by vertical integration for the benefit of humanity. For the moment we are launching an educational initiative to have the students of two schools in Monaco build a small satellite in our lab that we will then launch into orbit. We are also taking two young students for a week long “stage” in February.

HelloMonaco: OSM1 Cicero is Monaco’s first nanosatellite. Do you envisage a whole constellation, perhaps in partnership?