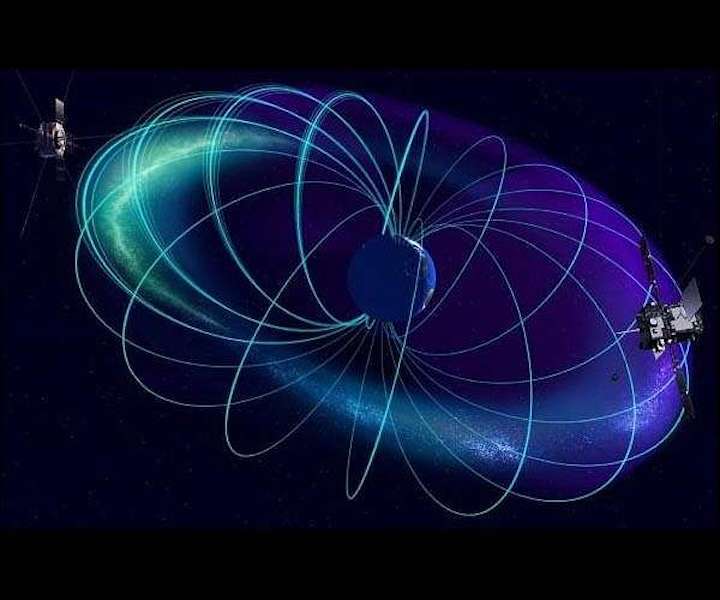 A collaboration between researchers in Japan, the USA, and Russia has found a hot spot in Earth's radiation belt where killer electrons, which can cause serious anomalies in satellites, form. The finding, published in the journal Geophysical Research Letters, could help scientists more accurately forecast when these killer (relativistic) electrons will form.

Professor Yoshizumi Miyoshi of the Institute for Space-Earth Environmental Research at Nagoya University and colleagues compared data from two satellites situated on opposite sides of the Earth: the Arase satellite, developed by the Japanese Aerospace Exploration Agency (JAXA), and NASA's Van Allen Probes.

Scientists have known that electrons in Van Allen radiation belts that interact with ultralow frequency plasma waves accelerate to reach the speed of light. However, it has not been clear when or where these killer electrons start to accelerate.

To gain more insight about the electrons, Professor Miyoshi and his colleagues analyzed data generated on March 30, 2017, by the Arase satellite and Van Allen Probe. On one side of the Earth, the Van Allen Probe identified characteristic signs of an interaction between ultralow frequency waves and energetic electrons. On the opposite side, at the same point in time, the Arase satellite identified high-energy electron signatures, but no ultralow frequency waves.

The measurements indicate that the interaction region between electrons and waves is limited, but that the killer electrons then continue to travel on an eastward path around the Earth's magnetosphere.