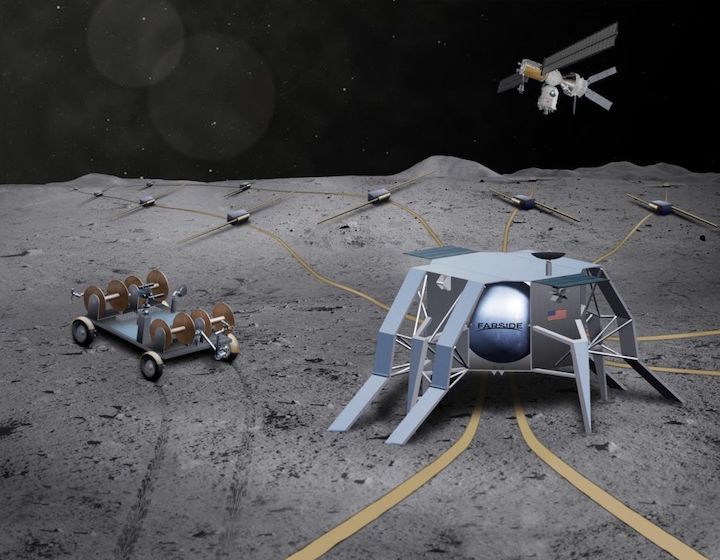 The far side of the moon is an attention grabber for many reasons. A new mission idea capitalizes on those reasons in a project dubbed the Farside Array for Radio Science Investigations of the Dark ages and Exoplanets, shortened to this enlightened abbreviation: FARSIDE.

The concept would place a low-radio-frequency interferometric array on the far side of the moon. Jack Burns of the University of Colorado Boulder and Gregg Hallinan of the California Institute of Technology have sketched out a way to execute the mission in a NASA-funded report published last month. 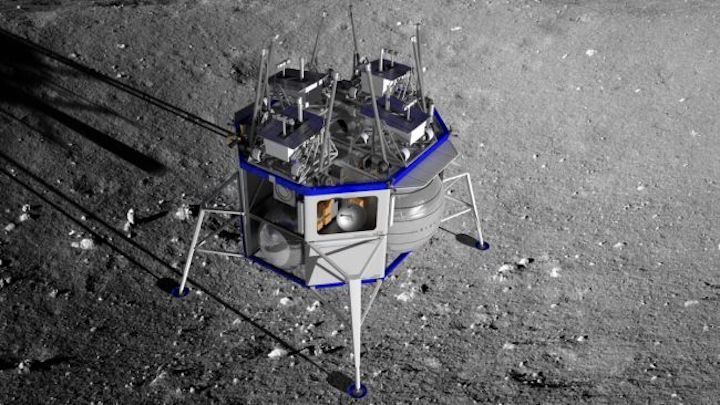 According to those materials, FARSIDE would enable near-continuous monitoring of the nearest stellar systems, letting scientists search for coronal mass ejections and energetic particle events at other stars. The instrument would also be able to detect magnetospheres of the nearest exoplanets that could be habitable. FARSIDE would be able to characterize similar activity in our own solar system as well, from the sun to the outer planets, including the hypothetical Planet Nine.

But those are just the highlights. The team explained that FARSIDE could also conduct a range of other tasks. Those applications might include sounding the lunar subsurface and characterizing the interstellar medium in the solar system neighborhood.

The FARSIDE idea encompasses the instrument itself, a deployment rover, the lander and a base station. FARSIDE relies on 128 dipole antennas deployed across 6 miles (10 kilometers) of the lunar landscape by a rover. Tethers connect the antennas to a base station for central processing, power and data transmission to the proposed NASA Lunar Gateway or an alternative relay satellite. 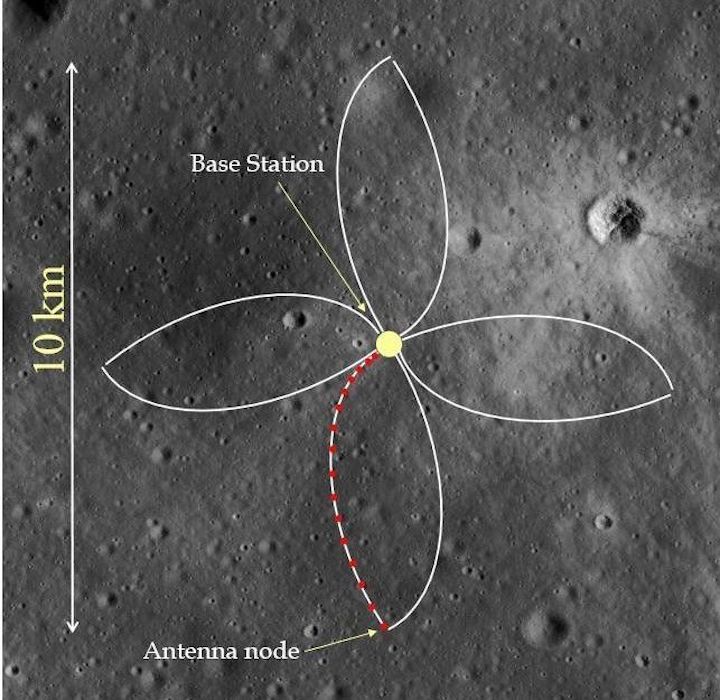 FARSIDE would require transportation to the lunar surface, likely on board a commercial lunar lander. The study report uses the Blue Origin Blue Moon lander as a reference for the design.

All told, the team estimated that the budget for FARSIDE, after applying NASA and JPL standard cost reserves of 30% during development and 15% during operations, would be roughly $1.3 billion. 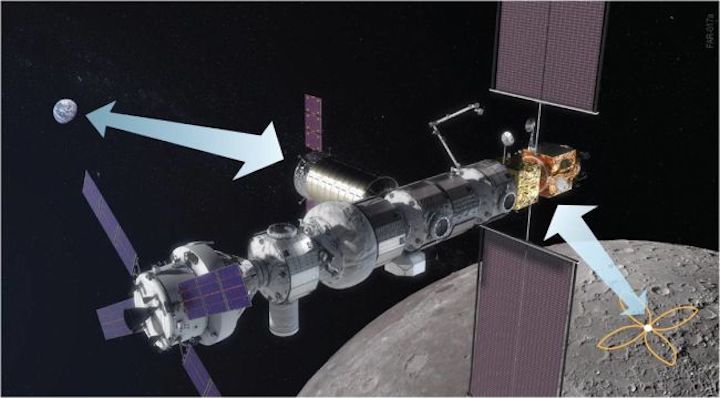 "In the past decade, significant investments have been made by commercial companies to develop the capability to deliver payloads to the surface of the moon, with some companies now on the horizon of success" the team wrote in the report. "NASA shows strong support of these companies through the Commercial Lunar Payload Services Program (CLPS), which recently awarded the first contract to three companies for payload delivery with a launch target in 2021."

"The study report notes that, because "sky noise" is so limited on the lunar farside, it's the only location within the inner solar system from which observations can be carried out, using frequencies that would best fulfill the promise of FARSIDE."

This study may be of interest to the lunar science community, Burns said, since it describes "how the array of low frequency radio dipole antennas might also be used to probe the subsurface on the lunar farside and as stations for seismic activity."