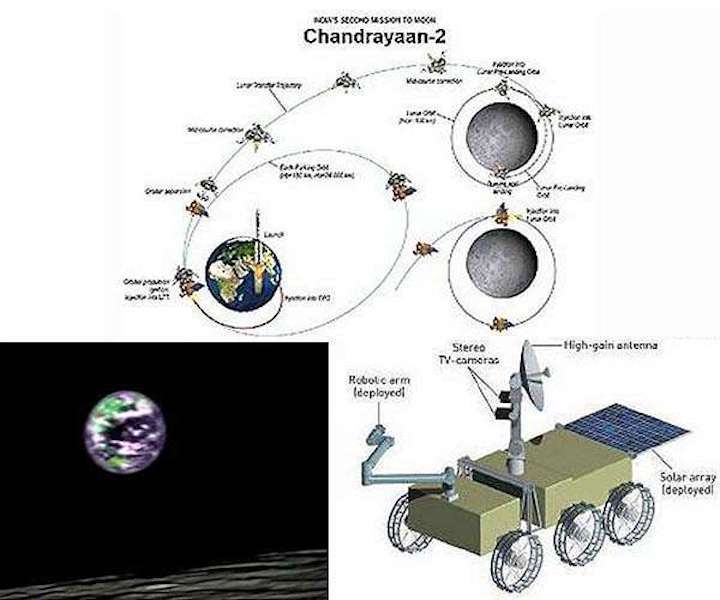 In July 2019, India attempted to be the first country to land a robotic mission at the moon's South Pole. The lunar mission, named 'Chandrayaan 2', failed when engineers lost contact with the "Vikram" lander in September.

India is gearing up to launch its third lunar mission 'Chandrayaan-3' by November 2020 as the Indian Space Research Organisation (ISRO) has started preparing for the mission, media reports said on Thursday.

The new mission will include only a lander and a rover, as the Chandrayaan-2 orbiter was planted successfully into the moon's orbit during the mission and is functioning well. However, its lander lost contact with the ground station while on its descent to soft-land on the moon.

The ISRO has started forming multiple committees comprising an overall panel and three sub-committees and has conducted four high-level meetings since October, reported The Times of India.

"The overview committee met to review the configuration of the Chandrayaan-3. It also looked into the recommendations of sub-committees on propulsion, sensors, overall engineering, navigation and guidance," the report stated.

"Work is in full flow," said a scientist. "So far, the ISRO has looked at ten specific aspects of the mission, including landing site selection, absolute navigation and local navigation."

Another scientist said the top priority is "strengthening the legs of the Vikram Lander" so that landing can be made possible even at high velocity. Reportedly, the ISRO will build a new lander and rover.

Meanwhile, US space agency the National Aeronautics and Space Administration (NASA), through the images taken by its moon orbiter's latest flyby, made attempts to locate the Indian lunar lander, however, so far, no traces were found.

A successful soft landing on the moon surface would have made India only the fourth country - after the United States, Russia and China - to achieve the feat.

Chandrayaan-1, launched in October 2008, was India's first lunar probe. The task, regarded as the country's most ambitious space mission, aimed to place an orbiter in the moon's orbit and deliberately crash-land a probe on the lunar surface. The Chandrayaan-1 spacecraft entered the moon's orbit - making India one of the countries to taste success in its maiden attempt.