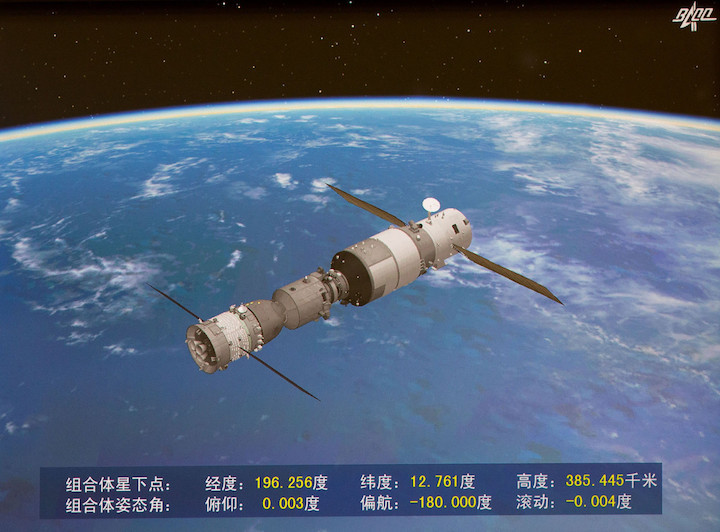 Thirty-six healthy male volunteers lay on beds with their heads low and feet high for 90 days for an experiment to simulate weightlessness that will pave the way for Chinese astronauts' long-term stay in space.

The Earth Star-2 experiment, conducted by the China Astronaut Research and Training Center, is preparation for China's space station, which is expected to be completed around 2022.

When the body is recumbent for a long time, fluid moves to the head and chest, and the leg bones and muscles are less active and stimulated, similar to the body changes of astronauts in space due to weightlessness, said Li.

"In the experiment, we can study cardiovascular dysfunction, bone loss, muscle atrophy, endocrine disorders and other medical problems under the conditions of weightlessness in space," she said.

"The experiment could provide scientific data on the impact of long-term weightlessness on the human body, and help us test the effectiveness of the protection measures for astronauts," Li said.

The volunteers were selected from more than 400 candidates.

Scientist carried out more than 10,000 tests and collected data on basic physiological, cardiovascular, bone, psychological evaluations and other indicators.

The experiment had three phases -- 15 days of adaptation, 90 days of bed rest and 33 days of recovery, making a total of 138 days. Currently, the participants are in the recovery period, said Li.

China has already sent 11 astronauts into space. During the Shenzhou-11 mission in 2016, two Chinese astronauts spent about 30 days in the Tiangong-2 space lab.

"After China completes its space station, astronauts might stay in space for up to 180 days. We need to fully understand the impact of long-term weightlessness on the human body and whether the existing protective measures are effective and how we can improve them. All the questions should be answered before the astronauts enter the space station," Li said.

Previously, China conducted such experiments on men for 30 days, 45 days and 60 days, and on women for 15 days, providing data and protection plans for a series of manned space missions.