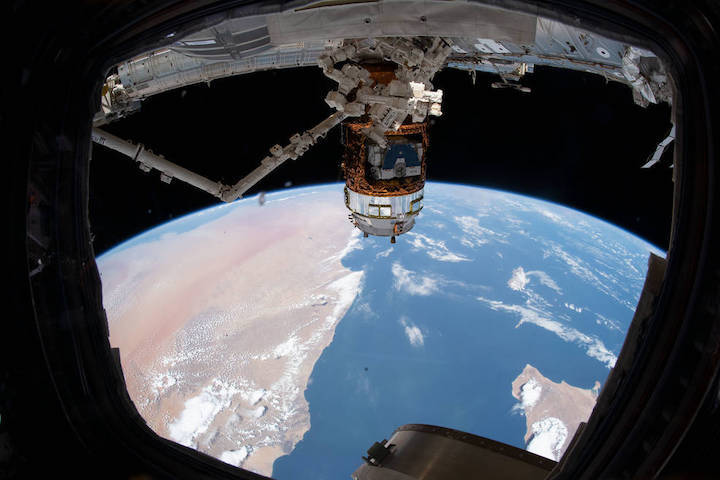 NASA will broadcast the departure of a Japanese cargo spacecraft from the International Space Station beginning at 1 p.m. EDT Friday, Nov. 1, on NASA Television and the agency’s website.

Ground controllers will use the station’s Canadarm2 robotic arm to detach the Japan Aerospace Exploration Agency’s H-II Transport Vehicle-8 (HTV-8) several hours before its release. Expedition 61 Flight Engineers Christina Koch and Jessica Meir of NASA will take over the controls of the robotic arm to release the spacecraft at 1:20 p.m.

HTV-8 delivered more than four tons of scientific experiments, including an upgrade to the Cell Biology Experiment Facility (CBEF-L), a small-sized satellite optical communication system (SOLISS), and a payload for testing the effects of gravity on powder and granular material (Hourglass). The spaceship also delivered supplies and new lithium-ion batteries for an upgrade from the nickel-hydrogen batteries that store power generated by the station’s solar arrays.

The cargo craft spent five weeks attached to the orbiting laboratory following a Sept. 24 launch from the Tanegashima Space Center in Japan. It will be loaded with trash and the nickel-hydrogen batteries removed from the station over a series of recent spacewalks.

Following its departure from the space station, HTV-8 will be commanded to deorbit on Saturday, Nov. 2, and burn up harmlessly in the Earth’s atmosphere. The deorbit will not air on NASA TV.