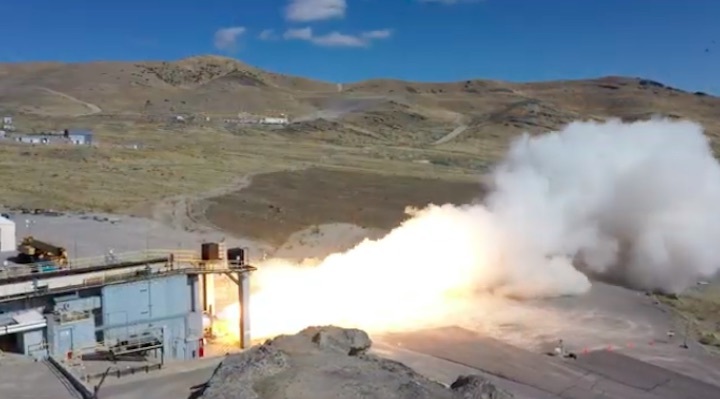 A new solid rocket motor built by Northrop Grumman has aced its final test-firing before a scheduled debut on a United Launch Alliance Atlas 5 rocket flight next year.

Billed as a “direct replacement” for the AJ-60A, Northrop Grumman’s GEM 63 booster produces roughly the same thrust and has approximately the same dimensions as the Atlas 5’s incumbent solid-fueled boosters.

Northrop Grumman performed the third in a series of GEM 63 test-firings Oct. 10 at the company’s Promontory, Utah, site before the new solid rocket motor’s first launch on an Atlas 5 rocket from Cape Canaveral late next year.

Kendra Kastelan, a Northrop Grumman spokesperson, said the company has no further test-firings planned for the GEM 63 motor before its first launch.

A spokesperson with the U.S. Air Force’s Space and Missile Systems Center, which procures launch services for U.S. military and intelligence-gathering satellites, said the the first use of the GEM 63 solid rocket booster on an Atlas 5 mission is scheduled for September 2020.

The mission, codenamed NROL-101, will launch a classified payload for the National Reconnaissance Office, which owns the government’s top secret spy satellites, the Air Force spokesperson confirmed to Spaceflight Now. Five GEM 63 boosters will help the Atlas 5’s main engine propel the NROL-101 payload into space, an Atlas 5 configuration with a 5-meter (17-foot) fairing known as the Atlas 5-551.

The GEM 63 motor is an enlarged version of the GEM 60 booster built by Northrop Grumman for ULA’s Delta 4 rocket family. The last GEM 60 motor flew on a Delta 4 launch in August. ULA’s five remaining Delta 4 missions will launch in the rocket’s heavy-lift configuration with three liquid-fueled cores, and no strap-on solid rocket boosters.

The new motor is designated the GEM 63 because of its 63-inch (1.6-meter) diameter. It measures 66 feet (20 meters) long and will generate up to 373,800 pounds of thrust during launch, consuming some 97,500 pounds (44.2 metric tons) of pre-packed solid propellant during a burn lasting around 100 seconds, before the booster is jettisoned.

Like the AJ-60A motor, the GEM 63 will have fixed nozzles and ogive nose cone, providing the proper aerodynamic shape to ensure the booster cleanly falls away from the Atlas 5 after burnout.

ULA’s ground processing team rehearsed transportation, handling and mating procedures using an inert GEM 63 motor at the Atlas 5 launch pad in May. The team practiced installing the inert motor on an Atlas 5 first stage inside the Vertical Integration Facility at Cape Canaveral’s Complex 41 launch pad to verify clearances and techniques before working with a real GEM 63 motor next year.

Tory Bruno, ULA’s president and CEO, wrote on Twitter that all Atlas 5 missions will eventually convert over to the new GEM 63 motor. ULA has not said when the company’s inventory of AJ-60A boosters will run out, or identified the final launch with Aerojet Rocketdyne-built solid rocket motors.

Crewed launches with Boeing’s CST-100 Starliner spacecraft will also eventually switch over to the GEM 63 booster, Bruno tweeted in response to a question from Spaceflight Now. 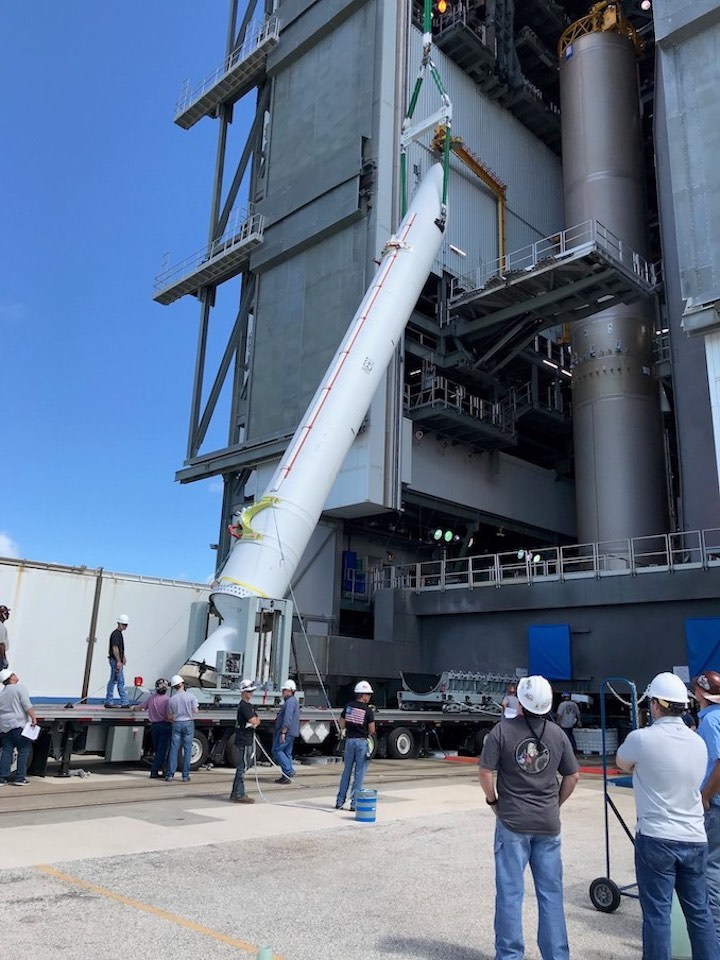 Aerojet Rocketdyne’s AJ-60A motor has a flawless record since its first use on the Atlas 5’s third launch in July 2003, with 115 of the boosters flown to date.

ULA announced in 2015 the selection of Orbital ATK — now part of Northrop Grumman — to provide solid rocket boosters for future Atlas 5 launches, and for the next-generation Vulcan Centaur rocket. At the time, ULA said the selection of the GEM 63 rocket motor would “significantly lower the price to ULA and to the U.S. government.”

A lengthened version of the GEM 63 known as the GEM 63XL will fly on ULA’s new Vulcan Centaur rocket, which is scheduled for an inaugural launch in 2021. The Atlas 5 rocket can fly with any number of solid rocket boosters from zero to five, while the Vulcan Centaur will launch in standardized configurations with two or six strap-on motors alongside the rocket’s two Blue Origin BE-4 main engines.

Northrop Grumman’s planned OmegA launcher, which is competing with ULA’s Vulcan Centaur for Air Force contracts, is designed to fly with up to six GEM 63XLT strap-on boosters, another variant of the new GEM 63 solid rocket motor.