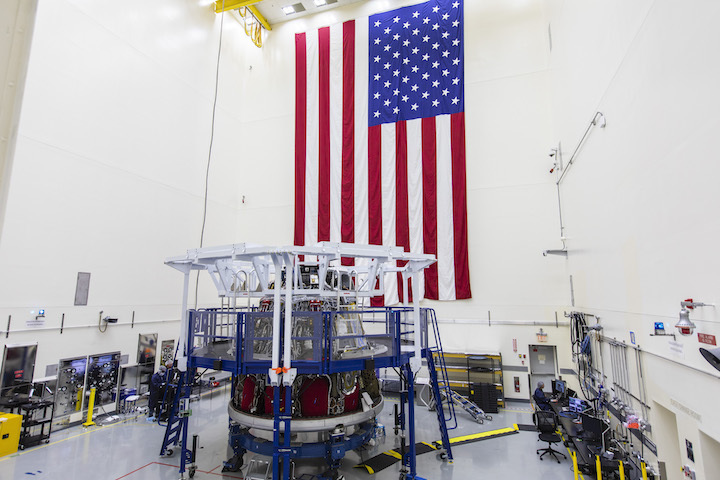 NASA and SpaceX are working together to return human spaceflight to American soil on American rockets and spacecraft as part of the agency’s Commercial Crew Program.
Credits: SpaceX

NASA Administrator Jim Bridenstine will tour SpaceX headquarters in Hawthorne, California, on Thursday, Oct. 10, to see the progress the company is making to fly astronauts to and from the International Space Station from American soil as part of the agency’s Commercial Crew Program.

Following the tour, SpaceX will host a media availability with Bridenstine, SpaceX Chief Engineer Elon Musk, and NASA astronauts Bob Behnken and Doug Hurley – the crew for the Demo-2 flight test to the space station.

Members of the media who would like to attend must fill out a SpaceX media accreditation request form by no later than 2 p.m. PDT Tuesday, Oct. 8.

Members of the media who are foreign nationals must also provide a photocopy of their passport to media@spacex.com by that time.

SpaceX will carry NASA astronauts to the space station on the company’s Crew Dragon spacecraft, and help return the ability to fly American astronauts on American rockets and spacecraft from American soil. This is an important step toward sending the first woman and the next man to the Moon by 2024, as part of NASA’s Artemis program.

In March, SpaceX completed Crew Dragon’s first demonstration mission, Demo-1, sending the uncrewed spacecraft to and from the International Space Station. NASA and SpaceX currently are preparing for an upcoming in-flight abort test of Crew Dragon’s launch escape system and the company’s second demonstration mission, Demo-2, which will send NASA astronauts to and from the station aboard Crew Dragon.

SpaceX may not be able to accommodate all who request accreditation, as space is very limited, and outlets may be asked to cap the number of representatives they request to send.

SpaceX will provide additional logistical details for credentialed media closer to the visit.