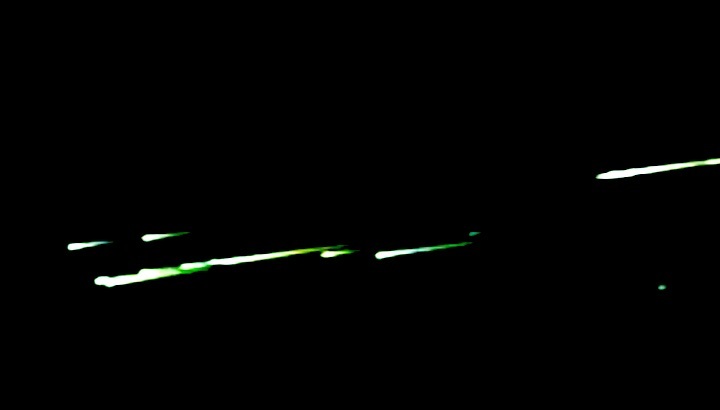 October 4 marks the 62nd anniversary of the launch of Sputnik 1, the first artificial satellite. It was the dawn of a new era, inaugurating the space race and heralding revolutionary changes in technology, politics and society. But mankind’s trek to the stars had a pernicious side-effect: We started treating outer space like a junkyard.

Scientists have called attention to the space debris problem for decades. Now time is of the essence to get the problem under control. With the United States taking concrete steps toward establishing a U.S. Space Force, and with deep-pocketed entrepreneurs collaborating on making space tourism and space hotels a reality, we need bold leadership and revolutionary ideas to address the debris problem.

Thankfully, both the private and public sectors are stepping up. The U.S. Office of Space Commerce recently hosted a workshop at the National Institute of Standards and Technology campus in Boulder, Colorado, where (full disclosure) I was a panelist. Space debris was one of the most-discussed topics. Public servants, leading academics, and industry leaders came together to highlight the problem and discuss solutions.

Sputnik’s anniversary is a great reminder that this problem is nothing new. The rocket body from Sputnik 1 was the first piece of orbital debris, which NASA defines as “any man-made object in orbit about the earth which no longer serves a useful function.” Today, orbital debris poses a significant threat to public and private space assets, such as communication satellites. There are at least 300,000 pieces of debris large enough to destroy a satellite upon impact.

Two orbit groups, low-earth orbit (LEO) and geostationary orbit (GEO), are the most concerning. Both are valuable orbits and have a lot of debris. GEO (22,000 miles above the earth) has lower collision risk due to its sheer size. But the situation in LEO (1,200 miles above the earth or lower) is more troubling. Due to its ease of access for space asset placement and servicing, it is an especially popular location for satellites. That popularity contributes to collision risk.

In recent years, private companies have replaced governments as the primary actors in space. The growing viability of space commerce is certainly a welcome development, but in some respects, it could make the debris situation much worse. For example, Elon Musk’s SpaceX ambitiously plans to launch 12,000 satellites into orbit over the next decade. This volume of traffic greatly increases collision risk. Those collisions won’t be one-off events. Each collision creates fragmentation debris, which increases the probability of future collisions.

At some point, space could become so cluttered by a cascade of increasing collisions that we can no longer access orbit safely. Known as the Kessler syndrome, (named after the NASA scientist who came up with it in the late 1970s) this doomsday scenario could seriously hinder human endeavors in space.

How did orbit become so cluttered with space junk in the first place? Why didn’t governments do something about it earlier? Specific orbital trajectories and access to orbits are, in economics jargon, common-pool resources and public goods, respectively. In other words, it's hard to penalize space actors for the costs they impose on others. Most debris (thus far) is government-created, and international law makes it difficult for launching states to hold each other accountable. Public international space law requires consent among spacefaring nations. In the race to establish space supremacy, these states are unlikely to voluntarily accept penalties for launching space assets. The predictable result is crowded orbits.

What about debris removal? Again, international law makes this difficult. The 1967 Outer Space Treaty gives launching states jurisdiction over their space objects. This means neither the U.S. government nor U.S. companies can remove, say, Chinese debris without the consent of the Chinese government. The 1972 Liability Treaty also specifies that launching states are liable if their space missions damage earth objects or space objects. Governments thus have a reason to hesitate on leading, or even permitting, debris removal projects, since they could be legally liable if those missions go wrong.

These challenges must be overcome to preserve access to orbit. More than six decades ago, in the service of a worthy cause, humans began polluting space. Commercial benefits and environmental justice compel us to figure out how to clean it up.