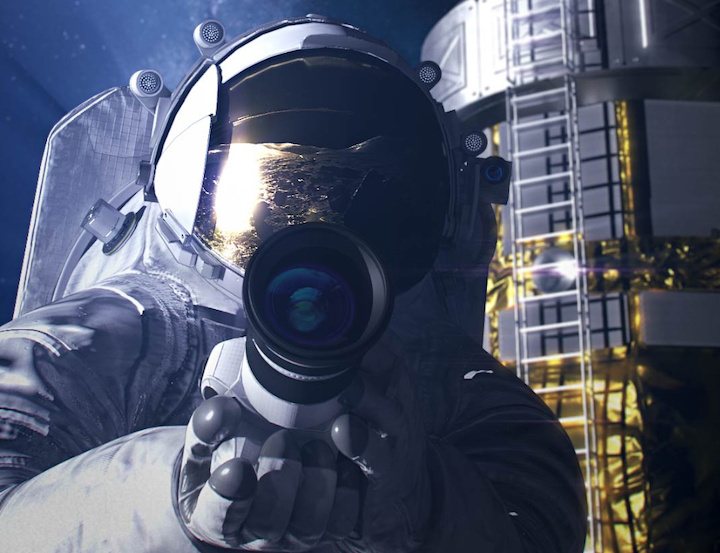 NASA has issued a “Request For Information (RFI)” from industry on designing the next generation of spacesuits that will be worn by the Artemis crew that will step foot on the surface of the Moon. A long-time goal of NASA to advance its spacesuit options, “NASA Exploration Extravehicular Activity (xEVA)” will be designed to provide astronauts with enhanced mobility to accomplish their exploration tasks on the lunar surface.

NASA’s current breed of EMU (Extravehicular Mobility Unit) is dedicated to EVAs outside of the ISS after also riding on Shuttle missions to cater for spacewalks relating to everything from servicing the Hubble Space Telescope to even an emergency repair to the orbiter’s Thermal Protection System (TPS).

When NASA was directed to retire the Shuttle, switching the focus to exploration missions, options included modifying the famous Space Shuttle launch and entry suit – or Advanced Crew Escape Suit (ACES) – for use not only during launch and re-entry for crews riding in Orion, but also for use on spacewalks (EVAs), such as during the since-canceled Asteroid Redirect Mission (ARM).

Shuttle crews used ACES from 1994 through to the end of the program. However, it had a rich history ranging back to the early days of human space flight. Its key selling point was its mobility, which the current ISS-based EMUs would struggle with outside of their Station maintenance remit.

Enhanced mobility is provided as a key requirement in the RFI which focuses on suits to be worn by astronauts that will conduct missions on the surface of the Moon during the Artemis missions.

NASA is seeking Industry feedback to help refine and mature the acquisition strategy for production and services for lunar spacesuits to enable a steady cadence of Artemis missions over the next decade and beyond,” noted NASA’s overview, adding the suit will first be tested on the ISS.

“The agency is prepared to build and certify the initial spacesuits to support a demonstration in a spaceflight environment on the International Space Station in 2023 and the first trip to the lunar surface in 2024, as part of the Artemis III mission. After Artemis III, NASA plans to transition responsibility for production, assembly, testing, sustaining and maintenance of a fleet of flight and training spacesuits and associated hardware to U.S. Industry.”

The RFI requested interested industry should promote the suit’s ability to deal with dust, thermal conditions, operational requirements such as walking, driving rovers, or collecting samples, or gravity. It will also need to be flexible through a variety of missions and destinations, such as spacewalks on the space station, or at Gateway if needed, and future missions to Mars as part of its core suit technologies.

Based on lessons learned with NASA’s previous and current EMUs, the next generation of suit should accommodate a broader range of crew sizes and improve fit, comfort, and astronaut mobility for tasks on the lunar surface.

Improvements include a highly mobile lower torso for walking and kneeling as well as an upgradable life support system that allows components to be swapped out as technologies mature or mission parameters change without having to redesign the entire suit. 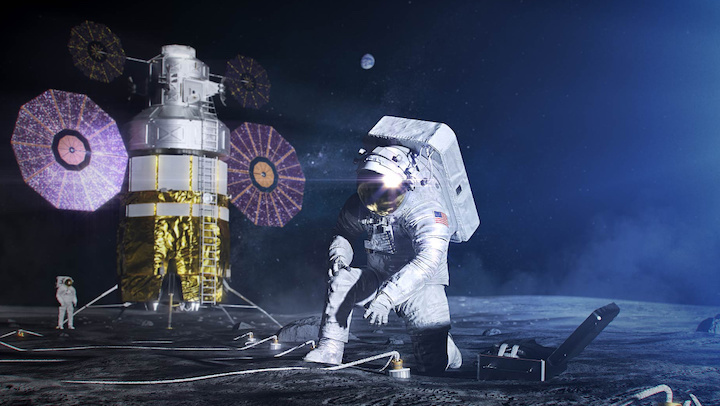 “You won’t see the bunny hopping and falls like those seen in the Apollo videos, because we’ve added bearings and new soft elements to help the suit move smoothly with the wearer,” said Marshall Smith, director of the Human Lunar Exploration Program at NASA Headquarters in Washington.

“With the improvements to the suits for Artemis missions, astronauts can now open up new possibilities for science and exploration at the Moon.” 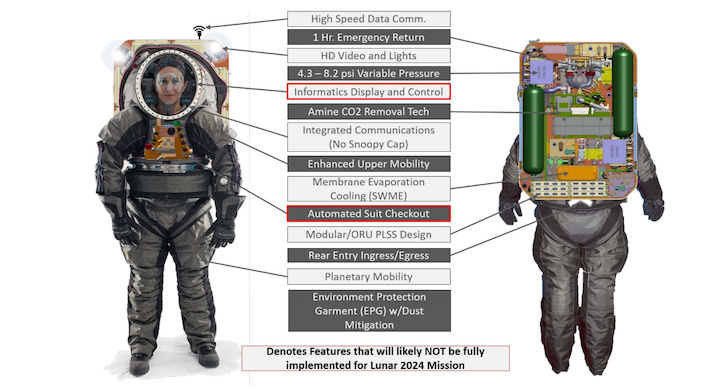 This information is provided as a baseline to work from, along with information such as the Vehicle Interface Equipment (VIE) panels on the Artemis lander, which crews will need to operate when in the xEMU.

The RFI also requests industry interested in working on the suit should take into account the tools that the spacewalkers will be using on the lunar surface, although such tools aren’t clearly defined at this time.

“The agency is also asking for information on production and sustaining of toolkits astronauts will use during lunar spacewalks, crew-aids and vehicle integration hardware needed to support unique operations and interfaces associated with missions to Gateway and the lunar surface,” added the NASA overview.

What is overviewed is how the suits will be circulated as NASA pushes onwards with its exploration roadmap.

That initial focus will require suits to be provided for use on the International Space Station, the Lunar Gateway and the surface of the Moon.

Such suits should be evolvable, allowing for gravity changes that will be involved with missions to the surface of Mars – although such NASA missions aren’t expected until deep into the 2030s.

“With the help of partners from industry and academia, we have developed a suite of advanced spacesuit components in preparation for missions to distant destinations,” added Smith. “Now we will take the next step together in the boots of the new exploration suit for Artemis missions at the Moon.”