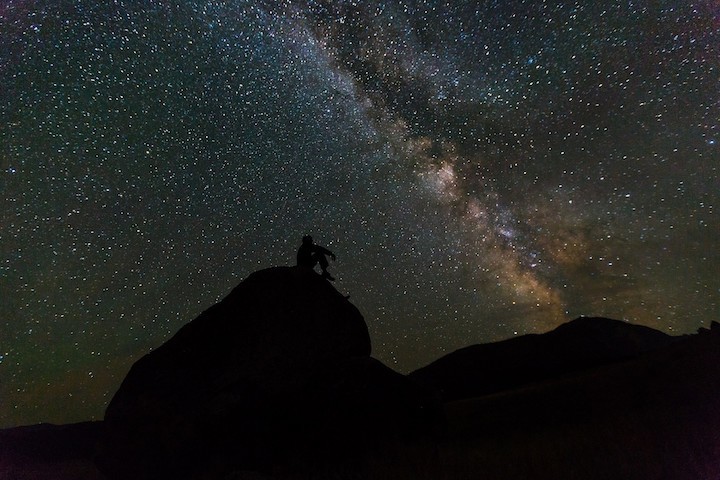 Chinese astronomers have completed about 71.4 percent of a grand project to paint a portrait of the vast Milky Way, according to the Qinghai station of the Purple Mountain Observatory of the Chinese Academy of Sciences.

It's expected to take another four to five years to complete the whole project, named "Milky Way Imaging Scroll Painting," which was launched in 2011, said Lu Dengrong, a senior engineer at the station.

The Milky Way Imaging Scroll Painting project aims to probe the distribution, structure and physical properties of molecular clouds to get a relatively complete picture of the structure of the Milky Way, said Chinese astronomers.

"The project will change our understanding of our galaxy," Lu said.

The observation of the galaxy was carried out with a 13.7-meter millimeter-wave telescope located in the Gobi Desert at an altitude of 3,200 meters in northwest China's Qinghai Province.

The telescope is China's only large radio telescope working at the millimeter wave band, providing data for a series of key astronomical studies, and it is open to astronomers worldwide.

It is mainly used to study molecular clouds and the formation of stars, as well as planetary nebula, the evolution of stars and interstellar matter.