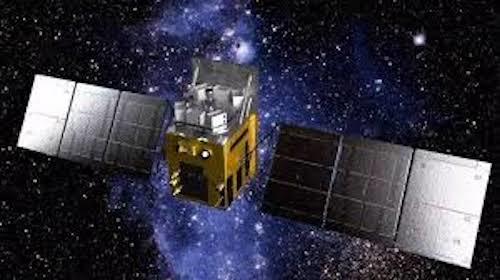 Chinese scientists have conducted experiments on pulsar navigation with an X-ray space telescope, and the technology could be used in future deep space exploration and interplanetary or interstellar travel.

The experiments were conducted on the Hard X-ray Modulation Telescope (HXMT), dubbed Insight, which was sent into space on June 15, 2017, to observe black holes, pulsars and gamma-ray bursts, by scientists from the Institute of High Energy Physics of the Chinese Academy of Sciences.

The positioning accuracy in the experiments reached 10 km, further verifying the feasibility of autonomous navigation of spacecraft by using pulsars, which lays a foundation for future practical application in deep space exploration, said scientists.

An article about the experiments was published in the Astrophysical Journal Supplement on Wednesday.

More and more space probes are exploring the solar system and "Voyager 1" and "Voyager 2" are going deeper into space. Being far away from Earth, they cannot use the global navigation satellite systems (GNSS). These spacecraft mainly depend instead on radio technologies which have many limitations.

Pulsar navigation, an autonomous navigation technology, is receiving more and more attention as it is less dependent on the support of ground equipment and meets the continuous navigation requirements for deep space exploration, Zheng said.

"X-ray pulsar navigation is a new type of autonomous navigation method," said Zheng, adding that, "It uses the periodic pulse signals from pulsars, the distant celestial objects in the universe, providing navigation and timing services for spacecraft in space."

Pulsars, a kind of rapidly rotating neutron star, are produced in supernova explosions. They are found to be highly magnetized, emitting two beams of electromagnetic radiation. This radiation can be observed only when the beam of emission is pointing toward Earth. It is much the same as how a lighthouse can be seen only when the light is pointed at an observer. To date, scientists have discovered more than 2,000 pulsars. The Milky Way is thought to have around 100 million of them.

They are also called "cosmic-lighthouses" because of their long-term timing stability comparable to atomic clocks on Earth. By detecting the periodic pulse signals of pulsars, a spacecraft can autonomously determine its orbit parameters, said scientists.

From Aug. 31 to Sept. 5, 2017, Insight observed the Crab pulsar for about five days to test the feasibility of pulsar navigation. The research team had also proposed an algorithm for X-ray pulsar navigation, according to Zhang Shuangnan, lead scientist of the Insight space telescope.

The research team further improved the algorithm and applied it in the processing of the observation data of the three detectors onboard Insight. The satellite's orbit was determined successfully, with the positioning accuracy within 10 km, comparable to that of a similar experiment conducted on the International Space Station, Zhang said.

To test the feasibility and reliability of the algorithm, the research team has carried out theoretical analysis and simulation verification with various types of pulsars. Their results show that the method works for different pulsars.

The reviewer for the Astrophysical Journal commented that "The flight demonstrations from the Insight-HXMT satellite are important contributions to the development of X-ray navigation."