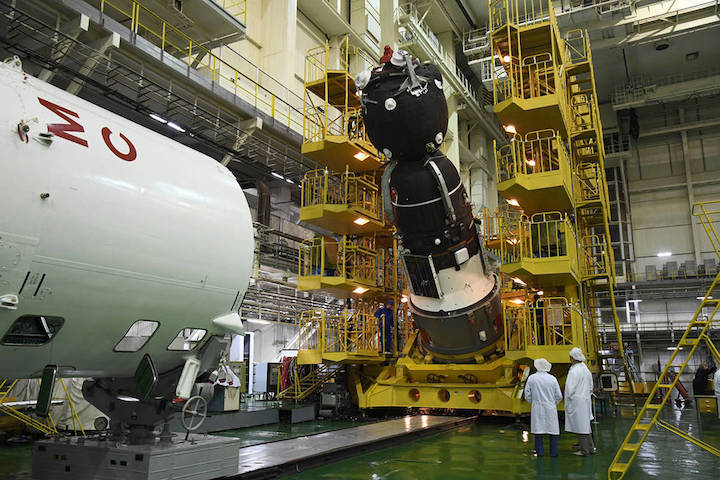 The Soyuz MS-14 spacecraft is scheduled to launch on a test flight Aug. 21 on a Soyuz 2.1a booster from the Baikonur Cosmodrome in Kazakhstan.
Credits: Roscosmos

An uncrewed Russian Soyuz spacecraft is set to launch from the Baikonur Cosmodrome in Kazakhstan on Wednesday, Aug. 21, at 11:38 p.m. EDT (8:38 a.m. Aug. 22 Baikonur time) on a test flight to validate the spacecraft’s compatibility with a revamped Soyuz booster rocket. The booster will be used to transport crews to the International Space Station beginning in spring 2020.

Live coverage of the launch, docking and undocking of the spacecraft will air on NASA Television and the agency’s website.

The Soyuz MS-14 spacecraft will lift off from Site 31 at the Cosmodrome on a Soyuz 2.1a booster, which has been used recently to launch uncrewed Russian Progress cargo resupply missions to the space station.

Two days later, on Saturday, Aug. 24, at 1:30 a.m., the Soyuz will navigate to an automated docking on the station’s space-facing Poisk module.

The Soyuz 2.1a booster, equipped with a new digital flight control system and upgraded engines, is replacing the Soyuz FG booster that has been used for decades to launch crews into space. The Soyuz spacecraft will have an upgraded motion control and navigation system, as well as a revamped descent control system.

Instead of crew members, the Soyuz will carry 1,450 pounds of cargo to the Expedition 60 crew currently residing on the orbital outpost.

After a two-week stay at the station, the Soyuz will be commanded to undock from the station on Friday, Sept. 6, at 2:13 p.m.

TV coverage of the launch, docking, and undocking activities is as follows (all times EDT):

The uncrewed Soyuz MS-14 will be deorbited for a parachute-assisted landing in south-central Kazakhstan at 5:35 p.m. on Sept. 6 (3:35 a.m. Kazakhstan time on Sept. 7), where Russian personnel will be standing by to recover the spacecraft for postflight analysis. NASA TV will not provide live coverage of landing. The mission’s completion will be reported on social media and the agency’s website.

Soyuz-2.1a carrier rocket to be taken to launch pad on August 19

It will be the first time that a Soyuz-2.1a carrier rocket will be used for sending a manned spacecraft to the orbit 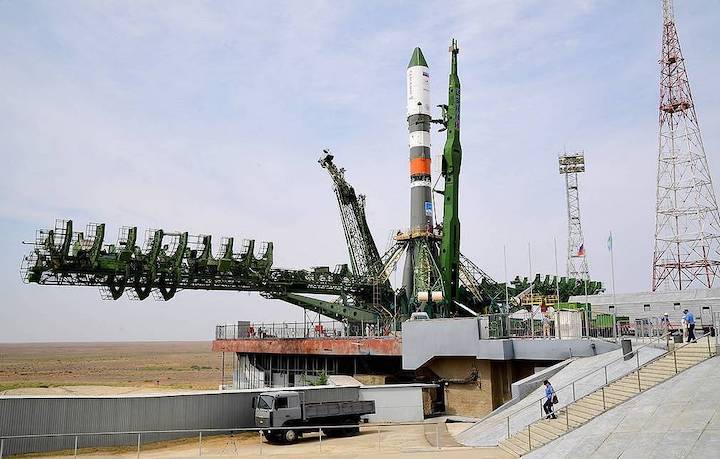 A state commission has given the green light to the start of flight trials of the Soyuz-MS spacecraft and the Soyuz-2.1a carrier rocket due to be launched on August 22, Roscosmos Director General Dmitry Rogozin said

"At the Baikonur space center, a state commission gave the green light to the start of flight trials of the Soyuz-MS spacecraft and the Soyuz-2.1a carrier rocket and of taking the space rocket to the launch pad on August 19," Rogozin wrote on his Twitter page on Saturday.

It will be the first time that a Soyuz-2.1a carrier rocket will be used for sending a manned spacecraft to the orbit. Although there will be no humans on board this time, the spacecraft will carry Russia’s Skybot F-850 android robot and cargo to the International Space Station (ISS). The launch is scheduled for the morning of August 22, the docking with the ISS is due to take place on August 24.

The Robot is expected to stay in orbit for a week and a half, after which it will return to Earth. In the future, the Skybot F-850 will travel to the Moon. Such flights will be performed before manned missions to the Earth’s natural satellite.

Russia has launched a rocket carrying a life-sized robot to the International Space Station (ISS).

It was launched from Russia's Baikonur cosmodrome in Kazakhstan on Thursday and is set to arrive at the station on Saturday.

The robot, named Fedor (Experimental Demonstration Object Research), is the first ever sent into space by Russia.

In order to test a new emergency rescue system, the robot was the Soyuz rocket's only passenger.

Fedor stands some one metre and 80 centimetres tall (5ft 11 inches) and weighs 160 kilograms.

During its 10 days at the ISS, Fedor will learn new skills such as "connecting and disconnecting electric cables, using standard items from a screwdriver and a spanner to a fire extinguisher," said Alexander Bloshenko, the Russian space agency's director for prospective programmes and science. 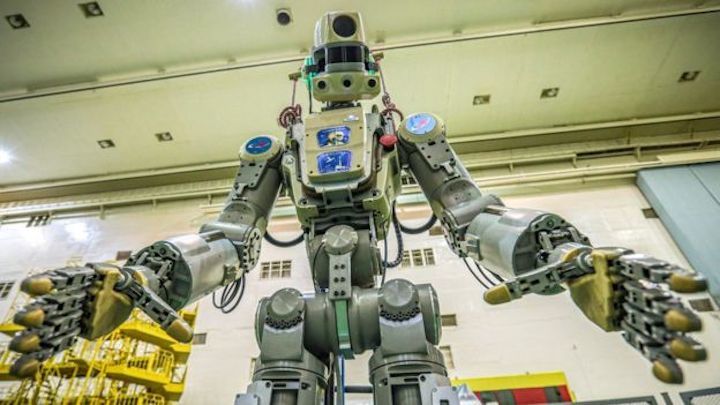 It is hoped that Fedor will eventually carry out more dangerous tasks such as spacewalks.

Fedor is not the first robot sent into space.

The US sent a robot into space in 2011 with the aim of working in high-risk environments. It was flown back to earth last year after suffering technical problems.

The rocket lifted off from the Gagarin Start launch pad at 6:38 Moscow time 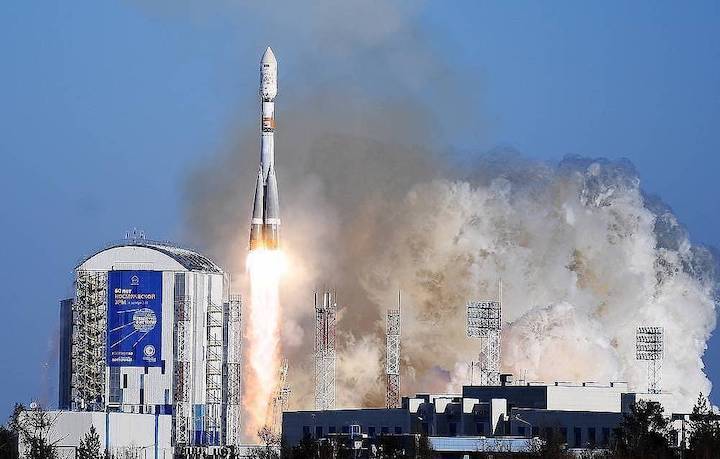 BAIKONUR SPACE CENTER /Kazakhstan/, August 22. /TASS/. In a groundbreaking, historic test flight, the Soyuz-2.1a carrier rocket along with the MS-14 spacecraft blasted off from the Baikonur space center in Kazakhstan on Thursday headed to the International Space Station (ISS), with a Russian humanoid robot, known as Fedor, as its sole passenger on board. This flight mission is significant because it does not have a human crew.
With all systems go, the rocket lifted off from the Gagarin Start launch pad at 6:38 Moscow time.
Approximately nine minutes after the launch, the Soyuz separated from the third stage and embarked upon a two-day journey to the ISS.
At about 6:47 Moscow time, the spacecraft unfurled its solar panels.
Since 2002, Soyuz spacecraft has transported astronauts to the International Space Station, but this time for this test flight, this Soyuz-MS spacecraft is carrying Russia’s Skybot F-850 robot known as Fedor along with cargo to the space station. The docking is scheduled for 08:31 Moscow time on August 24.
Russia’s space industry switched to a next-generation rocket after its Ukrainian partners stopped deliveries of similar control systems installed on Soyuz-FGs. In wake of the 2014 tensions, both countries suspended space cooperation, so Russia was left with a limited number of Soyuz-FGs. The last launch of this rocket model will take place on September 21. Soyuz-2.1a rockets are equipped with Russian-made digital control systems.
Quelle: TASS
Raumfahrt - Startvorbereitung für Soyuz MS-14 spacecraft to ISS Raumfahrt - Start von Soyuz MS-14 spacecraft to ISS
1955 Views
Created with page4