Hall thrusters, which are already used to propel spacecraft and satellites on long missions, could be used for even longer ones if models for minimising surface erosion were taken into account 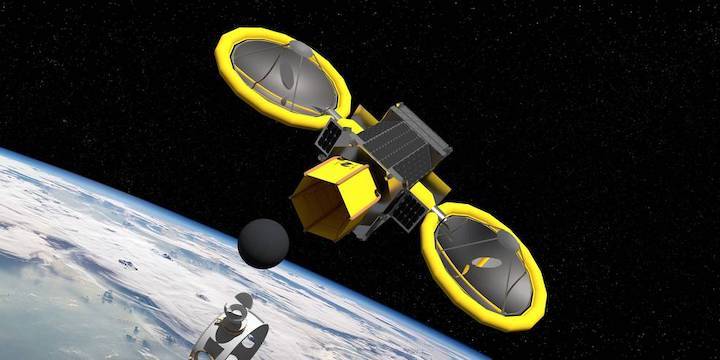 The 50th anniversary of the Apollo 11 moon landing has reignited interest in space travel. However, almost any mission beyond the moon, whether manned or unmanned, will require the spacecraft to remain fully operational for at least several years. The Hall thruster is a propulsion system that is often used by craft involved in long missions. A recent study by Andrey Shashkov and co-workers at the Moscow Institute of Physics and Technology, Russia has shown how the operating lives of these systems can be further extended; their work was recently published in EPJ D.

The speed or direction of a spacecraft operating in a vacuum can be changed using an ion drive, which creates thrust by accelerating cations. The Hall thruster is a type of ion drive in which the acceleration is provided by an electric field rather than chemical fuel. It is recommended only for use in space missions longer than 3-5 years; currently, these typically involve satellites. When these thrusters do stop working, it is generally because of surface erosion caused by the propellant; the pattern of surface erosion depends on where, in the Hall thruster channel, ions are formed and then accelerated: the ionisation and acceleration regions (IARs).

Shashkov and his colleagues used computer modelling to investigate how changing the rate of gas flow and the size of the magnetic field affects the location of these regions. They then tested their findings by measuring the parameters on a laboratory-scale Hall thruster unit in a vacuum. Importantly, they found that it was possible to keep the IARs at the same, optimal locations. Stationary IARs are known to prolong the life of Hall thrusters, suggesting that these drives could be used in spacecraft on even longer missions: many times further than the moon.