The facility will not be mothballed and will resume operations "within a sensible period of time," Dmitry Rogozin said 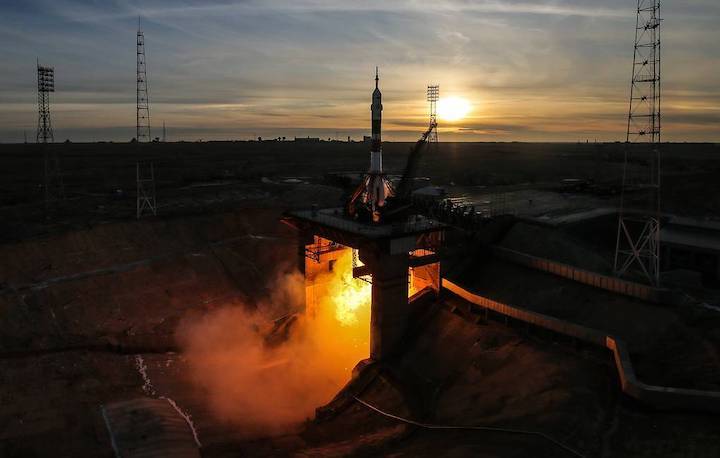 BAIKONUR /Kazakhstan/, July 21. The modernization of the Baikonur launch center’s famous Launch Pad No.1 - the pad Yuri Gagarin used during the humanity’s first space flight in 1961 - will begin shortly after the launch of the Soyuz MS-15 manned spacecraft due September 25, the head of Russia’s space corporation Roscosmos said on Sunday.

At the moment, the Gagarin’s Start is intended for launches of the Soyuz-FG carrier rockets carrying manned Soyuz MS spacecraft. When the upgrade begins, all spacecraft bound to the ISS will be launched atop Soyuz-2.1a carrier rockets from the 31st pad.

"[The upgrade will begin] shortly after September 25, when the next manned mission to the ISS comprising a UAE astronaut will be launched. We do not plan to mothball Launch Pad No.1, instead, we plan to begin the required work, to start drafting working documents and delivering equipment, so that we could resume launches from ‘Gagarin’s Start’ within a sensible period of time," Roscosmos Director General Dmitry Rogozin told reporters at Baikonur in Kazakhstan, from where a Soyuz MS-13 manned space mission departed to the International Space Station on Saturday.

According to Rogozin, the timeframe of the modernization will be known once the project documentation is ready.

"We have already ordered it, and will receive it soon," he said, adding that the task was to resume operations of the Gagarin’s Start as soon as possible.

According to Rogozin, once Russia begins the modernization of the facility, all launches to the International Space Station (ISS) will be possible only from one launch pad at Baikonur.

"Within a very short timeframe, it will be possible to launch Progress spacecraft [from the Vostochny launch center in Russia's Far East], and, therefore, to reduce the burden on the 31st pad during the modernization of the Gagarin’s Start," he added.

Among the project’s investors are the Russian Direct Investment Fund (RDIF) and the United Arab Emirates.

The Russian Direct Investment Fund (RDIF) will invest $87 mln in modernizing infrastructure at the Baikonur space center together with Middle Eastern investors, GK Launch Services and with the support of Russia's Roscosmos space corporation. The project envisages modernization of the spaceport's launch site No 1 and its further use for launching Soyuz-2 carrier rockets.

RDIF and its partners' investment will allow to modernize the ground infrastructure of the largest spaceport in the world, increase competitiveness of the Russian space industry on the global market of space launch services and commercialize the best Russian space technologies.