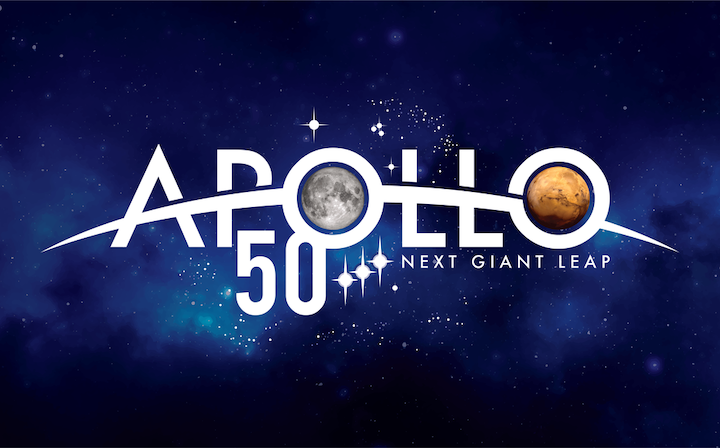 Time was running out. The Apollo 11 lunar module was on its historic descent to the moon’s crater-pocked surface on 20 July 1969 when a fuel light blinked on. Still 100ft (30 metres) above the ground, it was not what the astronauts needed. The Eagle’s tank was nearly dry.

In a new video interview about the momentous first landing on the moon, Buzz Aldrin, the mission’s lunar module pilot, describes how he held his tongue when the warning light appeared and Charlie Duke, Nasa’s capsule communicator, came on the line from Houston to inform Aldrin and Neil Armstrong they had only 60 seconds left to make it down.

“OK. One hundred feet. Sixty seconds. We’d better ease down,” Aldrin recalls thinking. But he thought better of telling Armstrong to get a move on. Dressed in a jacket and “Destination Mars” T-shirt, his fingers adazzle with rings, Aldrin’s contorted face conveys how dicey the moment was. “But I don’t want to disturb Neil by saying: ‘Hurry up, hurry up!’” he says, leaning in and dropping his voice. 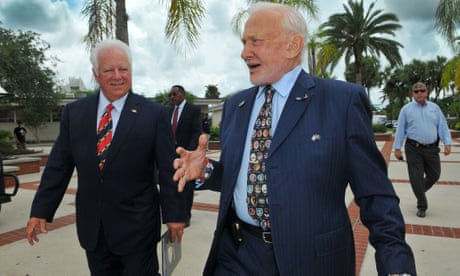 Armstrong had enough on his mind. From an altitude of about 500 ft he had taken control of the lunar module and was carefully steering the craft down. Nobody knew how the module would handle and there in front of the descending craft loomed a large crater that would have spelled disaster for the men and the mission.

The astronauts had already had to contend with program alarms going off in the module, which themselves could have forced the mission to abort. The glitch was eventually resolved, leading to a “go” from Houston, but as Aldrin concedes: “it tended to distract a little bit.”

The Eagle dropped 90 ft over the next 30 seconds, leaving the crew a further half minute of fuel to navigate the final 10 ft to the lunar surface. In the interview recorded at the Science Museum in London in 2016, but released on Thursday for the first time, Aldrin says it was only at that late stage that he felt more confident about the landing. “I figured, ah, we got it made,” he recalls. 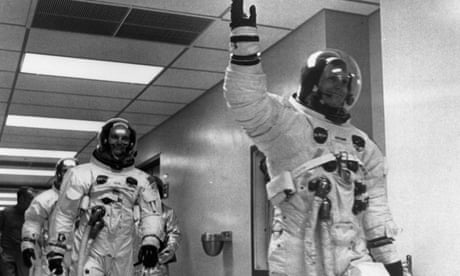 Apollo 11: the fight for the first footprint on the moon

It was a feat that succeeded by the finest of margins. “We touched down, and I think the estimate, not because somebody put a dipstick in the fuel to see how much was left, but it was calculations and information onboard, we probably had about 15 seconds of fuel left.”

The museum is marking the 50th anniversary of the Apollo missions with a Summer of Space, featuring the Soyuz capsule from Tim Peake’s mission to the International Space Station and the original Apollo 10 command module simulator console.

The latter will go on display alongside the Apollo 10 command module, “Charlie Brown”. The mission served as a dress rehearsal for the moon landing and the module holds the record for the fastest crewed vehicle in history, having reached a speed of 24,790 miles per hour as it fell back to Earth on 26 May 1969. Aldrin’s interview will appear on the Science Museum’s YouTube channel.

For those of a certain age, the museum will celebrate the touchdown of Apollo 11 on Saturday with a special screening of The Clangers introduced by Sir Michael Palin.

Raumfahrt-History - 'We had 15 seconds of fuel left': Buzz Aldrin on the nervy moon landing
1455 Views
Created with page4