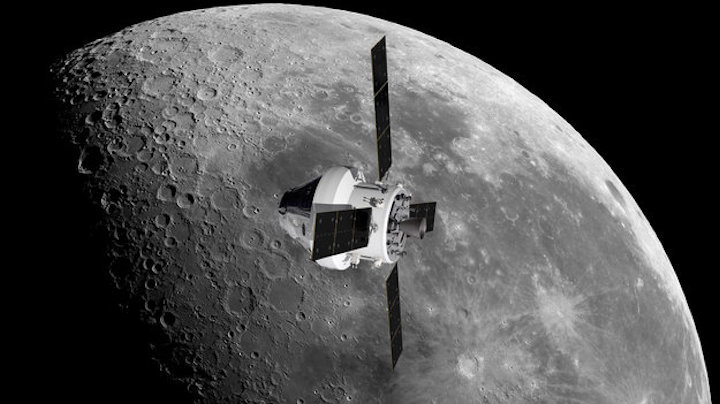 The Artemis-3 mission is slated to launch on NASA’s Space Launch System in 2024 and will send up to four astronauts on board Orion to a lunar orbit where the spacecraft will dock at the planned Gateway. From there, two of the astronauts will board a lander to ride down to south pole of the Moon.

ESA has already supplied the first European Service Module that is being connected to Orion’s Crew Module this month. The second module is being built in Bremen, Germany, for shipment next year to USA. 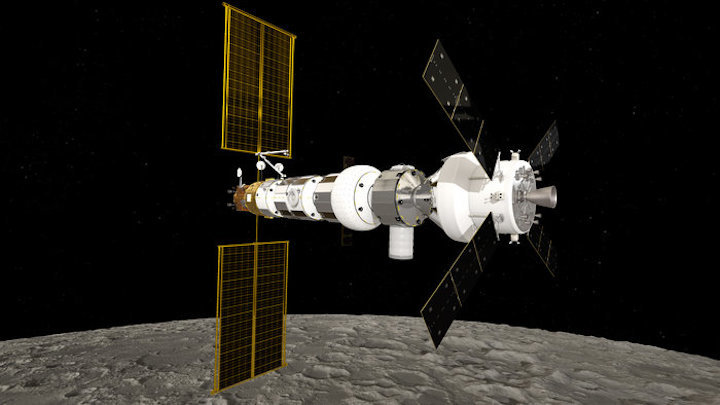 Third mission: landing on the Moon

The agreement gives the go-ahead to start building the third European Service Module for Orion, it will provide everything the astronauts need to live and arrive safely in lunar orbit including air, water, electricity, propulsion, temperature control and structural stability.

A contract for two European Service Modules is already in place with ESA’s prime contractor Airbus DS in Bremen, early procurements for the third have been initiated, and the full contract is currently under negotiation.

The Artemis-3 mission will involve the landing on the Moon of two astronauts, the 13th and 14th humans to walk on the Moon. For the first time they will visit the south pole of the Moon, a place with permanently-lit areas and eternal shadows, where they will seek ancient lunar ice.

“The team welcomed the agreement with elation,” says ESA’s Philippe Deloo of the European Service Module team. “We are already proud to be developing the first spacecraft to return humans to the Moon, but the spacecraft that will see humans land on the Moon is on another level.”

“Working on this third module really brings it home: we are working on the hardware that NASA aims to bring the first woman to the Moon,” says Nico Dettmann, ESA’s head of development at Human and Robotic Exploration.

“The Orion spacecraft is instrumental to the infrastructure we are building around the Moon – including assembling the Gateway and returning samples gathered by robotic missions,” concludes Nico. “We are pleased to continue the fruitful international exploration cooperation with NASA, 50 years after the first Apollo landings.” 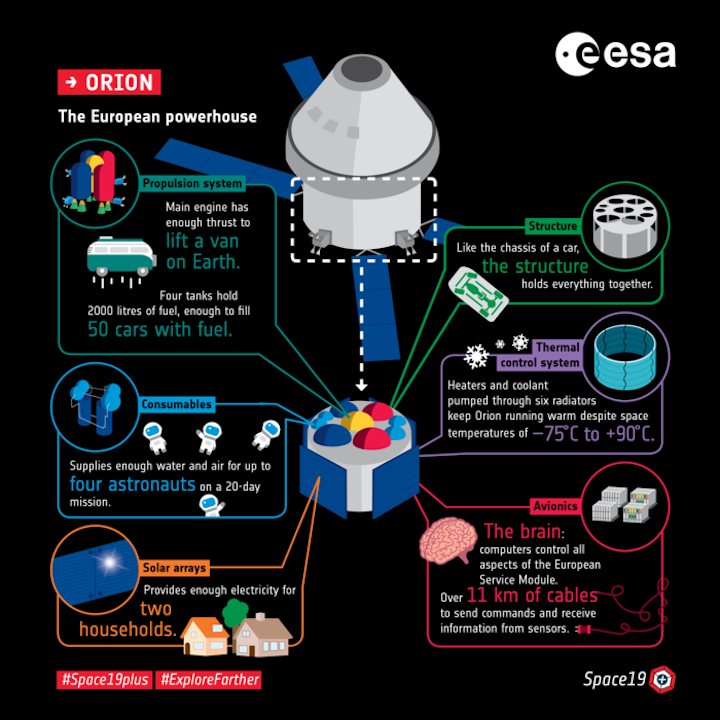 Orion is NASA’s next spacecraft to send humans into space. It is designed to send astronauts farther into space than ever before, beyond the Moon to asteroids and even Mars.

ESA has designed and is overseeing the development of Orion’s service module, the part of the spacecraft that supplies air, electricity and propulsion. Much like a train engine pulls passenger carriages and supplies power, the European Service Module will take the Orion capsule to its destination and back.

The Orion spacecraft is built by NASA with ESA providing the service module. The arrangement stems from the international partnership for the International Space Station. NASA’s decision to cooperate with ESA on a critical element for the mission is a strong sign of trust and confidence in ESA’s capabilities.

More than 20 companies around Europe are now building the European Service Module as NASA works on Orion and the Space Launch System. 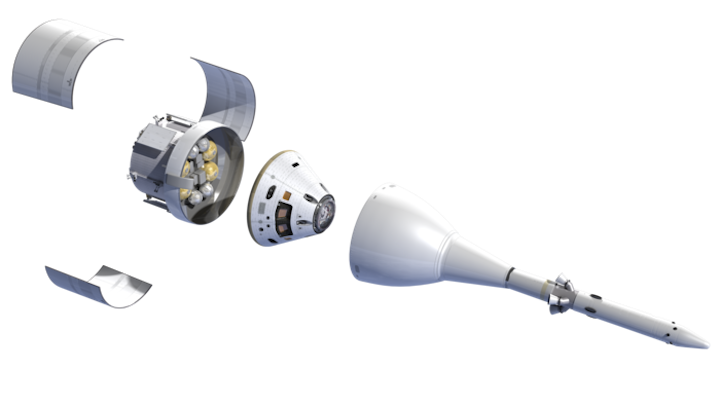 The ESA-provided European Service Module behind the crew capsule as it will be configured for Orion’s Exploration Mission. During launch, the module is encapsulated by three fairings, while the crew capsule is covered by the Launch Abort System.

ESA is joining the international space community in celebrating the 50th anniversary of humankind first setting foot on the Moon and paying tribute to the men and women who took part in this endeavour, some of whom went on to work in later NASA, ESA and international space programmes. Today, ESA and our partners are busy preparing to return humans to the surface of the Moon. During this week, we will focus on the different lunar missions being prepared by ESA and highlight of some fascinating European contributions to lunar exploration.