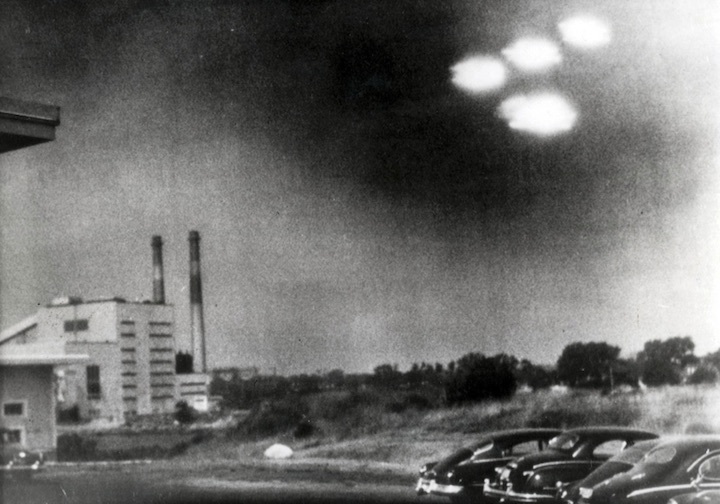 I was actually surprised to see this case on the list of unknowns. It was always my opinion the case was explained.

The Blue Book file lists this as UNIDENTIFIED but they had plenty of reason to classify it as something else. In a reported written

In another section of the file, the following is written about the photographs:

“It is believed that the photographs represent light reflections from an interior source (probably the ceiling lights) on the window through which the photograph was taken....”4

The witnesses were interviewed and the following is a summary of what transpired5:

The photographs have been discussed in various texts over the decades. Skeptics have stated that they were reflections and some proponents seemed to think they were authentic. Hynek, in his book “The UFO report” , agreed with the Air Force conclu- sion that it was a reflection in the window that was photographed.7

In my opinion, there is no reason to accept these photographs as being images of ‘true UFOs’. Instead, they are probably either “re- flections” or a deliberate hoax perpetrated by Alpert. I find it difficult that Alpert, as a knowledgeable photographer, could be easily fooled by reflections. While it may have been possible, I think he probably knew what he was photographing or had planned this ahead of time (with the first half of a double exposure already in the camera or by positioning himself so the reflections were visible). His desire to have a witness run in and “just miss” what he photographed could have been part of the plan to create a convincing image. It is important to note that Alpert had attended the Art Center school at Los Angeles8, where he might have learned the art of double exposure photography. Even if he had not learned it there, learning to create a hoax would not be hard. All it would have taken was some experimentation prior to conducting the exercise. Had the resultant photograph not looked convincing, he would never have had to come forward and would have told the corpsman that the photograph did not turn out.

In my opinion, this case can be explained as a reflection on the window or a hoax. Either the witness did not recognize these were reflections or he thought he could get away with a hoax. I am not sure why Project Blue Book did not follow its instincts on this case but it probably had to do with negative publicity. This case should be listed as explained.