It was during a survey of the skies in June 2014 that the New Horizons team, using the powerful Hubble Space Telescope, located several small, ancient Kuiper Belt objects that New Horizons spacecraft could reach with the expected fuel remaining onboard after its planned, first exploration of Pluto the following summer.

One of those objects, spotted in Hubble images on June 26, 2014, by science team member Marc Buie, was given the designation "PT1" – the first of three "potentially targetable" candidate flyby targets. It was the faintest and smallest of the lot, but it was most reachable within the mission's fuel budget and in the ideal timeline. So in August 2015 – now with the official designation 2014 MU69 – it was selected by NASA and the New Horizons mission team to be the farthest object ever explored by spacecraft. Later that year, New Horizons fired its engines to target the intercept of MU69.

New Horizons brought in the new year with a flawless Jan. 1 flyby of MU69 – nicknamed Ultima Thule – ushering in the era of exploration from the enigmatic Kuiper Belt, a region of primordial objects that holds keys to understanding the origins of the solar system.

"The search for, and discovery of, our first Kuiper Belt flyby target five years ago was major exploration achievement," said Alan Stern, New Horizons principal investigator from Southwest Research Institute in Boulder, Colorado. "No other mission has ever targeted and explored an object that hadn't even been discovered when it launched. And that never could have happened without the determination and dedication of the New Horizons team and the talented Hubble search team we put together with Marc Buie at the helm." 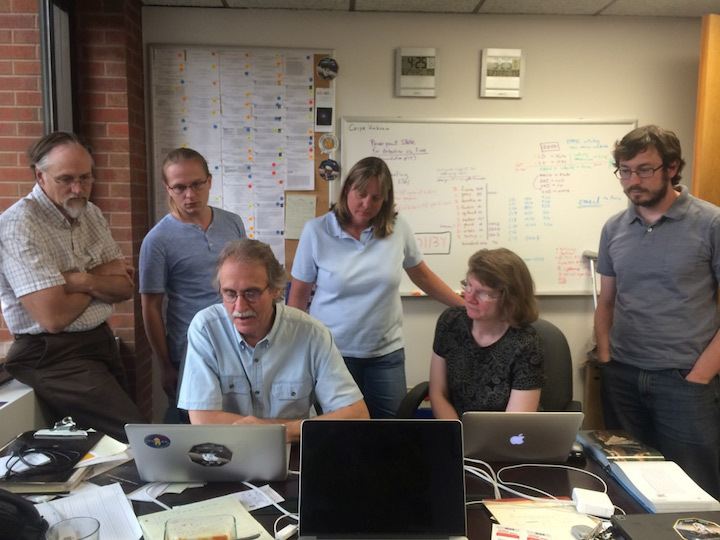