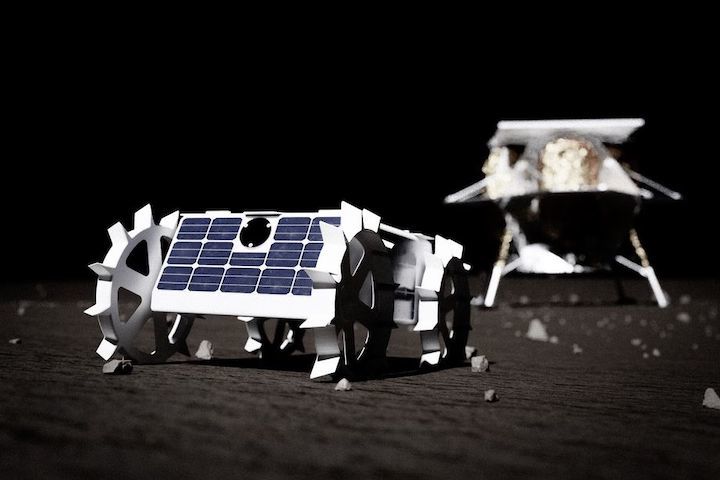 When Pennsylvania-based aerospace company Astrobotic launches its lander to the Moon within the next couple of years, a four-wheeled robot no bigger than a toaster will be along for the ride. The robotic rover, built by Carnegie Mellon University, will help test just how small rovers can get and still survive on the Moon’s surface.

Last week, NASA awarded Astrobotic a contract of $79.5 million to carry up to 14 NASA-sponsored payloads on its lander, named Peregrine. Along with those, the lander will carry another 14 from other commercial companies, research organizations, and space agencies. That’s a total of 28 payloads meant to fit on a lander that’s just a little over 6 feet tall and 8 feet wide.

There’s not a lot of room on the Peregrine, which is why the rover, first announced today, has to be small. But creating a tiny, robotic rover that can survive the lunar surface’s extreme swings in temperature, low gravity, and a high radiation environment is no easy task. Typically, rovers are built big and hardy to withstand the harsh environments of other worlds, as well as to carry as many scientific instruments as possible; NASA’s Curiosity rover on Mars, for instance, is the size of a car.

“HAVING ROVERS ON THE MISSION IS CRITICAL AND AN EXCITING PART ABOUT IT,”

But the rovers of the future might have to downsize. Along with this American-made robotic rover, Peregrine is also carrying a handful of other pint-sized rovers. A Japanese company called ispace plans to supply a rover for the lander, and Mexico’s space agency is providing a few micro-rovers for the mission. Including such mobile platforms is going to be an important part of Astrobotic’s mission, according to the company. “Having rovers on the mission is critical and an exciting part about it,” John Thornton, the CEO of Astrobotic, tells The Verge. “It will give us ways to look back on the lander itself, to explore the surface to see the surroundings, and to really just kind of expand our knowledge of the terrain and the area around our landing site.” 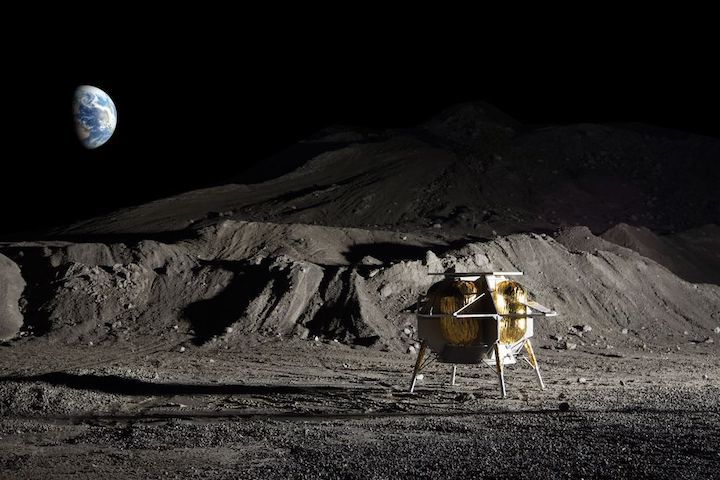 An artistic rendering of Astrobotic’s Peregrine lander on the MoonImage: Astrobotic

The stakes are big for the small rovers. Proving that pint-sized rovers can work on the Moon could open up lunar exploration to other groups, as tinier robots are cheaper to build, easier to make, and lighten loads for rockets. “We’re actually pushing the boundary of small,” Red Whittaker, a roboticist at Carnegie Mellon leading the development of the American rover, tells The Verge. “So much of the future of space is robotic. And within robotics, small is the next big thing.”

There are a lot of limitations that come with smaller rovers, according to Whittaker. For one, these small cars can be harder to drive on rough planetary surfaces. It’s also difficult for them to generate power and regulate their temperature, as there isn’t as much room to include hefty solar panels and radiators. And it can also be difficult to include numerous scientific sensors in such a limited space.

“SO MUCH OF THE FUTURE OF SPACE IS ROBOTIC. AND WITHIN ROBOTICS, SMALL IS THE NEXT BIG THING.”

To overcome these challenges, Whittaker and his team are building the four-pound rover with (relatively) large wheels that can help it navigate the lunar terrain. The limited gravity on the Moon should actually work in the rover’s favor, as the machine will require less energy to drive. To regulate temperature, Carnegie Mellon is experimenting with putting all the electronics sensitive to heat and cold on a single circuit board and coupling that to the rover’s radiators. “A great deal of what I’m about to do is to determine that these ideas for addressing the typical challenges, in fact, work,” says Whittaker.

Right now, Astrobotic is still assessing its launch options for the Peregrine, but once the lander reaches the Moon, the spacecraft will set the rover free. From there, it will attempt to travel up to 100 meters on the surface and capture images of the surface with an onboard camera. But even under the best circumstances, the rover isn’t expected to last long. On the Moon, the two-week-long lunar night will eventually plunge the rover into darkness and frigid temperatures, sealing its fate. “All rovers die, and this will die in the lunar night,” says Whittaker. “And that’ll be because the kind of batteries that are reasonable to acquire quickly just simply can’t tolerate that kind of deep, deep cold.”

Long after this rover’s brief adventure is over, robotic rovers will be needed to pave the way for future lunar explorers. Such machines could be used to scout the Moon’s terrain before people arrive, looking for resources like water ice and determining just how much can be extracted for future use. And the smaller these rovers can be made, the easier it will be to send them to the lunar surface. Whittaker also claims that instruments like cameras, spectrometers, and more are being made small enough to fit on toaster-sized rovers. “You’d actually be surprised,” Whittaker says. “There’s a tremendous amount of highly miniaturized instrumentation that’s being developed.”