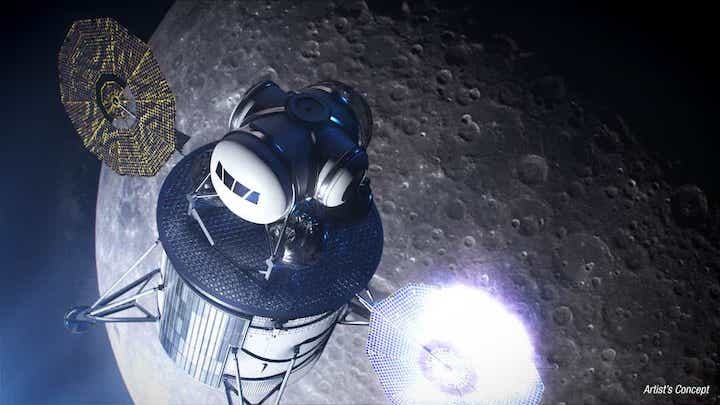 An artist's rendering of Gateway, the lunar orbiter that will be a key part of future NASA human moon missions.
NASA

CAPE CANAVERAL — The key to getting humans back to the moon will be the equivalent of a motor home in space, said one of the people responsible for building it.

Gateway, NASA's proposed lunar orbiter, is essential to returning humans to the moon by 2024, said Mark Weise, one of the Gateway program's managers during a panel discussion at Space Congress Wednesday.

Weise compares Gateway to the Base Camp at the foot of Mount Everest, where climbers gather all the equipment they'll need to try to reach the peak.

While astronauts will be able to spend some time on Gateway, it won't be the lunar equivalent of the International Space Station, which Weise described as "house in space."

"This is an RV we will have in lunar orbit," he said.

More: NASA experts: Complacency and silence are the enemies of spaceflight safety

NASA has dubbed the return-to-the-moon program Project Artemis, after the Greek goddess of the hunt and the moon, who was the twin sister of Apollo.

Panelists said NASA engineers and scientists are increasingly optimistic — and excited — about the prospects of returning humans to the moon within five years and then eventually on to Mars.

Last month, the Trump administration asked Congress for an additional $1.6 billion in the coming fiscal year to jump start the Artemis program.

They acknowledged that doing so won't be easy, though they are confident NASA and its commercial partners can overcome any technological hurdles they might face.

The most difficult part of the mission won't technological, Weise said.

"The hardest part will be explaining what we are doing so the public supports us."