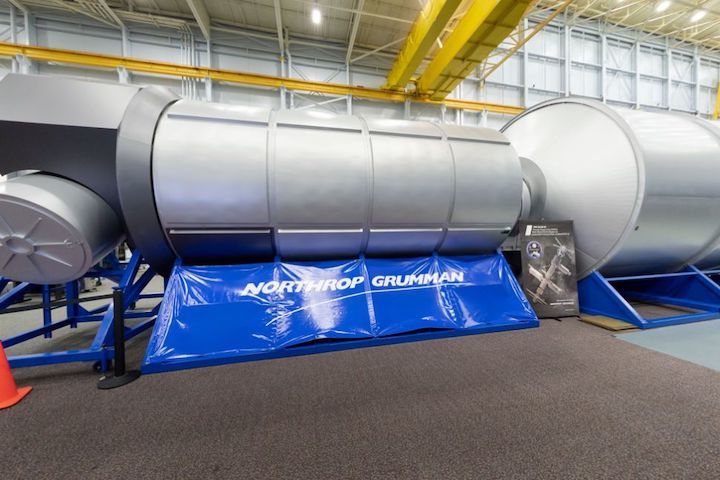 NASA and Northrop Grumman Innovation Systems have completed ground testing of a deep-space habitat prototype, which may help return astronauts to the moon.

The deep-space outpost, known as the Gateway, is a key element of NASA's Artemis program, which plans to put astronauts down near the moon's south pole by 2024. The Gateway would provide an orbiting base around the moon from which astronauts could descend to the lunar surface or go farther into space.

NGIS and NASA crew commanders completed a series of tests on a full-scale ground mock-up, which consists of two habitat modules and an airlock/tunnel. The tests, conducted at NASA's Johnson Space Center in Houston, come as part of Northrop Grumman's participation in the Next Space Technologies for Exploration Partnerships-2 (NextSTEP-2) program.

The prototype is based on Northrop Grumman's Cygnus spacecraft, which is used to deliver supplies to the International Space Station (ISS). The mock-up is outfitted with crew-exercise equipment, life-support systems, a toilet, a viewing window, a galley, sleeping quarters, science racks, a radiation shelter and robotics workstations, according to a statement from Northrop Grumman.

"As one of NASA's NextSTEP-2 partners, Northrop Grumman has spent the last year and a half designing this habitat," Chad Davis, senior manager, mission operations at Northrop Grumman, said in the statement. "By utilizing the design of our flight-proven Cygnus spacecraft, currently docked with the ISS, we've worked to develop a habitat that will someday allow future astronauts to live and work in deep space." 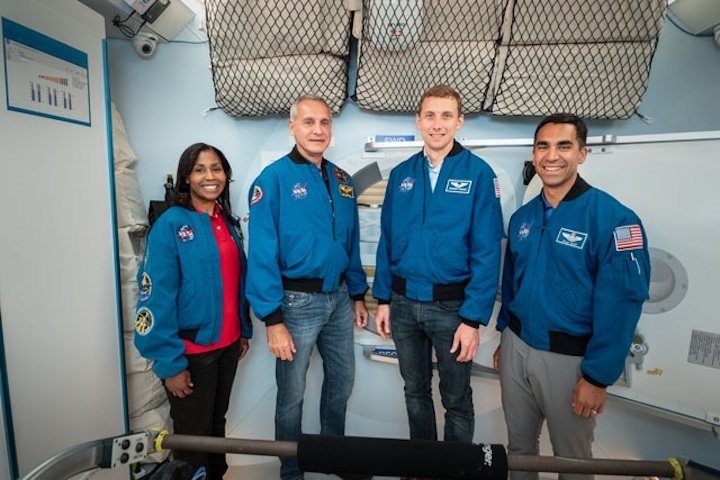 The Gateway mock-up developed by Northrop Grumman is designed for 15 years of operations around the moon. In addition, it has the capability of sustaining an Orion crew of four astronauts for long-duration missions, according to the statement.

The mock-up is one of five habitation prototypes in development through NASA's NextSTEP-2 program. Other companies working to design and test full-size, deep-space habitats include Lockheed Martin, Boeing, the Sierra Nevada Corp. and Bigelow Aerospace. 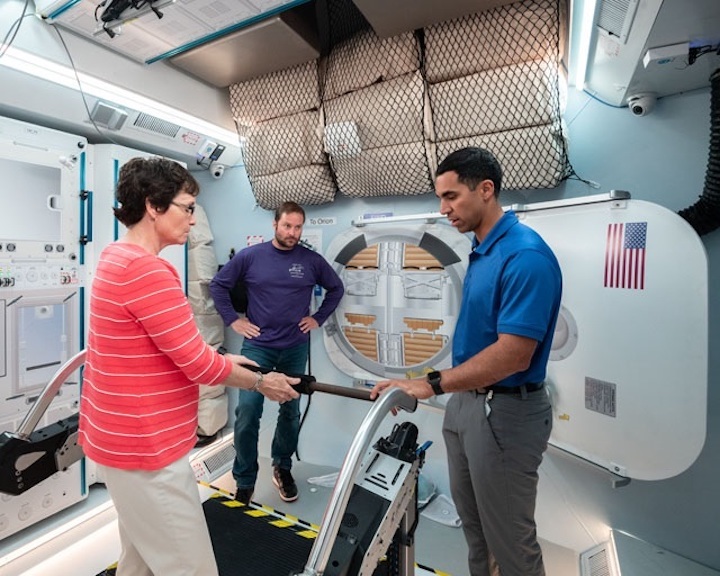 During the tests, NASA crew commanders took a look at how astronauts could live and work inside the habitat. The crew also studied the design of the habitat, controls and other interfaces, according to the statement.

"This is just one of the many ways Northrop Grumman is supporting NASA's goals of further exploration of the moon and beyond," Davis said in the statement.