Chemical traces in the atmospheres of stars are being used to uncover new information about a galaxy, known as the Gaia Sausage, which was involved in a major collision with the Milky Way billions of years ago. 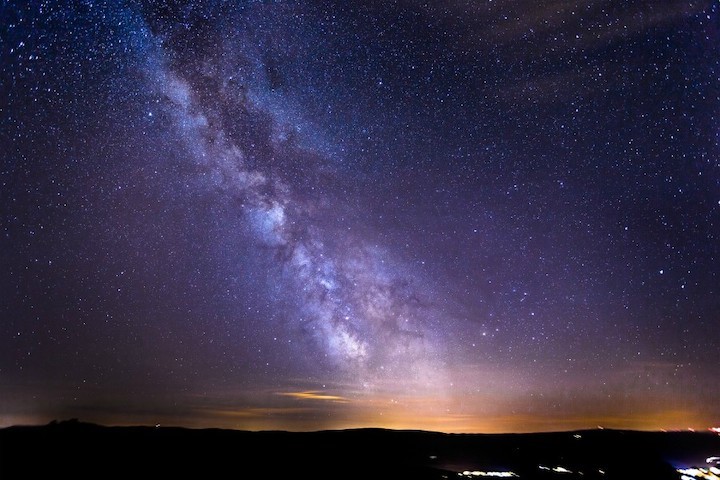 Astrophysicists at the University of Birmingham in collaboration with colleagues at European institutions in Aarhus, Bologna and Trieste, have been studying evidence of the chemical composition of stars in this area of the Milky Way to try to pinpoint more accurately the age of the smaller galaxy.

The Gaia Sausage was identified last year by an international team using information from the European Space Agency’s Gaia satellite. Its merger with the Milky Way, estimated to have occurred about 10 billion years ago, is thought to have contributed to the shape of the Milky Way that we recognise today.

Using only the information about the chemical traces of Gaia Sausage stars coming from the international APOGEE astronomical survey, the Birmingham researchers have pinpointed more precisely the age of the galaxy. By developing detailed models of the production, or nucleosynthesis of chemical elements by all kinds of stars and supernovae in the cosmos, they estimate the Sausage was formed around 12.5bn years ago – 2.5bn years older than suggested by previous estimates.

“Elements interact with light in different ways and so by studying the properties of light from the stars, we can infer the chemical make-up of those stars,” explains Dr Fiorenzo Vincenzo, in the School of Physics and Astronomy at the University of Birmingham.

“All chemical elements heavier than helium are produced by stars via thermonuclear burning deep in the heart of the star. Different chemical elements are typically synthesised by different kinds of stars in the cosmos. The oxygen atoms that are so important for life processes, for example, were deposited in the interstellar medium by many successive generations of massive stars until they were incorporated by our planet about 4.5 billion years ago. We can measure the relative proportion of different chemical traces in the atmosphere of stars and use this measurement as a clock to determine their age.”

Calculating the ages of stars accurately is a complex process and the technique used by the Birmingham team provides one piece of the puzzle. The next step will be to cross reference the chemical data with evidence from other techniques, such as studying the relative speeds at which stars move – a project also underway at the University of Birmingham.

The merger between the two galaxies seems to have produced another effect, too. The team spotted a gap in the age distribution of stars in the Milky Way, that occurred at the same time as the merger, suggesting that the collision caused an interruption in star formation within the Milky Way.

“We speculate that the turbulence and heating caused by the merger of the Gaia Sausage with the Milky Way could have prevented the formation of stars at this time,” says Dr Vincenzo. “However to confirm this we would need even more precise measurements of the ages of the stars in the Milky Way and in the smaller galaxy.”

The study is published in Monthly Notices of the Royal Astronomical Society and is part of the Asterochronometry project, funded by the European Research Council and led by the University of Birmingham. The main aim of the project is to pinpoint precise and accurate stellar ages – a keystone for understanding the assembly history of our galaxy.

In this study, the team focused on the chemical traces left by three elements – iron, silicon and magnesium. The next step will be to incorporate measurements from other elements to build an increasingly accurate picture.