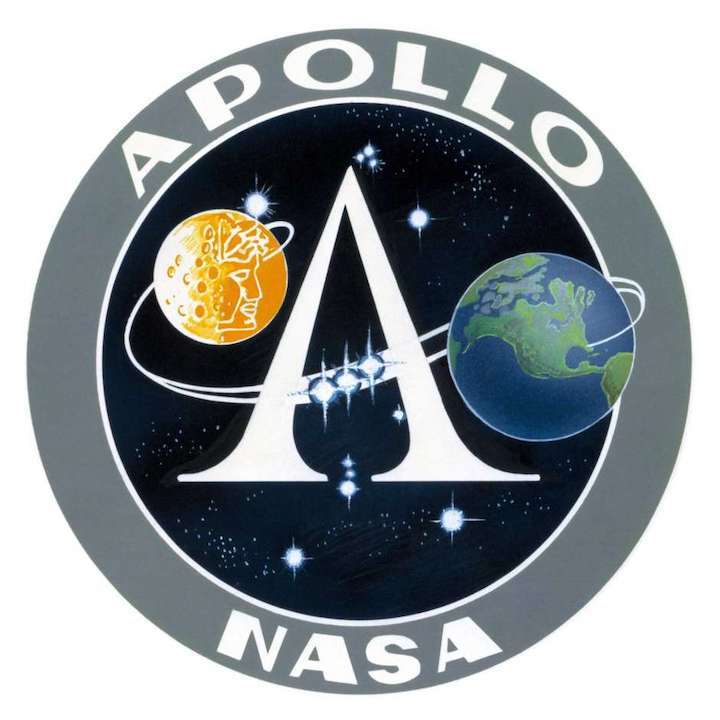 MISSION MOON: Nearly 50 years have passed since Neil Armstrong and Buzz Aldrin became the first humans to walk on the moon. Our special Apollo 50 anniversary coverage explores how the country came together to fulfill President John F. Kennedy’s goal of reaching the lunar surface by 1970, NASA’s bold missions - and crippling tragedies - since that historic day, and the future of space exploration and Houston as America’s “Space City.”

By November of 1967, with his greatest achievements behind him, President Lyndon Johnson had become fixated on a war that wasn’t going well.

His biggest concern was how to sell the growing involvement in Vietnam to the American people in the face of growing opposition. But there was plenty else on his plate. Racial tension abounded, with riots spreading from one city to another. A booming cultural revolution was taking the country by storm and making older Americans wonder what was happening to the world that they knew.

Which meant that the excitement at Cape Canaveral — or Cape Kennedy as it was then called — may have been the last thing on Johnson’s mind as engineers scrambled to make sure everything was ready for the next big day. NASA’s fast and furious launch schedule had made it hard for casual observers to keep precise track of Apollo’s progress. But this one was different. There was nothing incremental about the first launch to carry the Apollo name.

As dawn arrived on Nov. 9, the big rocket stood on Pad 39A at the Kennedy Space Center. It was all there: the giant booster, the second and third stages, and the capsule. Only the lunar lander was missing. Just 19 minutes later, history would be made — one way or another.

Though NASA wasn’t about to publicly acknowledge it, the launch was a calculated risk, more so than most such launches. In the nomenclature of the times, Apollo 4 was an “all up” test of the entire system. A meticulous, step-by-step approach was favored by Werhner von Braun’s team of rocket scientists, but that had been abandoned for much of the Apollo development out of perceived necessity. Von Braun’s closest assistant, Saturn program manager Arthur Rudolph, considered the idea madness. But George Mueller was insistent.

Space Junk: Your source for NASA and space news sent to your inbox

Mueller, head of the Office of Manned Space Flight, believed that such a painstaking method of establishing flight worthiness placed the program in jeopardy of busting a deadline that had to be met. Time was the one resource in inescapably finite supply. Quality issues had dogged the moon mission’s components for several years, creating one delay after another. Then came the deadly Apollo 1 fire, which confirmed the dangers of haste while conversely stealing development time for the accident investigation.

Now Apollo was close to being back on track. It was the moment of proof for the hulking Saturn V, which was to take American astronauts to the moon. If any of the stages failed, the 1969 deadline for boots on the moon would be in trouble. NASA was confident that the biggest rocket ever built should perform as expected, but it had also studied what might happen if the Saturn V blew up on the pad. No such catastrophe had ever been seen, so it was hard to make the calculations. The first stage alone was capable of 7.5 million pounds of thrust. To be safe, no one was allowed to be within three and a half miles of the pad.

Nervously waiting for the 7 a.m. liftoff was a team of some 450 engineers and controllers, sitting behind eight rows of consoles in the Launch Control Center. Launch delays were common, and the wind was blowing hard a little before dawn. Some of the press buses were still snaking through traffic as the countdown got close, with those onboard expecting a hold at any moment. But when the time came, the wind had lessened and all looked good. Seconds after the clock reached 7, a cloud of orange and white gases billowed out from the bottom of the Saturn V.

Over the next few seconds, the force of the rocket blast reached Launch Control, rattling the windows and slamming against the corrugated metal roof of the public viewing platform. No one watching had experienced anything like it. As the rocket inched upward, the umbilicals and nine heavy supporting arms slowly disconnected and moved away in a delicately choreographed ballet. The slightest hitch could mean disaster, but everything was perfect.

Walter Cronkite, the dean of American newscasters, lost his characteristic cool as he watched the Saturn V try to get off the pad.

“Our building is shaking here!” Cronkite told TV viewers, straining to be heard over the noise. “The big blast window is shaking. We’re holding it with our hands... Oh, the road is terrific!”

Steadily lumbering skyward, the Saturn V yawed almost immediately so as to miss the tower that held it, then began the slow roll to give it the proper trajectory. Some of the visitors were worried that a malfunction was imminent, but launch controllers knew it was perfect.

“Go, baby, go!” yelled Von Braun, a sentiment that would be voiced countless thousands of times at launches in coming decades.

It went. The big first stage burned for two and a half thrilling minutes before separating, giving way to a six-minute burn by the second stage. When its fuel was depleted, the S-IVB third stage took over for another 2:25, placing it and the capsule in the planned “parking” orbit.

Two key objectives remained. The third stage had to reignite to move the spacecraft to a higher orbit before separating, then the command/service module had to execute maneuvers to prepare it for a re-entry that would simulate an actual lunar return. All went according to plan, with the command module, shorn of its service section, splashing into the Pacific Ocean approximately eight and a half hours and three orbits after liftoff.

APOLLO 1: Death of 3 astronauts in fire on launch pad forces NASA to reassess

The previous year had been fraught with failures. The intricacies of the engines on the three stages and the liquid fuel mixture had bedeviled engineers at times. But so had other things, such as problematic welds. The Countdown Demonstration Test to clear up any remaining issues had taken most of October and included the malfunction of the power-producing fuel cells.

And then on launch day, every part performed as designed and every sequence unfolded without a hitch. Mueller had been proved right. A rocket as big as a Navy destroyer that had never flown had a seamless maiden voyage. It hadn’t been that many years ago when the space agency failed to get a single rocket engine to work properly.

For that matter, it had been only weeks since a flawless launch looked like a huge roll of the dice.

“We fought that thing for seventeen days,” Ike Rigell, the chief engineer for Apollo, recalled later about the agonizing countdown test. “And then on launch day it worked... Unbelievable.”

Of course, the equally troubled lunar lander was not part of the Apollo 4 mission. It was not ready, and if it couldn’t be made right, the rest didn’t matter. But for now, the impossible dream of getting to the moon within the next two years was more alive than ever. 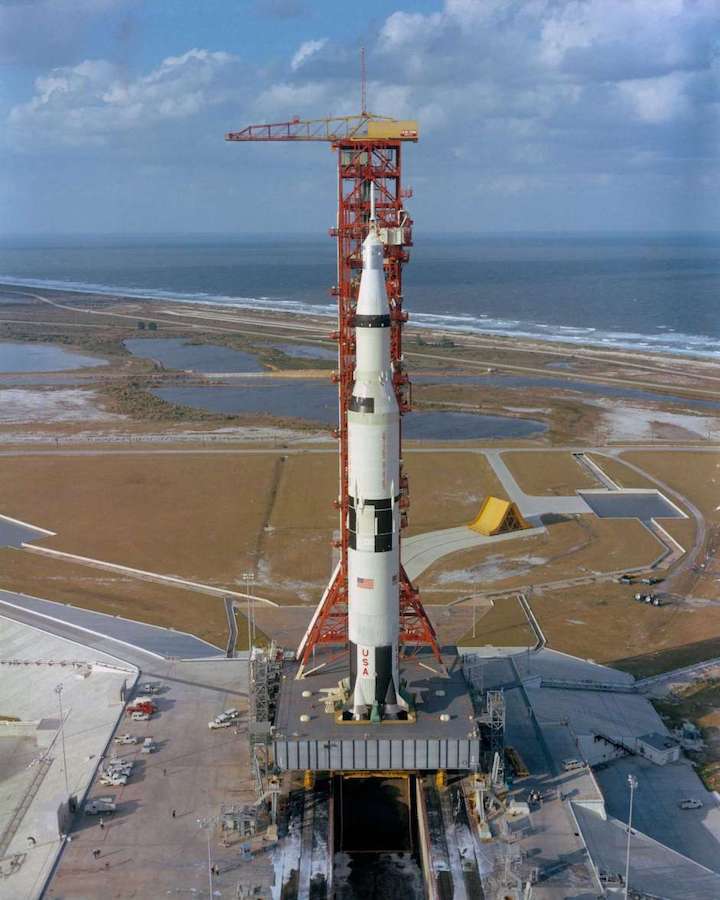 Apollo 4 Command and Service Module sits atop its Saturn 5 rocket on Pad 39A at the Kennedy Space Center in September 1967. 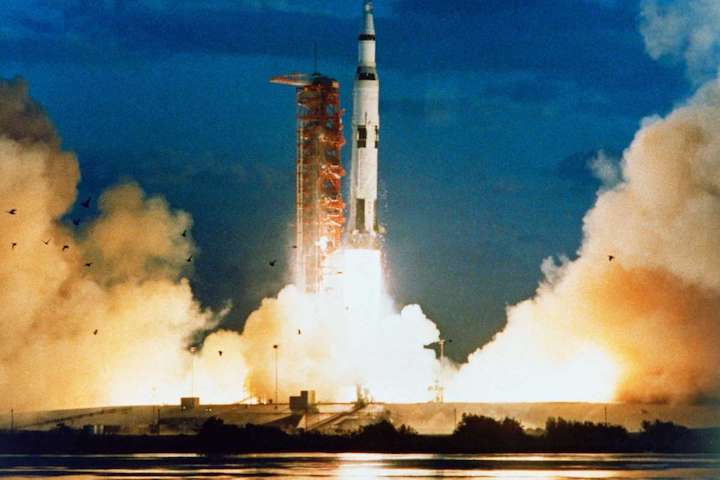 The Apollo 4 mission lifted off on time and without a hitch in November 1967, confirming that NASA’s lunar plan was on track. 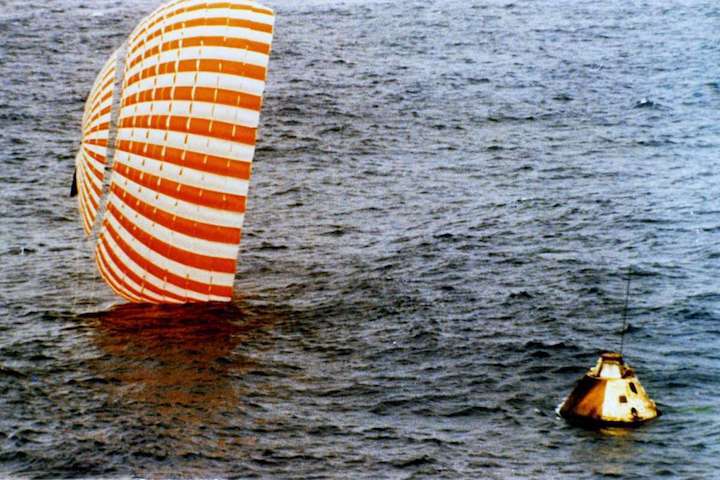 The Apollo 4 command module and one of its parachutes after splashdown in the Pacific Ocean in 1967. 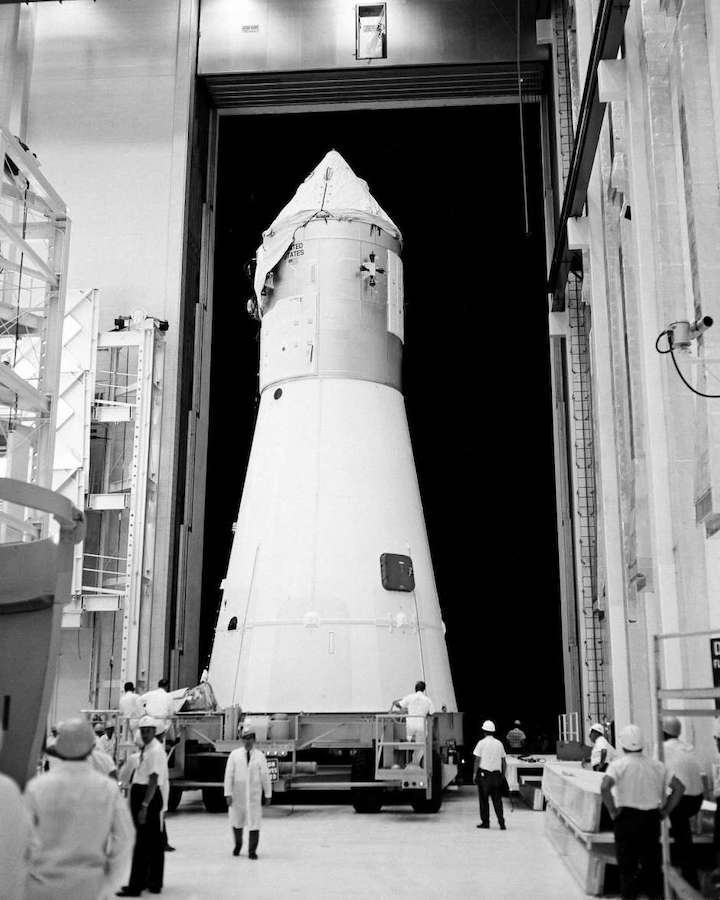 Apollo spacecraft 017 leaves the Manned Spacecraft Operations Building at Kennedy Space Center on June 20, 1967 on its way to the Vehicle Assembly Building where it will be connected to the Saturn 501 launch vehicle.