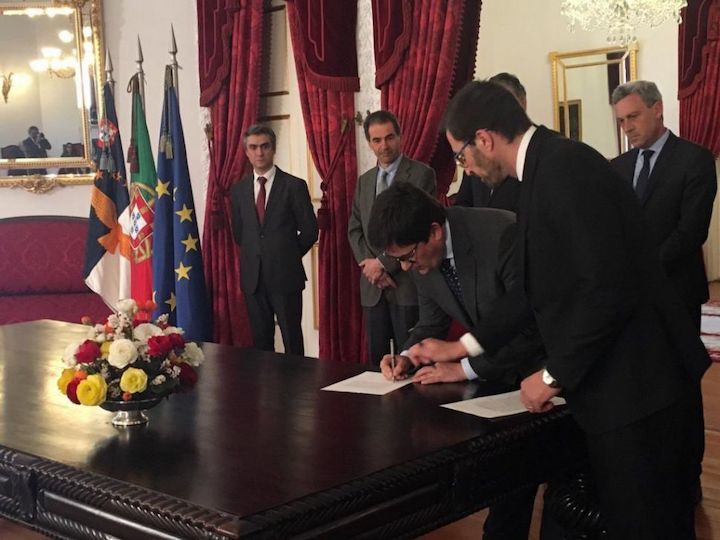 Portuguese officials sign the charter to establish the national space agency, Portugal Space, at a ceremony on São Miguel Island on March 18, 2019.

The country made its plans official on March 18, when its Council of Ministers signed the charter at a formal ceremony at Ponta Delgada, Portugal — the capital city of the Azores archipelago, where the new space agency will be based.

Located west of Portugal in the Atlantic Ocean, the Azores may soon host Portugal's first spaceport and new infrastructure for satellite tracking and monitoring. The agency's headquarters are being built on the Azores island of Santa Maria; named "Portugal Space," the new organization aims to start launching small satellites by 2021. 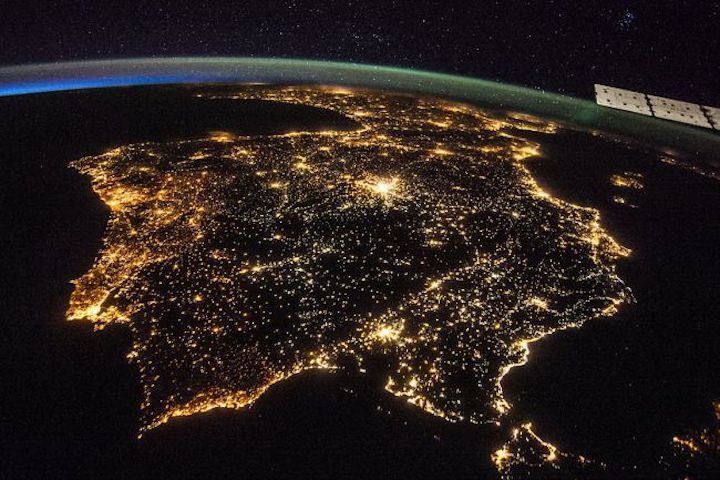 A photo taken from the International Space Station shows Portugal and Spain by night as a green aurora glows overhead.

"The Azores has a particularly suitable geo-strategic position to consider the installation and operation of a space infrastructure for launching satellites," Manuel Heitor, Portugal's Minister of Science, Technology and Higher Education, wrote in a strategic report titled "Portugal Space 2030," which outlines the budding agency's priorities over the course of its first decade.

Santa Maria is "as close to continental Europe as it is to the American continent and with a large oceanic coverage of more than 1,500 kilometers [approximately 932 miles] in any direction, [the island] offers absolutely unique advantages for the promotion and development of the 'New Space,' particularly through the ongoing reinforcement of satellite monitoring infrastructures (i.e., antennas) and, mainly, the installation of new satellite launch services," Heitor wrote.

The island of Santa Maria is also home to one of the European Space Agency's (ESA) tracking stations. Known as "Montes das Flores" (Hill of Flowers), the tracking station has a 5.5-meter (18 feet) telescope that can monitor rockets launching from Europe's spaceport in Kourou, French Guiana, and transmit telemetry between spacecraft and ground controllers. It is one of 10 stations that make up the European Space Tracking or "Estrack" network.

Portugal might not have had a national space agency until now, but Portugal's Foundation for Science and Technology (FCT) — a government agency that funds scientific research — has had a Space Programme since 2009. The nation has also been a member state of ESA since 2000; with the creation of Portugal Space, the FCT will continue to work with ESA while partnering up with Portugal's National Innovation Agency and other research institutions around the world. The Portugal Space 2030 report emphasizes that international collaboration and partnerships with the commercial sector will be key to the agency's success.

Along with its plans for the new spaceport, Portugal Space will build a new environmentally sustainable rocket that would launch from the new facility. The agency is also considering letting private companies like Virgin Galactic and Sierra Nevada use the spaceport for space tourism flights. Although more than 70 countries have established their own government space agencies, only 14 of them have the ability to build and launch rockets.